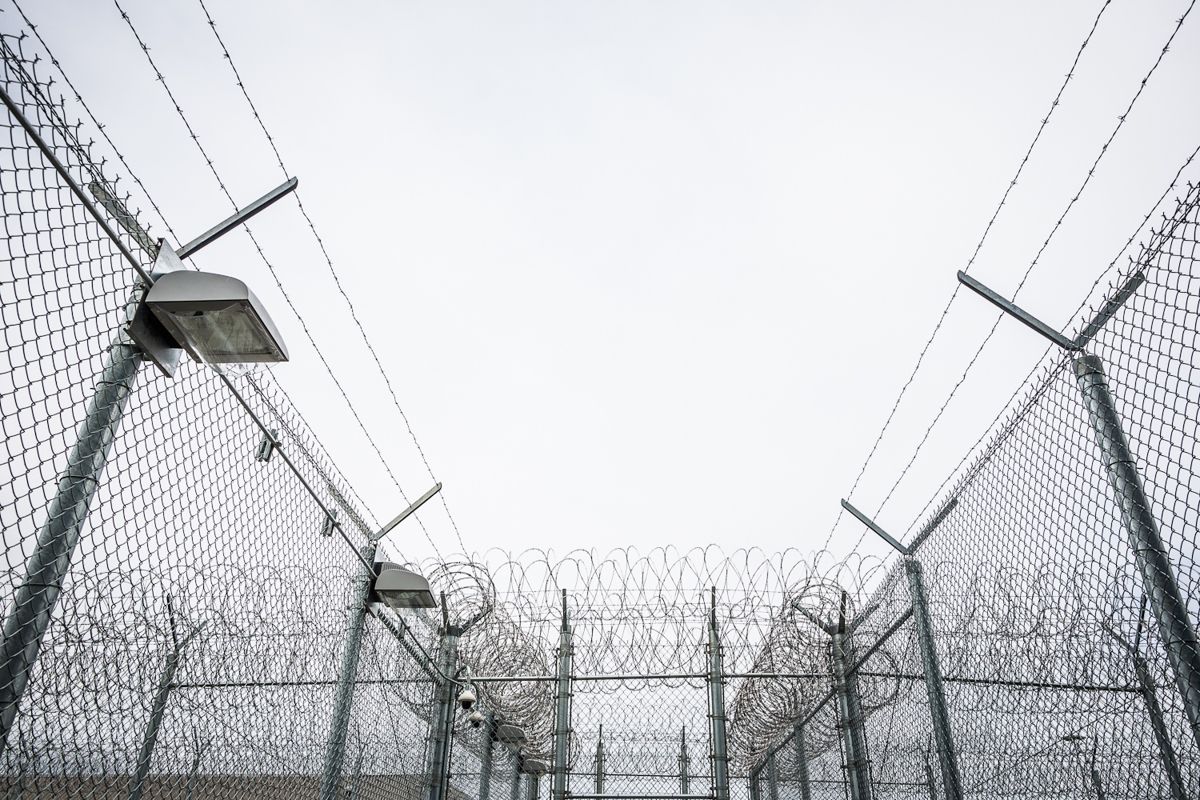 In late April, the other shoe dropped: 10 days after the first staff member of the Department of Corrections (DOC) was found to have COVID-19, an inmate tested positive.

In the U.S., a person charged with a crime is innocent until proven guilty by a jury of their peers. Then they are sentenced by a judge. The punishment is the loss of freedom.

In this pandemic, the punishment could be far worse.

Close to 5,000 people sit behind bars in Alaska’s jails and prisons, where adults in custody spend every minute packed in with other prisoners and staff. DOC’s restrictions – not letting prisoners have hand sanitizer and giving them free bars of soap for only the past month (before, DOC made them buy it) – make it impossible to maintain the cleanliness and social distancing necessary to combat this public health crisis. Every day, staff come in and out of the community and move throughout the prisons. Prisons are inherently challenging to manage, and even in the most favorable of circumstances, disease can spark and spread like a flame through dry grass.

Prisons and pandemics don’t mix, and what the coronavirus is doing Outside, if left unchecked, is a grim preview for Alaska. More than 70% of tested inmates in federal prisons have COVID-19 and, in partnership with epidemiologists, mathematicians and statisticians, we at the American Civil Liberties Union published a first-of-its-kind epidemiological model that shows an extra 100,000 people – double the current estimate – could die in prisons from COVID-19.

Alaskans deserve more than politicians’ partisan posturing. Gov. Mike Dunleavy and DOC Commissioner Nancy Dahlstrom are responsible for everyone in our prisons: prisoners and staff. That’s why we called on them to follow the expert public health guidance like their counterparts Outside: to move elderly and medically vulnerable prisoners, as well as those who would be released soon anyway, into alternatives to incarceration. At a recent COVID-19 news briefing, however, Commissioner Dahlstrom and Gov. Dunleavy reacted with a disappointing, if predictable, refusal – instead of heeding the scientists, they claimed that these measures would be tantamount to loosing violent criminals on Alaskans.

Their response is a shame and their premise, if true, is an indictment of their own incompetence. Their job – mandated by the Constitution – is to rehabilitate prisoners and correct their behavior. That’s why Dahlstrom’s title is the Corrections Commissioner: it’s her responsibility to equip those who will rejoin society to positively contribute to our communities, which reduces victimization and improves public safety. If Dunleavy and Dahlstrom are right, that every person returning from our prisons is a threat – no matter how old, how frail, or how close to repaying their debt to society – then not only have Dunleavy and Dahlstrom failed, so has our entire criminal legal system.

How did we get here? North America’s indigenous people have suffered at the hands of colonialism since the arrival of the first explorers. In Alaska, non-Native settlers brought smallpox, tuberculosis, and influenza epidemics that devastated Alaska Native populations from the 1700s until the early 1900s. Health disparities stretch into the present: according to the state’s own Healthy Alaska 2020 scorecard, Alaska Native people are 97 percent more likely than the statewide average to experience preventable hospitalizations, that is hospitalizations resulting from inadequate primary and preventative care.

Alaska’s issues with systemic racism are not unique, and neither is its addiction to mass incarceration. This is, and has been, a problem across the country since the 13th Amendment abolished slavery in 1865. Industries and communities that thrived off slaves’ “free labor” (like cotton) financially struggled. The solution? Individuals, disproportionately people of color, convicted of crimes were leased out and forced to work. Slavery metastasized into the chain gang, which not only reinforced the idea that some are worth less than others, but twisted prisons’ role into one in which they are allowed and even encouraged to act as purgatory, a place of indefinite punishment.

Prisons and pandemics don’t mix, and conquering this pandemic requires more than personal protective equipment, tests and vaccines. Immediately, we need to prevent prisons’ early cases of COVID-19 – at least one so far – from being the spark that ignites the virulent wildfire. The elderly, medically vulnerable and those who are scheduled to be released soon should all be released today: Get them out of the pandemic’s way, for their health and so that they don’t infect others. That’s how we do our part to prevent an avoidable extra 100,000 nationwide deaths.

Longer term, success demands that we collectively shift how we think about the most disadvantaged and marginalized among us – and changing our mindset requires the uncomfortable acknowledgement of ugly parts of this nation’s history: colonialism and slavery, twin threads sewn into our national tapestry, tying the present to our past.

This legacy need not define our future; in Alaska, we can cut the thread. Before COVID-19 runs roughshod through our prisons, and exploits society’s existing fault lines, we can work – together – to repair those rifts.

Prisons and pandemics don’t mix, and neither do democracy and discrimination. Our Founding Fathers were visionary: America is the first country conceived in liberty, in which everyone is equal and endowed with unalienable rights. That’s why “we the people” adopted the Constitution: to form a more perfect union, to establish justice, and to secure the blessings of liberty.

We were far from equal when those words were written, and more than 200 years later, we aren’t yet, though I believe “we the people” strive to be: That’s what making our union “more perfect” is. And if we remember what “we the people” means – all of us – we will be.

Joshua A. Decker is the Executive Director of the American Civil Liberties Union of Alaska, which for 49 years has protected the constitutional rights of everyone in the Last Frontier.