When was the best time to live in America? 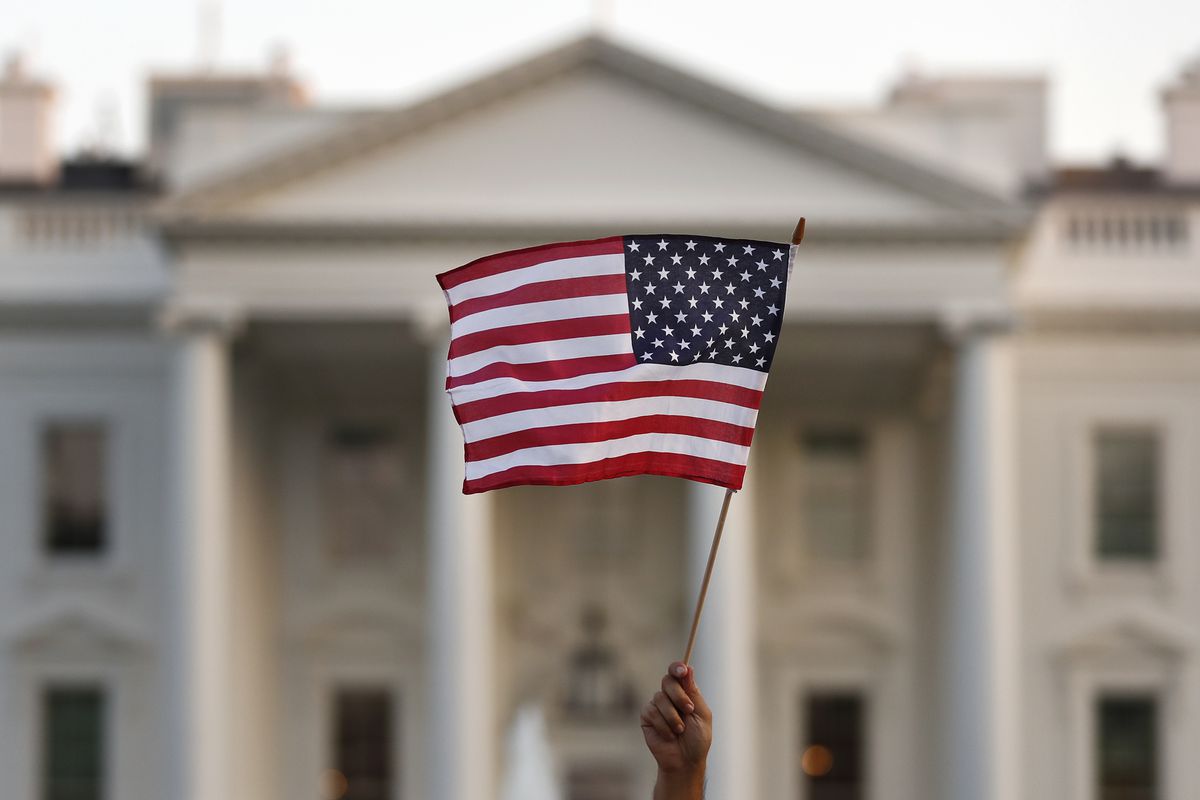 FILE - In this Sept. 2017 file photo, a flag is waved outside the White House, in Washington. The Trump administration is coming out with new visa restrictions aimed at restricting a practice known as “birth tourism." That refers to cases when women travel to the United States to give birth so their children can have U.S. citizenship. (AP Photo/Carolyn Kaster)

FILE - In this Sept. 2017 file photo, a flag is waved outside the White House, in Washington. The Trump administration is coming out with new visa restrictions aimed at restricting a practice known as “birth tourism." That refers to cases when women travel to the United States to give birth so their children can have U.S. citizenship. (AP Photo/Carolyn Kaster)

This is a highly subjective question and, amidst American’s diverse population of 328 million, there surely exists a wide range of opinions. Young people in their 20s and 30s who have been weaned on the internet and are fully immersed in today’s computer technology might reply: “This is the best time,” despite the coronavirus pandemic. Older folks like me, however, might be inclined to embrace earlier, less complicated times.

But having lived through nearly one-third of America’s 243-year history, I have some perspective on the question. I was born in March 1945, only a few months before the end of World War II. My only recollections of the Great Depression of the 1930s are my parents’ stories. My father did not have to serve in World War II or the Korean War because of a high-security position with the federal government. Because of my service in Alaska’s National Guard, I did not have to fight in the Vietnam War, which claimed the lives of several high school classmates.

After graduating from the University of Alaska (Fairbanks) in 1974, I was at the right time and place to participate in Alaska’s oil boom. That industry provided me a 40-year career. And through all of those years, I was able to live in one of the most beautiful places in the world: Alaska.

Reflecting on that stretch of time, 1945-2020, I could assert that I have lived in America’s “best time.” But then, I had parents with resources who helped me get started in college. And throughout that time that led to a long career, I enjoyed good health. Many others, I realize, weren’t so lucky.

I doubt very much I would have liked to live in America during its early days leading up to the Civil War, which claimed 618,000 lives. And while settling of the western frontier has been romanticized by Hollywood, I can’t imagine the agony of not being able to see a dentist, or dying from a painful infection caused by a simple flesh wound. And I seriously doubt that America’s indigenous people, its Indians, believed the influx of whites, appropriation of their land and slaughter of buffalo was a “good time” in their history.

“good times” were short-lived. My sister’s husband, who was born in Kansas in the early 1920s, lived through the Midwest “Dust Bowl” of the 1930s, as well as the Great Depression. He once told me it was a terrible time to live.

Those who endured the 1918-19 “Spanish Flu” pandemic that claimed an estimated 50 million lives, dramatically effecting Alaska’s Natives, probably thought the world was ending. Alaskans who survived the 1912 Mount Katmai eruption that covered Kodiak in more than a foot of ash probably felt the same.

A good decade: I’ve read the 1950s were one of the “best” decades in our country’s history. World War II was over and we were still riding the war’s economic wave. America’s industrial juggernaut elevated the middle class and greatly improved its standard of living. But those who served in the military during the Korean War (1950-53) and families who lost loved ones would certainly hold a different view.

While the prosperity of the 1950s stretched into the 1960s, the Cold War with Russia culminated in the 1962 Cuban missile crisis. In school we practiced air-raid drills. America’s emerging role in the Vietnam War caused widespread civic unrest. It was the era of college student protests, hippies and a growing drug culture. And then came three tragic assassinations: President John F. Kennedy; his brother Robert Kennedy, attorney general; and finally, civic and religious leader Martin Luther King.

Those of us living in Alaska can’t forget the 1964 earthquake, but we rallied and came through it. Perhaps landing the first men on the moon in 1969 somewhat redeemed a chaotic decade.

To me, the gentle rhythm of 1970s disco music and outrageous clothing styles were balms to the tumultuous 1960s. I recall the first Earth Day that heralded the beginning of the environmental movement. But mostly, I remember Watergate – not so much for its profound effect on American politics, but its influence on my chosen field of study: journalism. As I entered classes at the University of Alaska, it seemed every news person on the planet wanted to become an investigative journalist like Woodward and Bernstein; Washington Post reporters who broke the Watergate scandal leading to the fall of President Richard Nixon’s administration and finally, his resignation.

In my sphere, the trans-Alaska pipeline and oil development on Alaska’s North Slope dominated the 1980s to 2000s. In broader terms, I do recall President Ronald Reagan’s supply-side, “trickle-down economics” of the 1980s, which seemed to prompt outsourcing of U.S. manufacturing jobs overseas to begin a globalization of our economy. The fall of the Berlin Wall in 1991 was also a memorable event for me.

Some events of history are predictable, but I never envisioned the rise of global terrorism and how the U.S. would become so militarily engaged in the Middle East. In my mind, those are some of the most troubling and challenging developments of our time. Terrorism came home on September 11, 2001, with the aircraft attacks on New York’s twin towers and the Pentagon. Those attacks forever changed our way of life.

But in the history of our country, I can’t help but think that today, in 2020, we don’t have it so bad. Certainly, 100,000 U.S. deaths in three months from COVID-19 is horrendous. Yet unlike the food lines during the Great Depression, today’s food queues are mostly by car. Unlike earlier decades, when our nation struggled with scarlet fever, diphtheria, polio and other raging diseases, we now have vaccinations, technology and medical resources that allow relatively swift responses. With modern communications, advanced, data-crunching computers and highly trained health professionals, we have the ability to mount collaborative, global attacks on pandemics such as COVID-19, and save lives. And with the right leadership and resolve, America will join the world in confronting the existential threat posed by climate change.

As we know, bad times usually run parallel with good times. But we can try to make the best of our times, despite the circumstances. Some folks will look back on a particular Seward Mount Marathon race, a family picnic in Hatcher Pass, or a fishing trip on the Deshka River, and call them their “best” times. The “best time to live in America” can span many years, or be as fleeting as a sunset.

We need to keep our eyes open to recognize those times. Or, as the late poet William Stafford wrote: “How you stand here is important. How you listen for the next things to happen. How you breathe.”

A lifelong Alaska resident, Frank E. Baker is a freelance writer who lives in Eagle River with his wife Rebekah, a retired elementary school teacher.