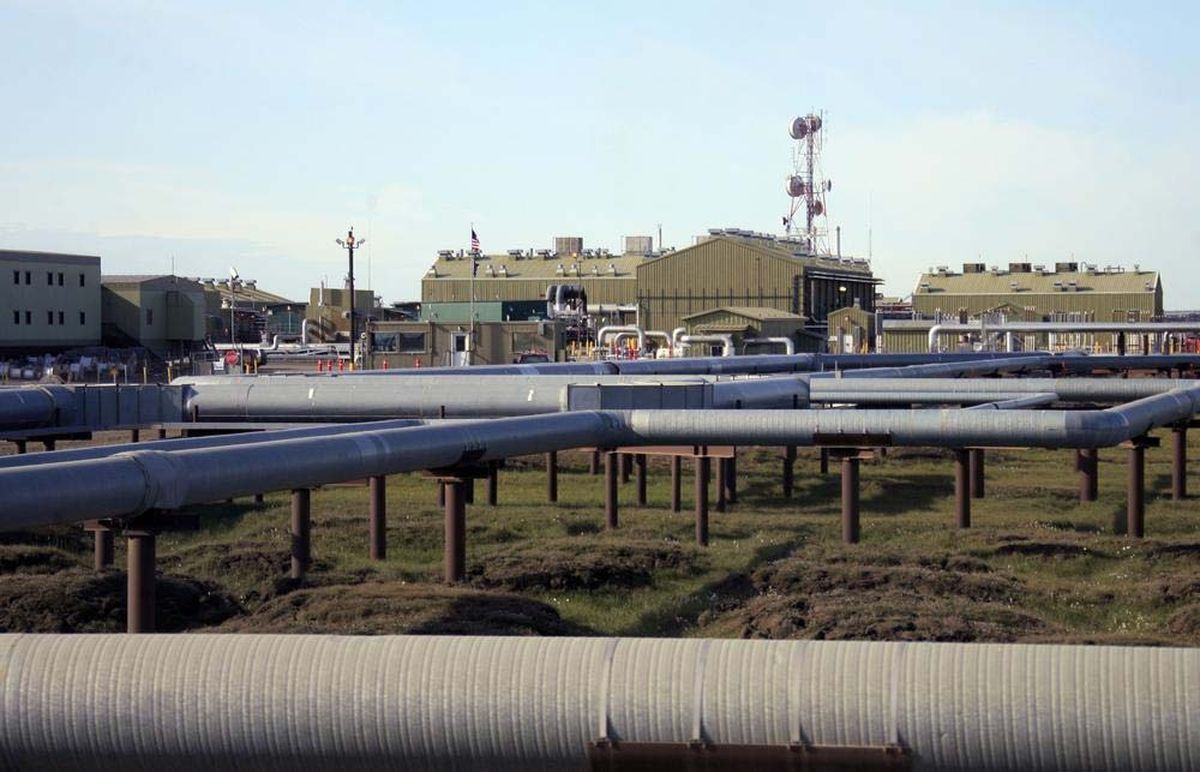 North Slope oil that comes out of the ground is crude, which consists of many things, including saltwater, carbon dioxide and natural gas. Before crude oil enters the trans-Alaska oil pipeline at Prudhoe Bay Pump Station #1, it must be processed to remove the water and gas. The processing of crude occurs at above-ground treatment facilities, which are located between the oil-producing wells and the pump station. The processed crude enters the pipeline at Pump Station 1 and travels 800 miles south before arriving at the marine terminal in Valdez.

You likely heard over the years that the pipeline has declining throughput. Some of you likely heard that it takes longer for crude to reach Valdez now than it did in the past. These are real issues.

Importantly, you may also have heard that oil tax policy was a major reason for this decline in throughput. This last belief is false; it is erroneously raised by the major producers and their surrogates.

Both production and investment in the major fields fell dramatically after the change from ACES (Alaska’s former tax policy) to Senate Bill 21, its current tax structure. In 2012, the last full year under ACES, Alyeska Pipeline Co. reported pipeline throughput averaged 547,866 barrels of oil per day. In 2019, after seven years under SB 21, the throughput was 490,366 barrels per day, a decline of more than 10%. Despite oil producers receiving billions of dollars in credits under SB 21, the North Slope is producing 57,500 less barrels per day than prior to SB 21. Most telling is that the producers failed to make the investment necessary to arrest this decline, let alone achieve the promised increase in production. During the past seven years since SB 21′s passage, we didn’t see the needed investment in wells and above-ground treatment facilities in the three major legacy fields: Prudhoe Bay, Kuparuk and Alpine. Instead, we saw less drilling and little investment in the expansion of the treatment facilities that would be necessary for any anticipated increased production.

Rather than investment into field infrastructure under SB 21, we saw our tax credits going to fund exploration and development outside Alaska and support increased stock dividends for their shareholders and rapid repayment of their company international debts and liabilities.

Expanding treatment facilities to handle more produced water and gas becomes critical to the processing of increased production from existing fields. Within existing fields, both sea water and gas are injected into the reservoir to increase production. These enhanced recovery methods increase both the total recovery of oil from the fields and the rate at which oil is produced from the wells. However, as the field depletes, the ratio of gas-to-oil and water-to-oil increases. Unless the capacity of the treatment facilities is expanded to handle the ever increasing water and gas, less oil can be processed and field production will decline.

Through expansion of key elements of the treatment facilities, these production bottlenecks can be removed. Under SB 21, the people of Alaska provided abundant credits that should have incentivized such expansions, if the credits worked as planned. They didn’t happen and production fell significantly. SB 21 didn’t work as advertised.

Under SB21, major producers have chosen not to make the investments for these expansions. This has resulted in more and more bottlenecks and lower throughput in the legacy fields. At Prudhoe Bay, the last major treatment facility was built more than 20 years ago. If SB 21 had worked in the past seven years, as promised, there would have been both increased production and associated treatment facility investment. SB21’s promise was not kept by the major producers of our legacy fields.

Expanding treatment facility capacity is critical not only to manage increased production within existing fields, but also to process water, oil and gas from smaller discoveries located close to the large fields. Expansion should also encourage production from new fields near existing infrastructure. Done right, this facility sharing model is a win-win situation. However, the legacy field producers ask very high charges of and refuse to de-bottleneck facilities to accommodate oil, gas and water from other non-partner producers. This troubling attitude makes facility sharing the rare exception.

If SB 21 worked, why was it necessary for AIDEA to subsidize the Brooks Range Mustang project? Mustang’s production could have been processed through the nearby Kuparuk River Unit facilities, but the Kuparuk River Unit owners did not allow this. Instead, Alaska had to 1) provide more money to support Mustang’s treatment facility and 2) pay the Kuparuk producers the $8 per-barrel credit, without their making any investment. An SB 21 failure.

Don’t let scare tactics influence your thinking. Be wary of arguments asserting that changes in oil taxes are a key driver in legacy field investment. The lack of investment and production decline under SB21 demonstrates that low taxes and large credits are not a key driver to investment.

SB 21 is a failed experiment and needs to be changed for Alaska to provide basic services to its citizens, to continue a Permanent Fund dividend program and stabilize our economy.

Joe Paskvan is a retired attorney and former state senator. He lives in Fairbanks.