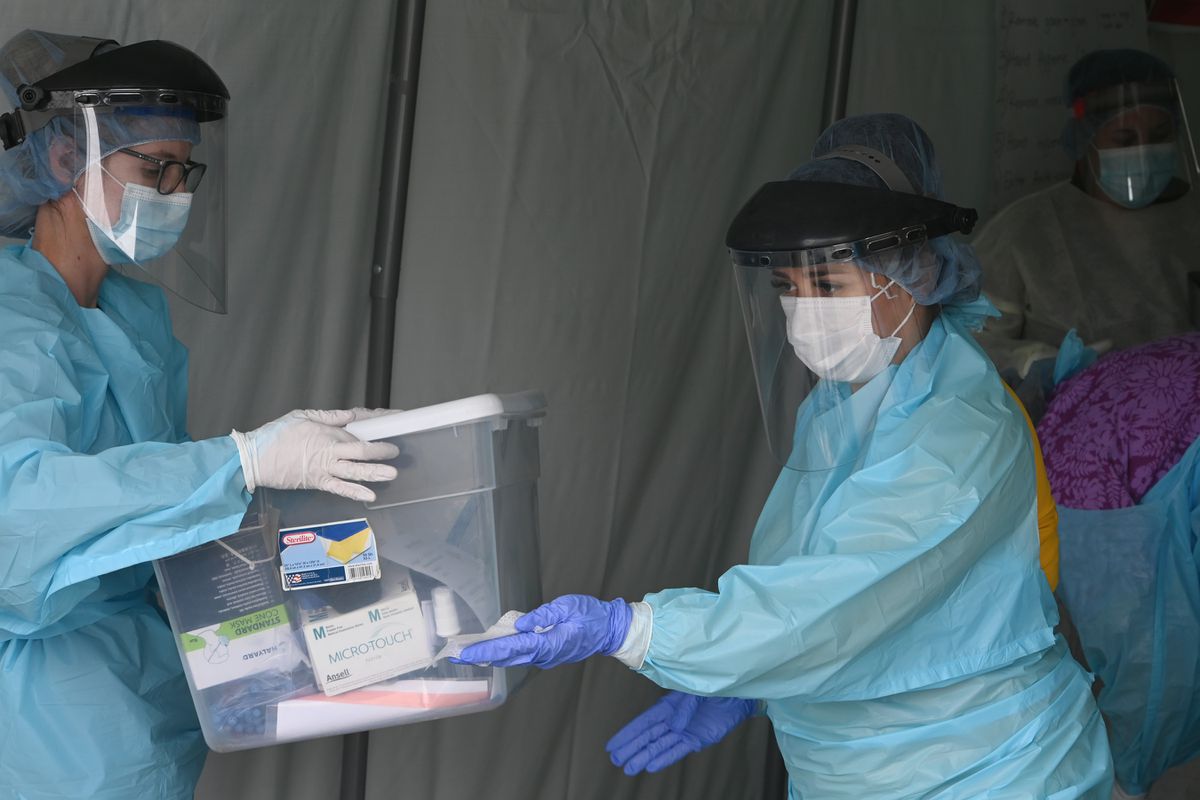 After the Japanese attack on Pearl Harbor, President Franklin Delano Roosevelt invoked federal law to mandate production of armaments to defend Americans and the rest of the world from the Axis threat. As a result of America’s massive ramp up in defense production and engagement from citizens right down to victory gardens and war bond purchases, we won WWII and made the world safe for democracy.

COVID-19 has now killed more Americans — over 100,000 — than died in all the wars since WWII. In addition to mass death, this pandemic has created the worst recession since the Great Depression. If there was ever a time to use the full power of a democratic government to protect American lives and the economy, it would be right now.

COVID-19 should be a much easier threat to mitigate than Nazism. Other countries from New Zealand to Germany have shown how to minimize COVID-19 deaths and either maintain or reopen economic activity. It requires social distancing, travel restrictions, face mask usage, and ambitious testing and contact tracing. Without such coordination, economically devastating lockdowns are the only alternative.

Unfortunately, the Trump administration and its allies financing anti-public health rallies have offered a false choice instead of a coordinated response. They claim we must accept mass death in order to reopen the economy. This false choice is preposterous: People will not return to restaurants, bars, and other businesses in sufficient numbers until it is actually safe to do so. In case there was any doubt about this logic, consider that the state of Georgia had the largest spike in unemployment after its governor refused to implement public health best practices.

President Donald Trump’s false-choice rhetoric abandons all faith in democratic government. Rather than use democratic institutions to save lives and jobs, Trump and his dark money allies make a shockingly nihilistic claim: that Americans can’t possibly act collectively to save ourselves from this pandemic. Instead, Trump and his allies claim we should accept that some of our neighbors will die — avoidably — because that is preferable to wearing a face covering in public, carrying out unbiased vaccine testing or leveraging the Defense Production Act to produce personal protective equipment. Trump’s is an ideology of impotence and learned helplessness.

Contrast Trump’s impotence to America’s muscular leadership during World War II. During that war, President Roosevelt appropriately forced industry to shift to production of armaments. He called on the public to plant victory gardens, buy war bonds, and implemented a draft to win a war against aggressors in every hemisphere. Compared to the shared sacrifice citizens made during WWII, wearing a face covering today is the least we can do.

There is no question America could lead the effort to stomp out COVID-19. We have the power in Alaska to protect our neighbors, even amidst an abject failure of federal leadership. But we can only succeed if we believe in and leverage the power of our democratic institutions.

Effective public health policies are a prerequisite for economic recovery. Only our democratic government can implement effective public health policies, whether they are enforceable quarantines for incoming travelers, adequate testing and contact tracing, and face-covering mandates. As COVID-19 rages in the Lower 48, it will become more difficult to keep infections low here. Recent testimony from public health experts demonstrates how even one super-spreader event can spawn widespread infections, so we don’t have much margin for error.

The governor’s recent retreat from public health mandates are irresponsible, and unfortunately COVID-19 cases are already spiking. As public health experts have testified, Alaska needs enforceable quarantines for travelers entering from Outside. We need a face covering mandate to reduce transmission of the virus inside buildings, as enclosed spaces with limited ventilation mean 6 foot social distancing is not sufficient in many cases. We need better availability of personal protective equipment for front-line workers and collaboration with state employee unions.

Protecting Alaskans from COVID-19 and its associated economic devastation is much harder amidst Trump’s messages of impotence and learned helplessness. Fortunately, our geographic isolation and low density mean success is still possible. We must make every effort to stomp out this virus within the state and prevent it from being re-introduced by visitors. Otherwise, this economy downturn will be longer and deeper than necessary while the death toll rises.