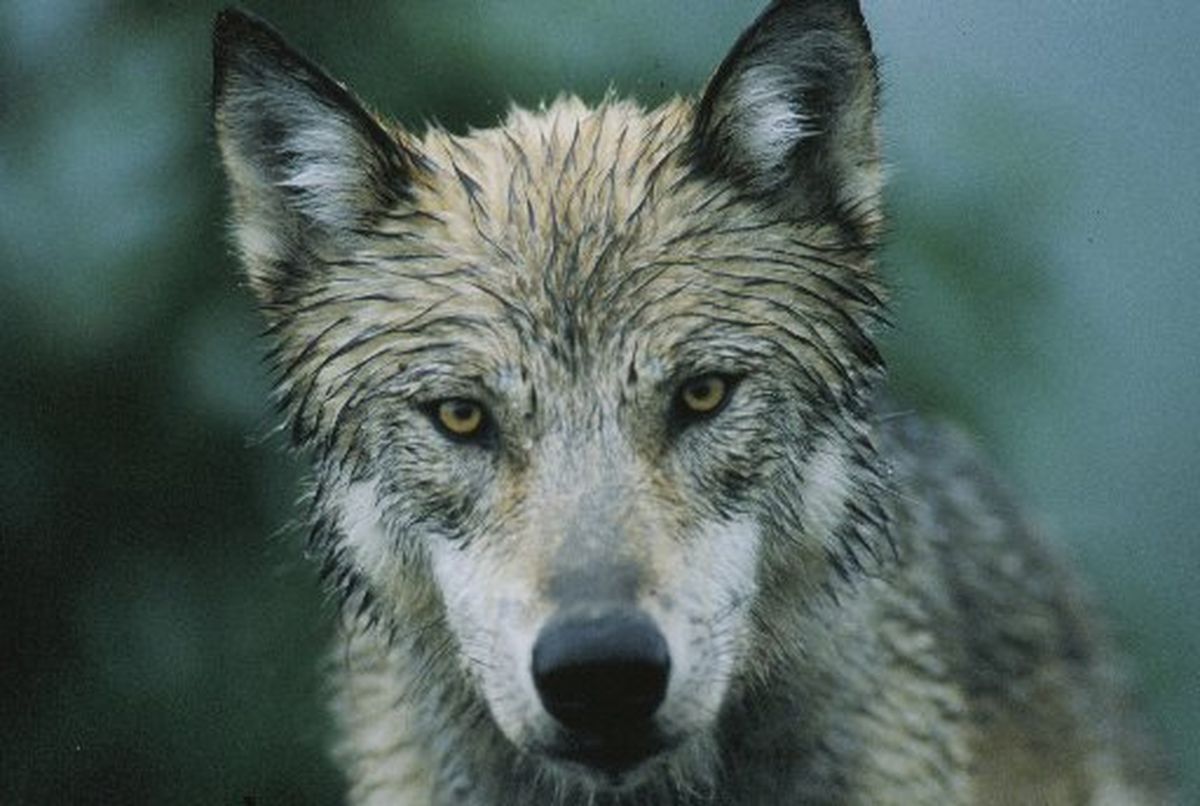 \A wolf stares out of the brush alongside the Denali National Park road, July 1998. (Bob Hallinen / Alaska Dispatch News)

\A wolf stares out of the brush alongside the Denali National Park road, July 1998. (Bob Hallinen / Alaska Dispatch News)

As we Alaskans turn our sights toward economic recovery from COVID-19, at the top of the list should be supporting tourism and providing access for viewing Alaska’s spectacular wildlife. But the Trump administration just did the opposite.

Rather than help us recover, they’re setting us back by allowing shameful trophy hunting practices that are reviled by most Alaskans — including many traditional hunters. Rather than support our recovery, the Trump administration is bending to the whims of the few wealthy trophy hunters who want to kill our treasured, iconic wildlife for nothing more than bragging rights and pictures for social media.

The administration just announced it is overturning existing policies that prohibited medieval wildlife-killing methods on more than 20 million acres of national preserves in Alaska. They will now allow such atrocities as killing wolf and coyote pups and their mothers during denning, using dogs to chase down black bears so they can be shot at close range, using bait to lure brown bears, using artificial light to kill hibernating black bear cubs and mothers in their dens, trapping black and brown bears, and shooting caribou while they’re swimming and vulnerable.

As if that wasn’t enough, the Trump administration also proposes to overturn another standing policy that prohibited using bait or dogs to hunt and kill brown bears in Kenai National Wildlife Refuge.

Aside from the depravity of killing vulnerable families in their dens as allowed under the Trump rule, baiting and hunting with dogs are unsporting and give trophy hunters an unfair advantage. To bait bears, trophy hunters leave piles of garbage and junk food like doughnuts and rotting meat on our public lands to attract hungry bears. Once the bears are lured in, they make an easy target for trophy hunters hiding in blinds. Those that aren’t killed become habituated to human food and become public safety hazards. Think about this: All of us try very hard to reduce attractants to bears in our communities and campgrounds, but this is allowable?

There is nothing courageous or sporting about these methods, nothing even closely resembling fair chase. These methods are not the Alaska way. And we’ve said as much: A 2018 opinion poll showed that an overwhelming majority of Alaskans support existing wildlife protection and public safety policies on Alaska refuges and preserves.

The animals targeted under the new Trump rules are the same ones that tourists flock to Alaska to see — often on our national preserves and the extremely popular Kenai National Wildlife Refuge. A state-funded economic study found that watching wildlife contributed twice the value to Alaska as hunting. In one year, hunting brought in $1.3 billion and 8,400 jobs; wildlife viewing brought in $2.7 billion and 18,820 jobs. That’s more than twice the dollars and more than twice the jobs. In short, wildlife viewing is one of the best ways we will recover our economy. But these new rules will not only reduce wildlife for viewing, it will also give Alaska yet another black eye in world public opinion. Can we really afford that right now?

If wolves and bears are killed by trophy hunters, they won’t be there for the tourists to see — and tourism spending will be affected. Already, because of the state’s refusal to establish protections along Denali National Park’s eastern borders, Denali has been eclipsed by Yellowstone as the best place to watch wolves in the wild.

Incredibly, the proposed Kenai National Wildlife Refuge rule also put tourists themselves at risk. The proposed rule expands trophy hunting and trapping in high-use recreation areas and removes a prohibition on the discharge of weapons within one-quarter mile of campgrounds, trail heads, public buildings and near busy river areas where anglers and boaters are recreating. That’s right: You could be fishing along the Russian River or camping at Skilak Lake, and have a bear hunter’s bullet buzz by your head.

To most, a wildlife refuge or preserve is a sanctuary for wildlife — a place of safety and security where diverse ecosystems can flourish and function, and people can enjoy them. But with the recent steps taken by the Trump administration, our public, protected lands have been transformed into places that are anything but. I’ve always loved my home state’s raw and rugged beauty, echoed in the charismatic carnivores that call Alaska home. But ruggedness does not necessitate cruelty.

As Alaskans, we can speak up against the Trump administration’s shameful gifts to trophy hunting interests and ensure the longevity of our iconic wildlife and the integrity of wildlands and wildlife management. Comments on the Kenai wildlife rule are open until Aug. 10.

Watchable wildlife is one of our pathways to economic recovery. We need the state and federal administrations to recognize that, and to help us achieve that—not to impede our ability to find our way forward.

Longtime Alaskan Marybeth Holleman is author of “Among Wolves,” “The Heart of the Sound,” and others. www.marybethholleman.com.