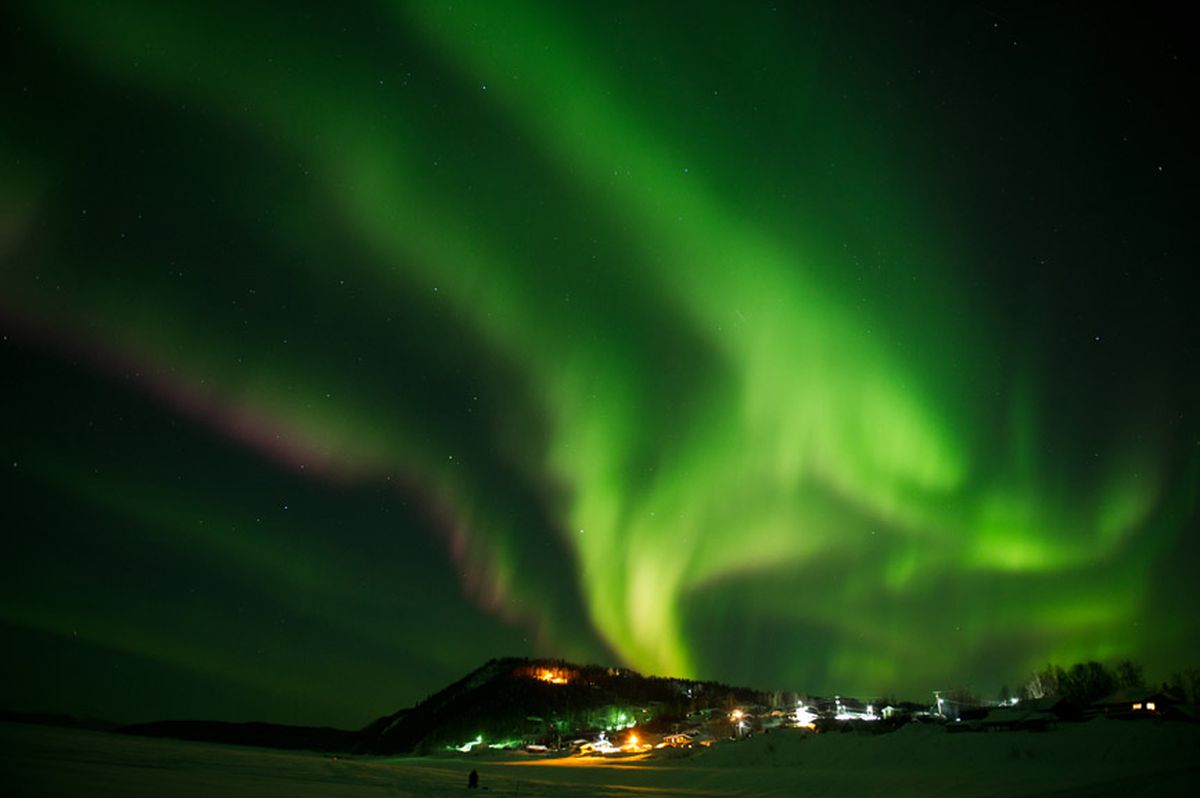 Marc Lester / Anchorage Daily News The aurora borealis swirls in the sky over the Yukon River village of Ruby, Alaska, a checkpoint of the Iditarod Trail Sled Dog Race on Friday, March 9, 2012.

Marc Lester / Anchorage Daily News The aurora borealis swirls in the sky over the Yukon River village of Ruby, Alaska, a checkpoint of the Iditarod Trail Sled Dog Race on Friday, March 9, 2012.

Tourism is a vital part of the Alaskan economy. In a normal year, some 2.25 million visitors come to Alaska and spend $2.2 billion during their stay. Those visitors provide 10% of Alaska’s jobs. Tourism brings $126 million in state revenue and $88 million in municipal revenue, with a total economic impact of $4.5 billion.

Funding provided by the Legislature in the Alaska destination marketing program has been money well spent, with a 2017 study by Tourism Economics concluding that tourism investment is a winner. For every $1 spent by the state, we enjoy $58 in visitor spending, $21 in income for local residents and $2.84 in state and local taxes. Yet, between 2012 and 2017, the Legislature cut destination marketing funding by 79%. As a result, we lost an estimated $189 million in spending from visitors who never came.

Today, there are no funds set aside to promote Alaska as a travel destination. Tourism has shown it can be a sustainable economic engine for this state, but people are going to need to be encouraged to come here. The normal allure that Alaska offers will not be enough. It will require funding for the Alaska destination marketing program to provide visitors with confidence that they can come here and have safe, memorable experiences.

Aside from just trying to restore previous visitation levels, now is the time to grow the role of tourism in our economy. With a heavy emphasis on cruise ship tourism, most of Alaska’s tourism businesses are oriented toward operating only in the summer. This limits residual benefits enjoyed by hotels, restaurants, retail outlets and more. While Alaska is already a year-round destination, more emphasis can be made on making it a premier winter destination. People can enjoy the beauty of our winter landscapes while skiing, dog mushing, ice fishing, snowmachining, or enjoying the northern lights.

We can follow the example of Iceland to grow our off-summer tourism economy. The current growth in their tourism economy did not begin until approximately 2007-2009, which also happened to be during a “solar minimum,” a period of low aurora borealis activity. When our Legislature was cutting tourism marketing, Alaska’s tourism grew only 21% over six years while Iceland saw its tourism grow 20% annually, jumping from 23.5% of the economy to 42%. Tourism became Iceland’s biggest industry. Iceland also shifted visitation from summer to winter months, with summer’s share of tourism dropping from 50% to 35%. While Iceland has focused on marketing its shores as the destination for aurora borealis viewing, Alaska is a better aurora destination. Fairbanks is listed as one of the best, if not the best, places to see the northern lights. There are more clear nights of aurora viewing, easy access to the north via road where aurora is more visible, more locations free of artificial lights (our lower population density means more open, dark skies), and we have a longer viewing season than Iceland when you include Anchorage — also great for aurora viewing. Yet Iceland commands a considerably larger market share of northern lights tourism. During the last solar maximum in 2015, 43.3% of visitors to Iceland purchased a northern lights tour, but a 2016 survey indicated that only 8% of returning visitors indicated they were interested in viewing the northern lights on their next trip. Alaska’s fall and winter tourism only grew 2.9% annually from 2008-2018. Alaska is a better aurora destination, but Iceland has been better at marketing.

Northern lights tourism is just one way that our economy can grow, but it is a case study to examine, and the timing is perfect for it. We are at Solar Minimum now, but in the next five years, it will build toward a Solar Maximum and produce more frequent and more active northern lights. A focused emphasis on winter tourism in the next five years will grow Alaska’s market share of northern lights tourism. Immediate funding for the Alaska destination marketing program will help the Alaska tourism industry to recover from COVID-19; more funding can give our tourism economy opportunity to grow and help us build Alaska as a year-round destination, and this will result in a more economically stable Alaska in the long run.

Carl Johnson is the owner of Alaska Photo Treks and a guest lecturer with Princess Cruise Lines. He is also a candidate for the Alaska State Senate, District N.