Ranked-choice voting is simple, and it would benefit Alaska 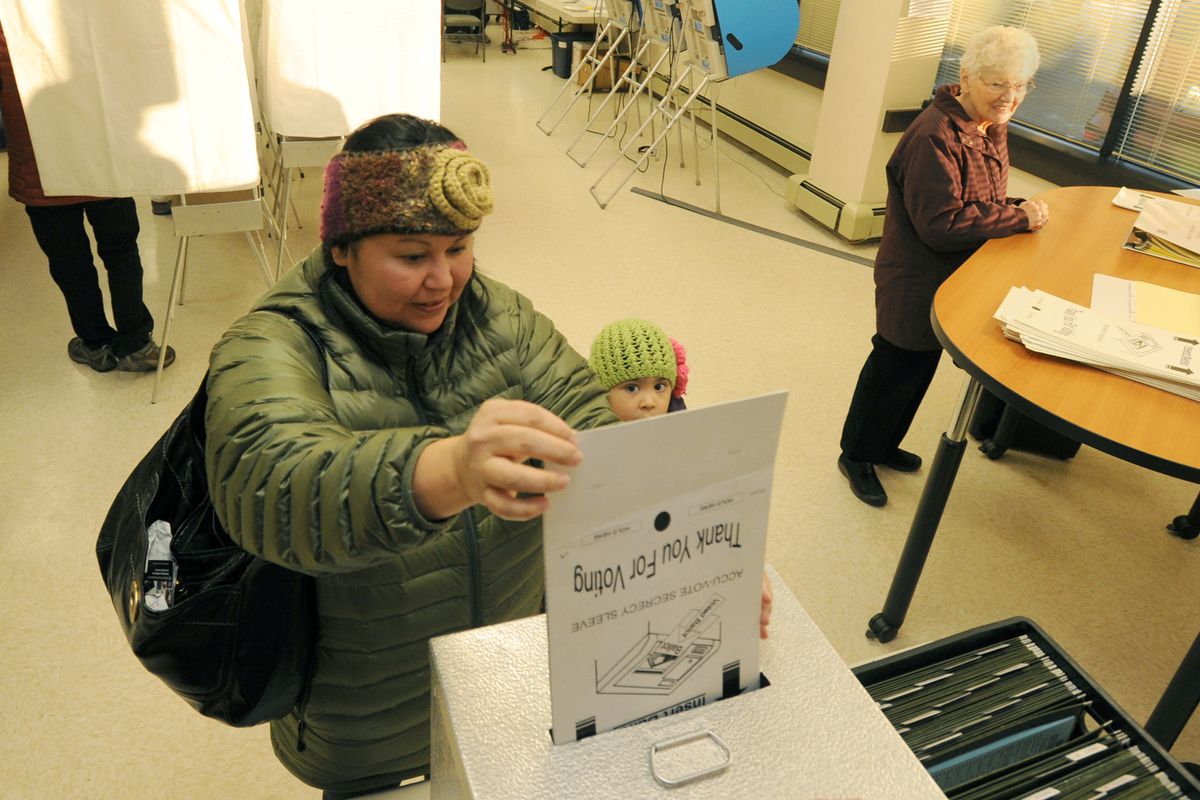 Opponents of ranked-choice voting argue that it’s confusing and could confound older voters, but its successful use by Democrats in their recent presidential primary offers evidence to the contrary.

In April, the Alaska Democratic Party allowed those participating in its primary to use ranked-choice voting, or RCV, to list the party’s presidential candidates in order of preference.

The high participation is impressive and undermines another argument by RCV’s opponents, that it decreases turnout. Not true.

There’s nothing novel about RCV. It’s been used in democracies around the world for decades. Here in the United States, it’s used for local elections in 18 cities and statewide in Maine — a state with an independent streak as wide as our own. It’s also used in several Southern states for military and overseas voting.

What’s unique about RCV is that it allows voters to list out the candidates in order of their preference. That’s it; nothing overly complicated about ranking a slate of candidates by putting a “one” next to their first preference, and a “two” by their next favorite.

That’s certainly straightforward enough for most Alaskans to grasp, regardless of age. Anyone who’s ever sent their spouse to the grocery for ice cream with instructions to get chocolate if they have it, but strawberry as a second choice or vanilla in a pinch (as long as they have chocolate sauce to go with it) can grasp the concept.

But don’t take my word for it. The results of the April Democratic primary speak for themselves. Nearly everyone who filled out a ballot took the opportunity to rank the candidates in order of their preference. With so many candidates dropping out of the race early to clear the field for Joe Biden, the option to list a second- or third-choice ensured those who didn’t select Biden or Bernie Sanders as their top picks still had their voices heard.

Almost 11% of voters picked a first-choice candidate who eventually dropped out before the primary election. Of those, more than 92% avoided “wasting” their vote, because they had Biden or Sanders as their second-, third- or even fourth-preferred choice.

RCV has several other benefits over the plurality voting system we use now, as well. RCV encourages greater participation by candidates not associated with one of the two main political parties, and it’s designed to ensure that the eventual winner is elected with the support of more than half of the voters.

Alaska has a long history of electing candidates with less than 50% support — sometimes far less.

In more than half of Alaska’s statewide races in the last decade — seven of the 13 elections for Congress or governor between 2008 and 2018 — the eventual winner earned less than a majority in their own party’s primary, the general election or both.

The result is candidates who enter office without a mandate from voters and who end up more beholden to their party than to their constituents.

With more than half of Alaskans choosing not to identify as Democrat or Republican, having more independent-minded candidates is one of the best ways we can increase participation and ensure that our elected representatives champion the issues we truly care about.

The claim that Alaskans, regardless of age, aren’t capable of listing candidates in order of preference is completely false and should offend voters. Ranked-choice voting is as simple as one, two, three. RCV is a simple change to the ballot that can make a big difference in our future.

Dorothy Shockley is Koyukon Athabascan from Manley Hot Springs, Tanana and Rampart. She currently resides in Fairbanks and serves as CEO of Bean Ridge Corporation. She worked in Juneau for eight years as a legislative aide to Sen. Albert Kookesh serving the largest state district in the country at the time. She has been politically active for more than 30 years, serving in various tribal, state and regional leadership roles. She has three children and seven grandchildren. She ran for state office in 2012 and 2014.