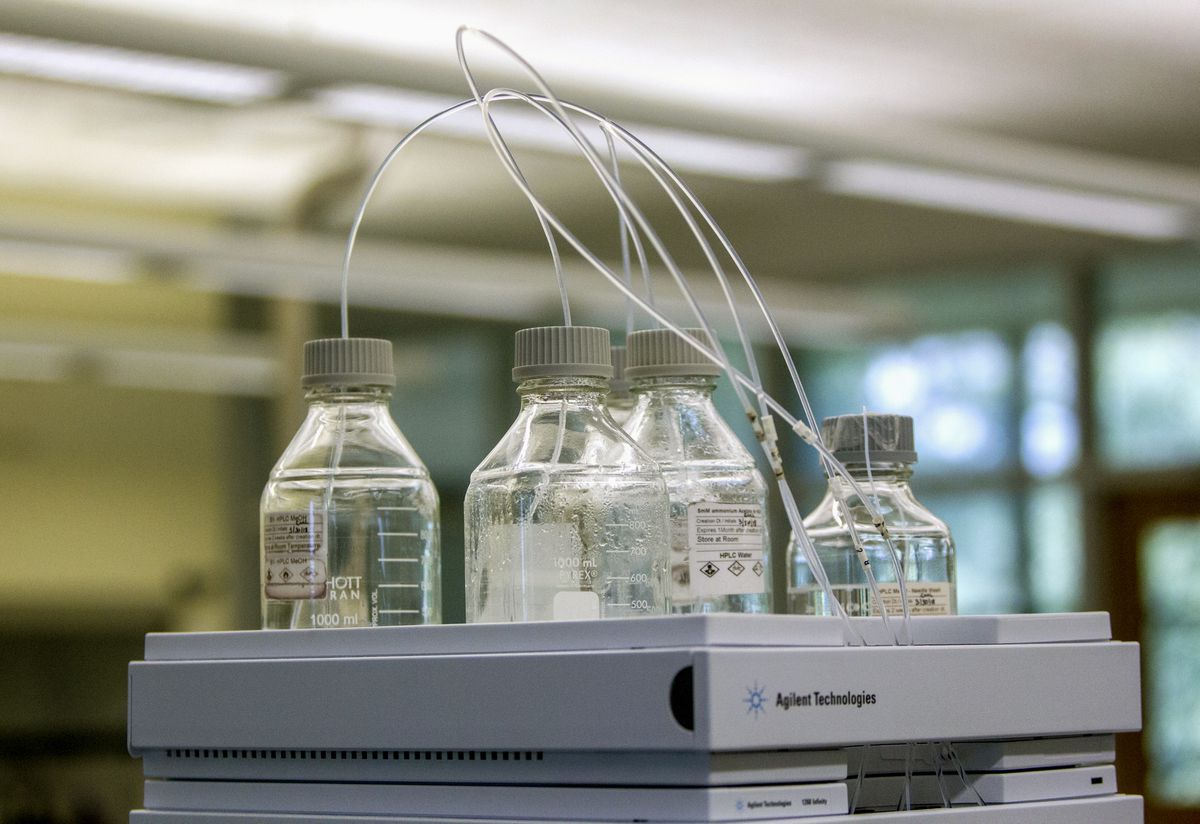 To protect the health of Alaska consumers, Sens. Lisa Murkowski and Dan Sullivan must vote no on Nancy Beck.

Alaskans are counting on our senators to ensure that we have the toughest, most comprehensive public health protections possible when it comes to toxic chemicals that harm our families, our air, our water, our food and future generations. That means ensuring that when it comes to preventing disproportionate harm to the health of Alaska Native peoples, women, children, workers and others who are most vulnerable to harm from exposure to harmful chemicals, key federal officials must put people’s health over the interests of chemical corporations.

Unfortunately, Nancy Beck, the Trump administration’s current nominee to head the Consumer Product Safety Commission (CPSC), an agency charged with protecting children and families from hazardous household products, fails this test. We urge Sens. Murkowski and Sullivan to vote no on Nancy Beck for the sake of Alaskans’ health.

There’s no better indicator of what kind of CPSC Chair Nancy Beck might be than her past experience. Beck worked as a senior executive for the trade association representing massive chemical corporations like Monsanto, Dow, Exxon and DuPont before passing through the revolving door of government to the Environmental Protection Agency, where she served for nearly two years as the top Trump appointee in the “chemical safety” division.

Beck pursued a disastrous agenda in complete opposition to the public interest during her tenure at EPA. Time after time, she protected chemical companies’ interests rather than ensuring access to safe drinking water or protection for firefighters and teachers from exposure to asbestos while on the job.

Life-threatening, cancer-causing polyfluoro-alkyl substance (PFAS) chemicals are a particularly relevant example of Beck’s corrupt loyalty. One of Beck’s first actions at EPA was to override the advice of EPA’s Office of Water and other experts and rewrite rules under the Toxic Substances Control Act to discount exposures to these and other hazardous substances when determining if they pose an “unreasonable risk” to our health. Fortunately, a federal court struck down this action. Since then, she has repeatedly opposed disclosure and protections that would help the public know when, where, and how these chemicals are making their way into our drinking water.

This isn’t some faraway problem. It matters right here in Alaska. Alaska Community Action on Toxic’s recent investigative report, “Threats to Drinking Water and Public Health in Alaska,” documented PFAS contamination at more than 100 individual sites in nearly 30 locations across our state. Our drinking water contains unsafe levels of PFAS in communities from the far north to Southeast Alaska.

During her time heading EPA’s chemical safety office, Nancy Beck was in a prime position to help address this problem, but did nothing. In fact, Sen. Shelley Capito from West Virginia and Sen. Susan Collins from Maine – states that also have been hard hit by PFAS contamination – have already announced that they cannot support Beck’s nomination precisely because of her poor record protecting the public from PFAS and other toxic chemicals.

If confirmed, Nancy Beck will be in a prime position to take additional actions that will advance and prioritize the chemical industry’s interests, to the detriment of Alaskans’ health. Government appointees should be in the business of protecting people, not corporations. Beck has not demonstrated this critical qualification to deserve this position.

We need senators who are willing to take a stand against promoting officials with anti-consumer agendas to positions of even greater responsibility. This is particularly true after they have consistently failed to protect us from toxic chemicals that are jeopardizing our most basic ability to live and thrive.

It’s not just about PFAS, either. Under Beck’s leadership, EPA determined that the harmful flame retardant hexabromocyclododecane (HBCD) poses “no unreasonable risk” to our health. Arctic Indigenous peoples are in particular danger from HBCD, as studies have shown that the chemical travels through the atmosphere and accumulates in remote regions like the Arctic. It can pass to humans through the fish and marine mammals vital to physical, spiritual and cultural sustenance.

EPA even acknowledged that “there is potential for higher risk among subpopulations with consistently higher fish consumption,” such as Alaska Native communities — yet it decided not to protect those same communities when it conducted an evaluation of HBCD’s risks.

A total of 184 nations worldwide have already agreed to ban this dangerous chemical, but Nancy Beck’s EPA saw no problem with allowing it to contaminate the traditional foods of Alaska Native communities, the same communities already suffering food insecurity from the effects of climate warming and high levels of other persistent chemicals. Our country’s position on this chemical is far out of step with the scientific and international consensus, and it’s due in part to Beck’s failure to follow the clear science.

We cannot afford to jeopardize Alaskans’ health with consumer safety officials who do not care about protecting our children and families. Nancy Beck’s record speaks for itself: She would greenlight toxic chemicals in our children’s toys and other products, putting our families at risk, and leading to more polluted air and water in our communities here in Alaska.

Senators, for the sake of our state’s populations who are most at risk—our children, women, workers and Indigenous communities, please vote no on Nancy Beck.

Vi Waghiyi is a Yup’ik grandmother and tribal citizen of the Native Village of Savoonga. She is the Environmental Health and Justice Program Director for Alaska Community Action on Toxics