The state bungled its rollout of CARES business aid. What’s next? 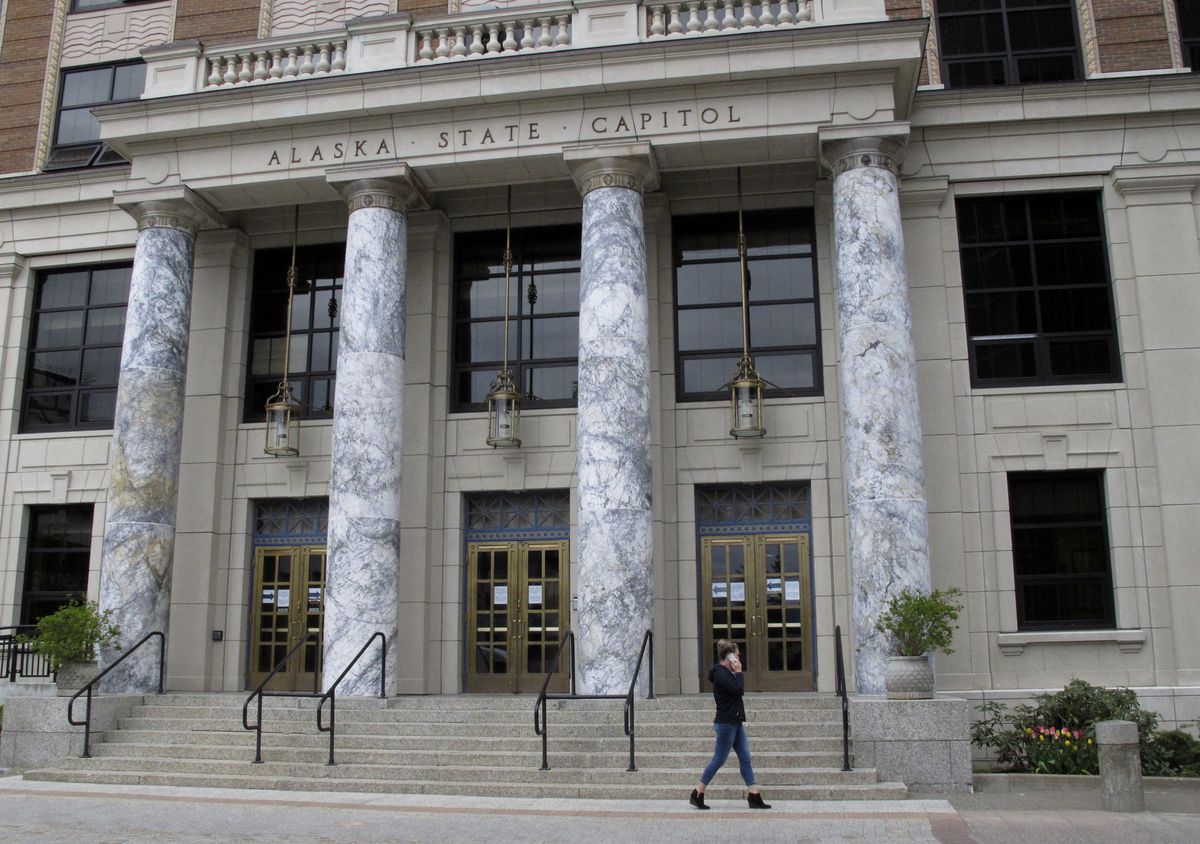 A woman walks past the Alaska Capitol on May 18 in Juneau. The Alaska Legislature planned to reconvene Monday to address use of federal coronavirus relief funds. (Becky Bohrer / Associated Press)

A woman walks past the Alaska Capitol on May 18 in Juneau. The Alaska Legislature planned to reconvene Monday to address use of federal coronavirus relief funds. (Becky Bohrer / Associated Press)

Now that the dust is settling from the state primary election, it’s time for Gov. Mike Dunleavy and the Legislature to tend to some serious business: The economy.

The state’s CARES Act small business grant program is in bad need of fixes. The state has set criteria for grants that has bogged down the process, the result being delays in getting this federal aid money to small businesses that are fast running out of cash. The governor has proposed some fixes for this, but it may be a case of too little, too late, and it shouldn’t have happened to begin with.

The agencies involved in this — the state Department of Commerce, Community and Economic Development, the Alaska Industrial Development Authority and Credit Union 1, the grant administrator — are doing the best they can given the structural defects. The problems aren’t their fault.

The responsibility lies with decisions made high up in the state administration at the very start. The Legislature shares some blame, too. It could have fixed this but didn’t.

The result was a bungled rollout of the grants in early June, and even belated changes may be too late for many small mom-and-pop firms. Most of those, in the restaurant and tourism industries in particular, were running low on cash in June when the program started. Many are now almost out of cash.

To be fair, the state commerce department, AIDEA and Credit Union 1 are working hard to solve problems and are bringing in more people to get through a logjam of grant applications. Juneau Economic Development Corp., a nonprofit, is also coming on board to help process applications. AIDEA has also set up a new, streamlined Internet-based process for applications, which is speeding things up.

The pace of grant awards is quickening. AIDEA director Alan Weitzner said the amount of funds approved for distribution (but not yet paid) doubled in two weeks after the Internet-based application process was set up. According to data on AIDEA’s website, $30.7 million in grants had been paid out as of Aug. 20. Applications that have been approved for payment total $54.5 million. With $395 million available, $340 million is still available. This program officially kicked off June 1, so after two and a half months, the performance isn’t impressive. If money isn’t spent by the end of the year, it goes back to the federal treasury.

What went wrong here, and what’s the fix?

When the $3 trillion federal CARES Act passed Congress earlier this year, $1.25 billion went directly to the state of Alaska to offset COVID-19 impacts. The state administration earmarked the $395 million of this for small businesses and nonprofit groups.

One fumble at the very start was a decision by the administration (no one admits to making it) that small business aid should be a loan, not grant, program, something like a state SBA small-business loan program. One can understand the reluctance of top state officials, all good Republicans, to do handouts. But business groups warned the state that a new loan program couldn’t be set up fast enough. In the urgency of the situation, grants done quickly were needed. Regardless, the state instructed AIDEA to get the loan program rolling. AIDEA wasn’t happy about this, viewing it as a distraction from its primary function of financing development projects, although the authority also has a well-run commercial lending program done in partnership with banks.

But in the middle of this, new federal guidelines came unexpectedly. The U.S. Treasury said small business money had to go out as grants, not loans. State officials and AIDEA had to reverse course (the CARES Act itself says nothing about grants or loans). Time was lost.

However, a more serious problem came when the state administration decided that an applicant receiving even small amounts of federal PPP or SBA disaster money would be disqualified from the state grant program, even if the amounts were very small. Ironically, small businesses had been urged earlier by the state to apply for the PPP and SBA loans. For many who followed this advice, it came back to bite.

No other state has a limitation like this, as far as we can determine. This is a wound we inflicted on ourselves.

Meanwhile, a complication is the administration moved to implement the entire $1.25 billion federal CARES act pass-through, including the small business program, not through a legislative appropriation, which is traditionally done to appropriate federal pass-through money, but through an arcane administrative mechanism called Revised Program Language, or RPL. RPLs are used to make minor budget changes in between legislative sessions with approval from the Legislature’s Budget and Audit Committee, a committee that functions between sessions. An RPL of this size had never been done.

An appropriation bill passed by the Legislature would have allowed independent scrutiny and time to spot problems, like disallowing applicants who received other federal money. But everyone was in a rush — the administration and the Legislature. Mistakes were made.

The DCCED has tried to solve these through regulation changes to allow applicants receiving up to $5,000 in federal aid to still qualify. This is peanuts, business groups complained, because it still kicks a lot of people out of the program.

The $5,000 limit was picked on the advice of state attorneys, who said going above that amount for allowing federal aid would risk the state grant program running afoul of the state Constitution’s requirement that expenditures be made through appropriation bills passed by the Legislature.

Last week, the governor proposed lifting the $5,000 limit so that no amount of federal funds would disqualify people. This still leaves a potential legal problem, because the state Constitution says all funds must be appropriated by the Legislature. Legislators could solve this by returning to Juneau for a quick special session to pass an appropriation bill. In doing that, the commerce department should also be given authority to make other tweaks by regulation.

The problem with all this is that each change — for example, lifting limits on other federal aid — requires people kicked out of eligibility for grants to have to reapply, which consumes more time.

It’s all kind of a mess. Everyone had the best intentions — for example, the limitation on other federal grants grew out of worries that people might “double dip,” or seek money from both federal and state programs for the same expenses. But COVID-19 happened quickly, and the response was rushed.

However, the best thing that can be done now to help our economy and its small businesses is to get the CARES Act grants out quickly to people who need them. Whatever money we can get to these business operators will help them get through the coming winter. By spring, if we’re lucky, a COVID-19 vaccine will be available, and this nightmare will fade.