Sullivan, our summer soldier, is unfit for the Senate 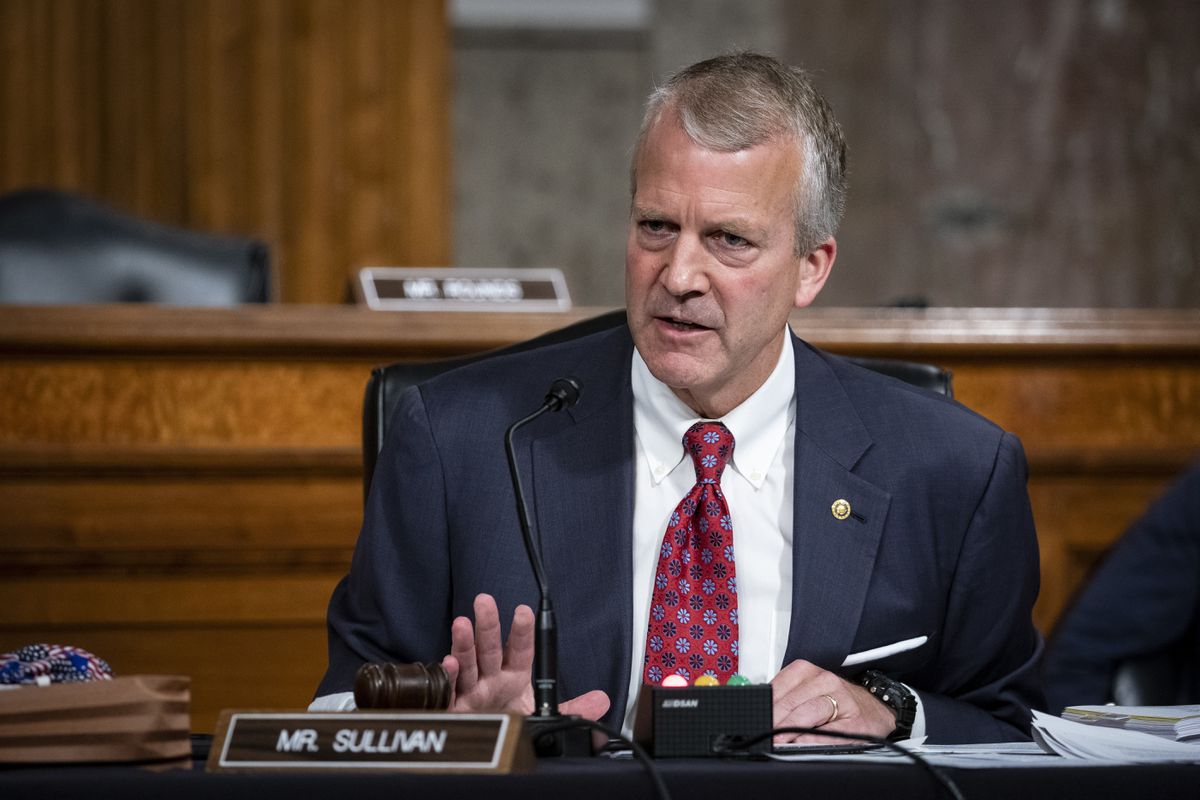 FILE - In this May 7, 2020, file photo, Sen. Dan Sullivan, R-Alaska, testifies during a hearing on Capitol Hill in Washington. (Al Drago/Pool via AP, File)

FILE - In this May 7, 2020, file photo, Sen. Dan Sullivan, R-Alaska, testifies during a hearing on Capitol Hill in Washington. (Al Drago/Pool via AP, File)

Where’s Sen. Dan Sullivan? Still no word from the senator in response to President Donald Trump’s disparagement of U.S. Marines who died in World War I and are buried in a military cemetery in France. “Losers,” Trump called the fallen soldiers, privately, to members of his staff.

This happened in 2018, the centennial of the final year of that war. Trump intended to visit the cemetery, but canceled, wrote Jeffrey Goldberg in The Atlantic, “saying that ‘the helicopter couldn’t fly’ and that the Secret Service wouldn’t drive him there. Neither claim was true.”

Besides, Trump asked, “Why should I go to that cemetery?”

“In a separate conversation on the same trip,” Goldberg reported, “Trump referred to the more than 1,800 Marines who lost their lives at Belleau Wood as ‘suckers’ for getting killed….Belleau Wood is a consequential battle in American history, and the ground on which it was fought is venerated by the Marine Corps.”

The Atlantic story exploded across the internet on Sept. 3. Fox News bashed it, then confirmed it, denied it again, and re-confirmed it.

Such submissiveness is what Michael Steele, former chairperson of the Republican National Committee, was referring to when he invoked Dr. Martin Luther King, Jr. and said, “Our lives begin to end the day we become silent about things that matter.”

Yet Sullivan’s silence fits a pattern critics call “a conspiracy of cowardice,” in effect a cult — one orchestrated in large part by Senate Majority Leader Mitch McConnell, in service to a President who demands loyalty.

Let us imagine a new dawn. Sullivan has a crisis of conscience. He wakes up one morning, arrives on Capitol Hill, calls a press conference, and says every marine deserves our respect, especially those who give the ultimate sacrifice. Again, news sites would crackle. Fox would spin. And Sullivan? The president would call him a loser, no doubt, and insist he be fired.

But something magical might also happen: Sullivan might find himself a hero who helps to rescue his own Republican party.

One can always dream.

As it is now, Sullivan is a player who rakes in vast amounts of dark money from those who expect payback. Tax breaks? Subsidies? What else?

This is how democracy dies: in the darkness. And is why, according to the Economist Intelligence Unit’s Democracy Index, the U.S. is now a “partial (or flawed) democracy,” ranked 25th in the world. We used to be a “full democracy.” At the rate we’re sinking, we’ll soon be a “hybrid regime” or worse, an “authoritarian regime,” like Vladimir Putin’s Russia.

Something has to change.

We need leadership with empathy, equity, backbone and above all else, inspiring vision. We need Franklin D. Roosevelt in 1933 times 10, the president who built the strongest middle class America has ever seen. We need to send Dr. Al Gross, a health care professional beholden to nobody but you and me, to the U.S. Senate.

“These are the times that try men’s souls,” Thomas Paine wrote in 1776. “The summer soldier and the sunshine patriot will, in this crisis, shrink from the service of their country.”

We’re in a crisis, all right. And Dan Sullivan, our sunshine soldier, is unfit to lead. The U.S. Marines who died in France deserve better.

Kim Heacox is the author of many books, most notably “The Only Kayak,” a memoir, and “Jimmy Bluefeather,” a novel. He lives in Gustavus.