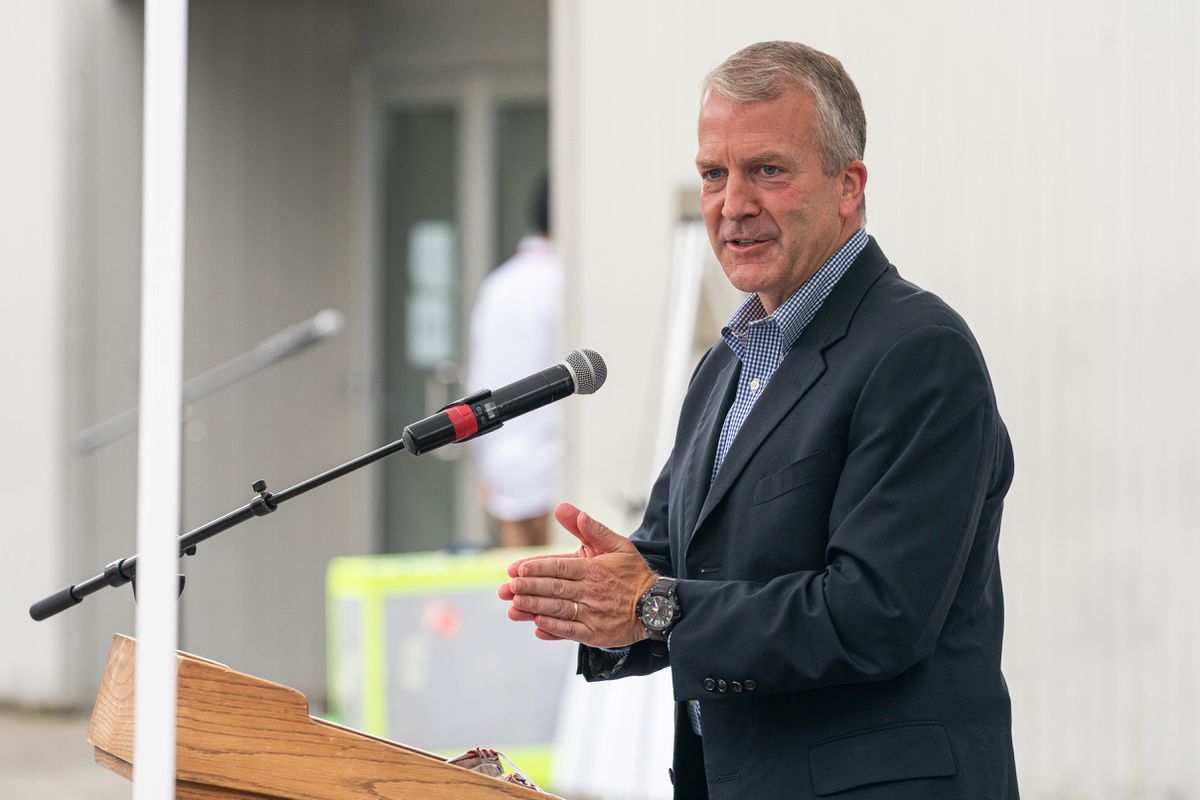 While serving as a commissioner of the Alaska Rural Justice and Law Enforcement Commission, I had the honor to work with numerous public officials. It was through my work with the Commission that I was first introduced to Sen. Dan Sullivan. Sen. Sullivan had just recently started his job as our state’s attorney general, and in our first meeting, it was clear that he cared deeply for rural Alaska and that he was a man of action.

My instincts about Sen. Sullivan were proven right. He has demonstrated through action his commitment to working to improve the lives of all Alaskans, whether living in rural or urban Alaska. From his time as Alaska’s attorney general, where he spearheaded the Choose Respect campaign, to his time as the commissioner of the Department of Natural Resources, where he worked with rural communities and Alaska Native entities to ensure they had a seat at the table, Sen. Sullivan has led a life committed to service to our state. And, as our senator, Sullivan has once again showcased his commitment to serve the people of Alaska.

As our U.S. senator, he has been relentless in working for the betterment of all Alaskans, but clearly has retained a special place in his heart for rural Alaska. And, I have found that he is true to his word.  A man of integrity, he does not make empty election-season promises. When he says he’s going to work to get something done, he does just that. You can count on him to deliver.

Throughout the years, many leaders have assured us that they would secure funding for rural water and sewer programs. Sen. Sullivan made a commitment early in his tenure as a senator to work on this issue, and he’s done just that.

In 2016, his first major bill to become law was a $300 million water and wastewater grant program for small communities. And just a few months ago, one of the committees on which he sits, the Environment and Public Works Committee, passed bills he sponsored authorizing another $380 million for communities to obtain water facilities—real money that will have a real impact in our communities.

Sen. Sullivan promised that he would continue to focus on addressing abuse against women and children, and work to get more funding for public safety officers in rural Alaska.  He has delivered on that promise. Last August, he brought then-newly-appointed U.S. Attorney General William Barr to our state, so that he could see and hear for himself the critical public safety needs in rural Alaska. After returning to Washington, D.C., Mr. Barr declared a public safety emergency in rural Alaska, and since then has granted an historic amount of funding, over $60 million, to help address those needs. This simply would not have happened without Sen. Sullivan’s commitment and tenacity.

Sen. Sullivan also authored and passed legislation to provide more legal resources to victims and survivors, with a particular focus on Alaska Natives. He is now working on a groundbreaking bill that, among other things, will guarantee that survivors of abuse are afforded a right to legal counsel.

Closer to home in Northwest Alaska, last month Bering Straits Native Corporation at long last was granted title under the Alaska Native Claims Settlement Act (ANCSA) to land at Port Clarence, located in our region. Land the original BSNC leadership claimed in 1977 under ANCSA because of its historic significance as a gathering place for trade and celebration. BSNC had worked with the U.S. Coast Guard and the Bureau of Land Management for more than 10 years to achieve this effort. Sen. Sullivan committed early in his first term that he would help us with our effort, and he did. He made the land transfer a reality.

These are just a few of the many things that Sen. Sullivan has been able to accomplish during his time in office. He has repeatedly proven his commitment to getting things done to enhance and improve our way of life. As he moves forward, I am confident that he will continue to achieve great things working with and for all Alaskans. That’s why I am pleased to support Sen. Sullivan for re-election to the U.S. Senate.

Gail Schubert serves as President and CEO of Bering Straits Native Corporation. She serves on numerous boards focused on Alaska Native issues. She is also a co-chair of Sen. Dan Sullivan’s reelection campaign.