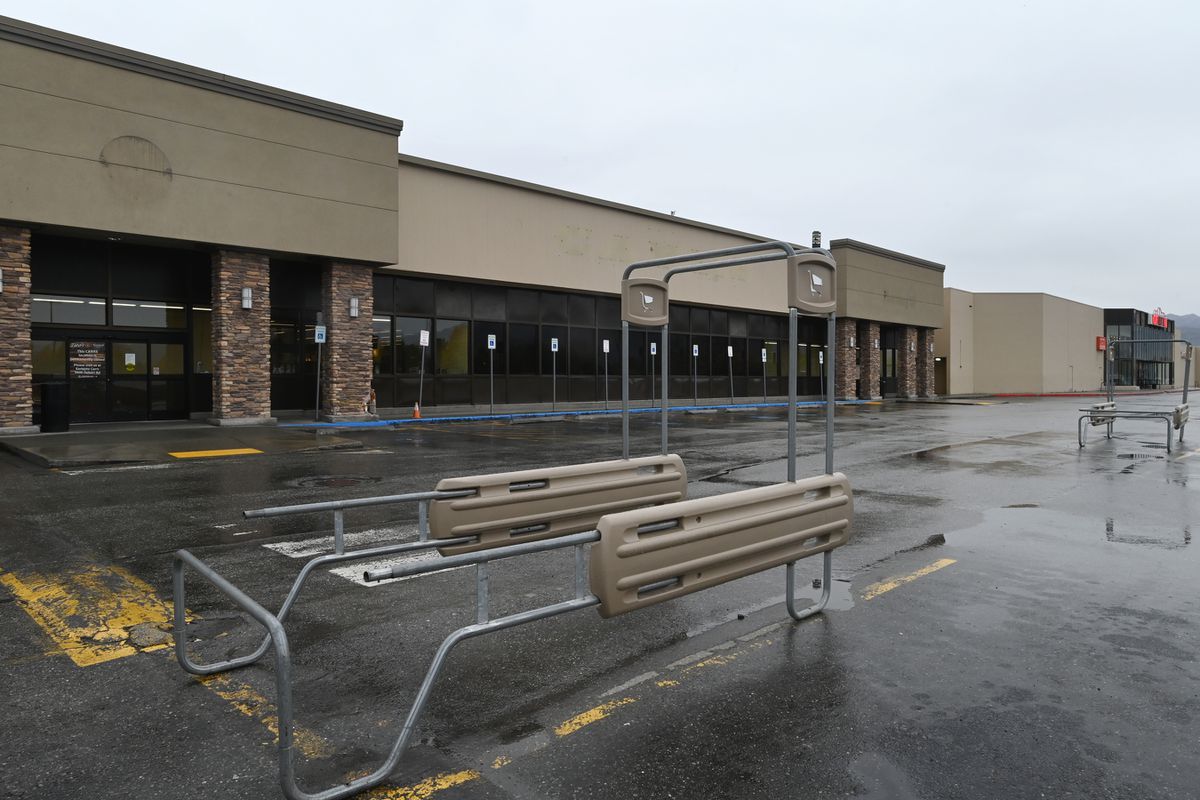 The masked grocery clerk behind the checkout stand handed me my receipt and asked, “Did you hear?”

“Hear what?” I muttered through my mask as I picked up my grocery bag.

“Hear that this store is closing down. Sept. 19 is the last day. We’re finished.”

The clerk now had my full attention. I had been shopping at the Northway Mall Carrs/Safeway for 34 years. I must have walked between my Airport Heights home and the grocery store thousands of times — in all types of weather. I had been served by several generations of clerks, served well. I probably had spent more money in this store than in any business in Anchorage.

Given there was no one in line behind me, I pushed the clerk for more. “You heard this from a manager, someone in authority, someone who knows? This is not ‘People are sayin.’”

“Oh no,” replied the clerk. “We have had group meetings where the managers explained it to us.”

The clerk was right, although when I asked workers why the store was closing, they had differing explanations. Some said Safeway officials didn’t want to remain in a failing mall — a dump. Some said the store had suffered intolerable losses to shoplifters. Some said Mayor Ethan Berkowitz was going to buy the mall and convert it into a homeless shelter.

Well, the Northway Mall is failing — and a dump. The owner long ago stopped investing in the facility. The last paint job must have been laid on before President Bill Clinton met Monica Lewinsky. The parking lot is often full of nasty potholes.

Shoplifting? There was a lot out in the open. Especially at the liquor store, sometimes by obviously homeless people, sometimes by well-dressed men who looked as if they were coming home from work. I watched one of these men laugh at the clerk. “What are you gonna do about it? You caught me this time — you know I’ll be back.”

The Los Angeles Times recently reported “A 2020 survey by the National Retail Federation found that theft — which the industry calls “shrink” — was at an all-time high, costing the industry $61.7 billion in fiscal year 2019, or 1.62% of retailers' profits.” Safeway has not confided in me, but I am betting 1.62% would be way under the percentage for the Northway Mall.

As for setting up the homeless in the mall, this didn’t make any sense on the face of it. For starters, the plumbing was designed for shoppers, not residents.

Over the next month, I watched a grocery store die day by day.

Change came slowly, like the leaves turning. The displays, the selections of food and other goods all looked the same for a few days. Then I saw a notice to shoppers: “The pharmacy will close Aug. 31.” A couple days later, I picked the last loaf of my favorite rye bread from a shelf, and Jewish rye never returned.

On Sept. 5, the flower stand closed. On Sept. 7, bacon was no more, while birthday cards were at 50% off. Fresh fish and seafood had disappeared. Cat food remained in abundance.

I assumed the goods would remain on the aisles where they had been located for years until everything sold. This is not how professional liquidation is done. The stockers, at night perhaps as I never saw them in action, began consolidating goods on aisles toward the center of the store. So the beans wound up with the salad dressing and olive oil. The checkers no longer knew where to send people to find items. “Nobody tells us anything,” a checker told me. “I tell customers where the cat food used to be.”

She went on to explain that Safeway management had been very good about finding jobs at other stores for the employees. Her colleagues told me the same thing. “They really were concerned about placing us,” said one.

Sign wavers began appearing at the edge of the Safeway parking lot bearing tall signs that read “Total Inventory Blowout.” I love signs like these — they are a testament to American abundance. The Russians lost the Cold War in part because they were incapable of a “Total Inventory Blowout.” Commie stores had so little. I once visited a Warsaw “supermarket” that had a single product — bottles of vinegar.

I asked one of the sign wavers about the job. “I am glad to do it — the money, but this is not a real job. I have to get a real job.” He said he was paid $10 an hour for four hours a day. I told him “You’re not getting enough” and gave him five bucks, a tip.

By Sept. 13, there was no fresh chicken and heavy discounts were in place. In the liquor store, a man and his wife, both short, chunky, of uncertain age, properly masked, bought several shopping carts full of wine and liquor. The guy put $1,300 on his credit card — and the clerk cheerfully told him, he saved $900 with the discount. I wondered, “Is the guy going to drink all that?”

On Sept. 14, I walked in at noon. Almost all the vegetable bins were empty. If you wanted broccoli and carrots, go someplace else. Safeway’s music system was piping in Tommy James' “I Think We’re Alone Now.” I usually don’t expect irony from a supermarket.

I left the store and met the man and woman who bought all that liquor the previous day. They were back for more — loading the back of their car with bottle after bottle of alcoholic drinks. The man remembered me and said with a laugh “You following me?” I said “No, but why are you buying carloads of liquor?” He said that he was in a beef with the big liquor distributors and could not buy from them. I couldn’t follow the story.

“You?” he challenged, apparently recognizing me despite my mask. “You a writer, right? Lemme tell you something important.” I thought, “Here we go, a right-wing diatribe about overbearing big government, the evil mayor, the virtues of Trump.” But no. The man took off his mask and said forcefully “A country that will not pay to educate its children will soon be a failed country. Take it from me. I come from a failed country.” Then he climbed into his car and drove off.

A couple days later the liquor, reduced to 50% off, was gone. And there were only three or four aisles left with food. Clearly, some foods had not been sold — they had been removed by stockers. Cheese, for example, disappeared overnight.

On the morning of the last day, I walked down to the store at 7 a.m. I was the only customer. There was salsa, hummus, dried fruit, salad dressing, packaged baby food. Hey, 90% off! I bought a container of hummus and a packet of figs for 95 cents. As I checked out, I told the cashier, “I feel like crying.” She answered “Go ahead; we’ve been crying for weeks.”

The day after the store closed, I went by in the middle of the afternoon to see if there was any remaining life. The locked sliding doors in front had printed signs taped on them that read “This location is permanently closed.” A man in a tall cherry picker atop a truck was removing the red Carrs sign from the face of the building, letter by letter. He was almost done. Letters lay scattered around his truck.

By darkness, it would be as if the grocery store I shopped at for almost half a lifetime never existed.