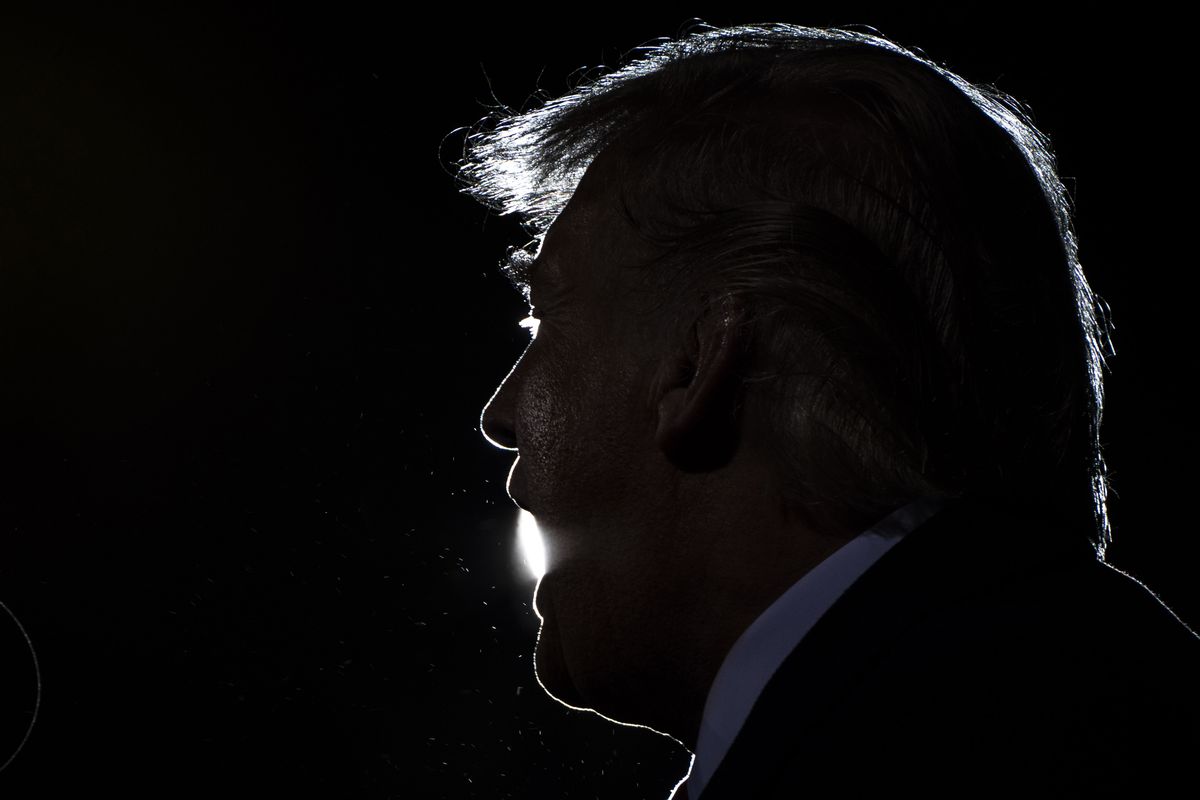 In recent days, President Trump has appeared with thousands at a rally in Minnesota, debated Biden onstage in Cleveland and met with donors in Bedminster, N.J. He's also spent time with top aides. (Washington Post photo by Jabin Botsford)

In recent days, President Trump has appeared with thousands at a rally in Minnesota, debated Biden onstage in Cleveland and met with donors in Bedminster, N.J. He's also spent time with top aides. (Washington Post photo by Jabin Botsford)

Most of us have lived our lives in the freedom of American democracy. It has never occurred to us that a democracy as enduring as ours could be weakened and die. But history has shown otherwise. In their 2018 best-selling book, “How Democracies Die,” authors Steven Livitsky and Daniel Ziblatt present examples of conditions that have allowed other democratic countries to succumb to dictators.

Early in this history, the loss of democratic government was characterized by rapid governmental takeover, the most notorious being Adolf Hitler’s seizure of Germany. More recently, gradual erosion of democratic practices and safeguards are making nations around the world vulnerable to would-be dictators.

When democracy disappears slowly, people become tolerant of practices that would have shocked them in earlier times — lying to the public, for example. Attacks on institutions that guard democracy frequent precede takeover by a dictator. The court system is weakened, the free press threatened, and the rule of law and constitutional separation of powers are disregarded.

But the most significant factor weakening democracy is buildup of rigid hatred between political parties and allegiances. To quote their book, “When democracy has worked, it has relied upon two norms that we often take for granted — mutual tolerance and institutional forbearance. Treating rivals as legitimate contenders for power and underutilizing one’s institutional prerogatives in the spirit of fair play are not written into the American Constitution. Yet without them, our constitutional checks and balances will not operate as we expect them to.”

How might these observations play out in America’s Nov. 3 election?

President Donald Trump’s most adamant supporters have been in states where traditional manufacturing jobs have been lost. Now the pandemic has compounded existing hardships in these states. Business closures necessary to prevent the spread of COVID-19 have widened the gap between the “haves” and “have-nots”.

Joe Biden and Kamala Harris recently visited Raj Chetty, an economist specializing in the data of economic inequality. He showed them that, among jobs missing because of the pandemic closures, 80% were held by the lower-paid half of American workers. In contrast, those in the upper half were already recovering from the pandemic-induced recession.

The resentment felt by voters in the Rust Belt is understandable. They and many of our fellow Americans are facing homelessness this winter. These are extremely hard times for people who were already struggling. They have gravitated to Trump, despite his flaws, because they saw no hope in the status quo.

But Biden is not the status quo. His genuine concern for the plight of ordinary Americans is obvious. In campaigning, he stops to talk with people one-to-one. He wants to rebuild the middle class, “the backbone of this nation”, starting with access to affordable education so that “everyone can have the skills they need to succeed.” His plans include spending $775 billion to build the nation’s caregiving system, creating jobs for millions, especially women and people of color, and providing universal pre-school education.

He is the ultimate un-Trump, someone who can bring us together – all Americans, regardless of party affiliation. At the conclusion of the Sept. 29 debate, he looked straight at us and said, “I’ll be a president, not just for Democrats, but for all Americans.”

As a speaker, he is not strident and overconfident. Rather he is what he is — a modest, decent, capable guy who will put in the hard work to improve the lot of ordinary Americans. And he would bring to the office a wealth of knowledge and wisdom from eight years as Vice President for President Barack Obama and from his 36 years in Congress as a U.S senator for Delaware.

Biden was a member of Congress at a time when Congressmen of different parties prided themselves in their friendships. Though they disagreed, they were often able to pass needed legislation by working together and finding a mutually acceptable compromise. It was as though they heeded the words of Justice Ruth Bader Ginsburg, “Fight for the things that you care about, but do it in a way that will lead others to join you.”

In comparison, look at Trump. As President Obama said, “He’s shown no interest in putting in the work; no interest in finding common ground; no interest in using the awesome power of his office to help anyone but himself and his friends; no interest in treating the presidency as anything but one more reality show that he can use to get the attention he craves.”

Add to this Trump’s support for white supremacists and his cruelty to children.

Most of us have pledged “allegiance to the flag of the United States of America and to the republic for which it stands, one nation, indivisible, with liberty and justice for all.” Many organizations, Rotary Clubs for example, open meetings with the pledge.

Our allegiance to the flag will help us decide how to vote.

So come on Americans, grasp this thistle strongly! On Nov. 3, your vote can help save our democracy. This could be our last chance to vote.

Janet McCabe has a master’s degree from Harvard’s Kennedy School of Government and is a member of Alaska Common Ground. She and her husband, David, have lived in Alaska for most of their lives.