Alaskans, not political parties or special interests, should determine our state’s future 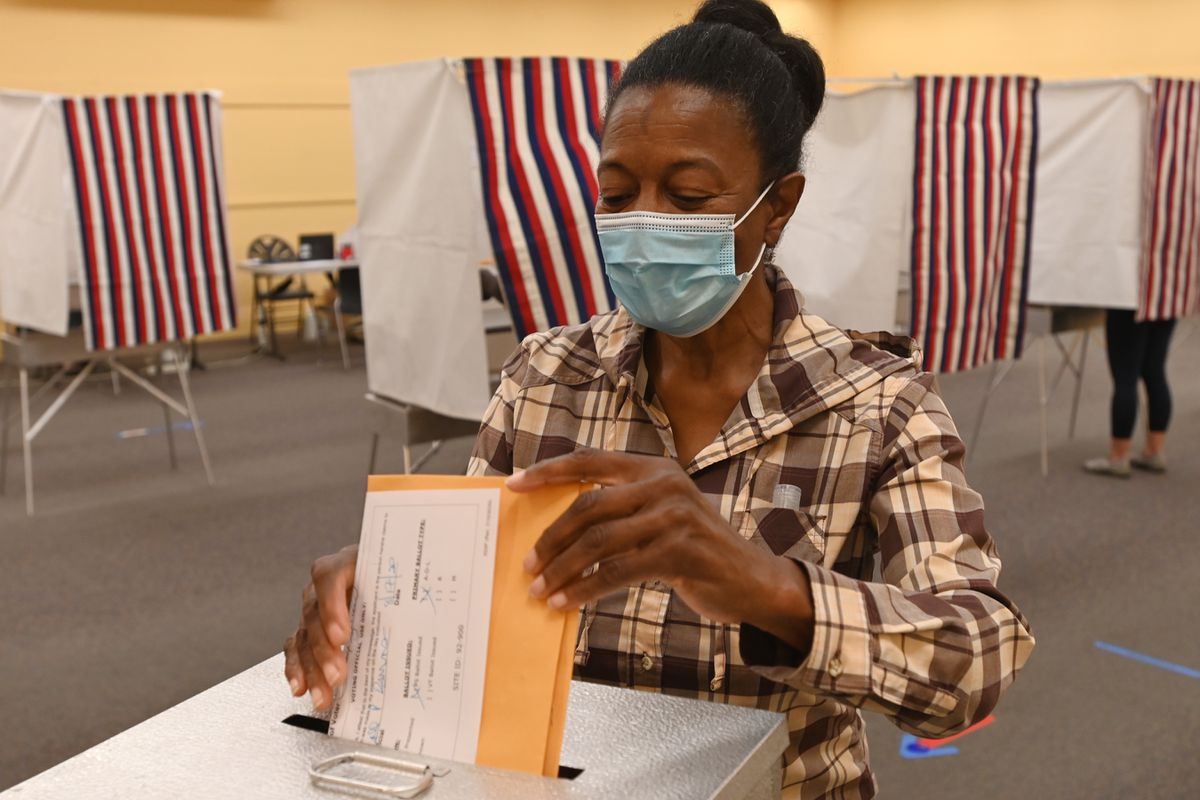 When I first ran for the Alaska State House of Representatives in 2000, I was 29 years old. And like so many aspiring young leaders of my generation, I set out to follow in the footsteps of Sen. Ted Stevens.

Uncle Ted taught me and every young Alaskan working in his office that it was the legislative branch’s responsibility, as the direct representatives of the people, to develop policy.

As power became increasingly consolidated in the executive branch under the Clinton administration, Stevens reminded us (often loudly) about the danger of deferring legislative powers to an unelected bureaucracy or the courts.

Twenty years later, including 16 years of public service in the Alaska State Legislature, I see how so many of the challenges facing us originate from judicial activism or the erosion of the legislative branch’s power by special interests.

Ballot Measure 2 is an important first step in returning the power of elections to the people.

The primary election in 2000 was the first since 1994 that allowed the two major parties to restrict who could vote in Alaska. For the Republicans, they limited participation in their primary to Republican, nonpartisan or undeclared voters only.

That change — made by emergency order by the Alaska Division of Elections following the U.S. Supreme Court ruling in California Democratic Party v. Jones on June 26, 2000 — to what had previously been an open primary came after I had already decided to run and shortly before the primary itself.

The primary was Aug. 22 that year. The Alaska Supreme Court had upheld Alaska’s open primary system in 1996. But after 2000, it left it up to the political parties to decide who could participate in their state-run and funded elections.

Alaskans have faced closed primaries ever since. Instead of voters, the political parties now control the primary ballot.

The U.S. Supreme Court’s 2010 decision in Citizens United v. Federal Election Commission further changed our country’s political landscape by opening the floodgates of outside dark money to flow into Alaska.

When I first ran for office, the candidates drove the message and were directly accountable to the voters. Today, the dark money unleashed by Citizens United controls the narrative and buries all other messaging. Whether its leftist Antifa-style groups funded and driven by the likes of George Soros, or small government activists supported by Koch-type conservative networks, these entities are prohibited from coordinating with the actual candidates but are free to spend as much as they want in our elections without revealing the true source of their funding. To that end, we continue to see millions dumped into our elections each and every year. While I am not opposed to outside money, I do believe Alaskans have every right to know where it’s coming from.

Instead of hearing from the candidates, voters are inundated with messages – many of them negative – from groups with vague names and even murkier funding sources.

Having lived through these changes and navigated Alaska’s evolving political landscape, I’m convinced that the current divisiveness and extremism we see driving our politics is largely a result of these two decisions.

My support of Ballot Measure 2 comes from my belief that to get back to the Alaska I grew up in and still believe in, voters need to be the ones who decide how our elections are structured and have a clear understanding of who is trying to influence them.

As someone who strongly believes in the legislative branch’s primacy, I typically oppose citizen ballot measures because they are too often blunt instruments. However, in this case, unelected political parties and their dark money allies have become too influential and are now dictating voters' choices and the messages they receive.

We need a message from the people to drive the reform Alaskans deserve. Ballot Measure 2 is that message. The proposed changes to our electoral system are commonsense responses to the courts and the desire of party leaders on both sides of the aisle to maintain their grip on power.

On Nov. 3, let’s make the choice to have better elections for ourselves and get back to a better Alaska.