Will Gross pledge to not support court-packing? 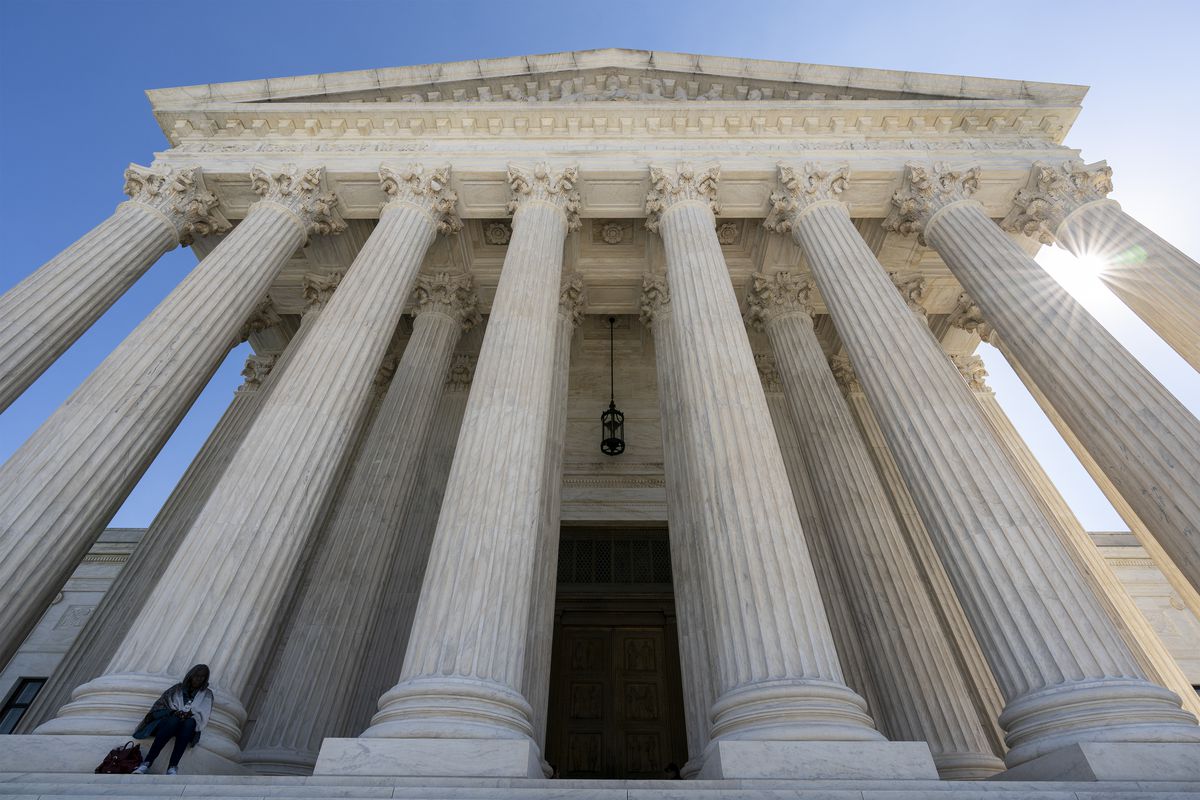 The Supreme Court is seen in Washington, Wednesday morning, Oct. 7, 2020. The Supreme Court is agreeing to review a Trump administration policy that makes asylum-seekers wait in Mexico for U.S. court hearings. As is typical, the court did not comment Monday in announcing it would hear the case. Because the court’s calendar is already full through the end of the year, the justices will not hear the case until 2021. (AP Photo/J. Scott Applewhite)

The Supreme Court is seen in Washington, Wednesday morning, Oct. 7, 2020. The Supreme Court is agreeing to review a Trump administration policy that makes asylum-seekers wait in Mexico for U.S. court hearings. As is typical, the court did not comment Monday in announcing it would hear the case. Because the court’s calendar is already full through the end of the year, the justices will not hear the case until 2021. (AP Photo/J. Scott Applewhite)

Democrats have a long history of refusing to talk about issues that are wildly unpopular with the American people. One of the most infamous and illustrative examples came when Nancy Pelosi, while discussing Obamacare in 2010, said “we have to pass the bill so that you can find out what is in it.” Fast forward 10 years and Democrats are taking a similar tact when asked about the controversial issue of packing the Supreme Court. Not only has former Vice President Joe Biden repeatedly refused to answer the question, but he recently stated that Americans don’t deserve to know his position on the issue.

For many Alaskans, this year’s presidential campaign is the first time they have heard the phrase “court-packing.” Not since the 1930s have our nation’s leaders seriously considered such an extreme move. Court-packing would increase the number of justices on the Supreme Court, giving the President in office the ability to fill newly created and vacant seats and thus tilting the Court in that ideological direction. Following Biden’s lead, Sen. Kamala Harris has similarly refused to answer the question. In fact, both have indicated that American voters won’t know their position until after November’s election.

Although “independent” Alaska Senate candidate Al Gross claims he opposes court-packing, he has said in private donor calls that his “values are to the left” and that he “will caucus with the Democrats.” So, if elected, will Gross vote against court-packing legislation? And in the meantime, will he call on Democratic party leaders to oppose court-packing – a question the Biden-Harris ticket has been ducking for nearly a month?

Alaskans deserve answers. If Al Gross doesn’t have the courage to stand up to the leaders of the Democratic party now, how can Alaskans trust him to vote against a court-packing plan later, with the full force of the liberal movement bearing down on him? And what does it say that Gross evidently thinks Alaskans are entitled to his views on court-packing, but not the Biden-Harris ticket’s? Alaskans will not be fooled. They see through the smokescreen Biden, Harris and Gross have put up and will not allow the judiciary to be hijacked by the Left’s radical assault on judicial independence.

President Donald Trump has enjoyed historic success in filling judicial vacancies, prompting this liberal panic. These include Supreme Court Justices Neil Gorsuch and Brett Kavanaugh – and now, Justice Amy Coney Barrett. Flipping the majority on the federal courts to jurists who believe in the rule of law, rather than the will of agenda-driven liberal activists, has the Left searching for any means by which to retake the judiciary. Indeed, federal judges are our last line of defense against government overreach and mob rule.

Enter court-packing. The call to add seats to the Supreme Court is so extreme that even President Franklin D. Roosevelt was unable to achieve it at a time when Congress rubber-stamped the rest of his agenda. In 1937, FDR proposed adding six justices to the nation’s highest bench to flip the Court to one that would allow his unconstitutional New Deal policies to stand. Congress – overwhelmingly controlled by FDR’s own party – rejected the idea, and the number nine has remained secure...until now.

Under the Constitution, Congress sets the number of justices on the Supreme Court. If Democrats, who already control the House of Representatives, maintain that majority and also retake the Senate and the White House, Americans should expect them to attempt this extreme court-packing scheme. Sending Al Gross to the Senate would all but guarantee prospective Majority Leader Chuck Schumer (D-NY) the votes he needs to enact this scheme. By rolling over to please the left, Gross would enable a President Biden to increase the number of justices from nine to 11, or more, and quickly fill those seats with agenda-driven liberals set on eviscerating the rule of law.

These liberal justices would take away our constitutional rights to speak, associate, worship and protect our families. And that’s the Democrats' plan, even if Al Gross won’t publicly admit it. The year 2020 has proven that Democrats have no qualms about destroying America as we know it. Alaskans must demand answers on whether Al Gross plans to participate in its demise. Alaska, and America, can’t afford to wait until Nov. 4 to find out what he believes.

Mike Davis is the founder and president of the Article III Project (A3P). Last Congress (2017-19), Davis served as the chief counsel for nominations to then-Chairman Chuck Grassley on the Senate Judiciary Committee, where he worked on judicial nominations and served as staff leader for the confirmation of Justice Kavanaugh and a record number of federal circuit judges. Davis previously clerked for Justice Neil M. Gorsuch, both on the Supreme Court and Tenth Circuit.