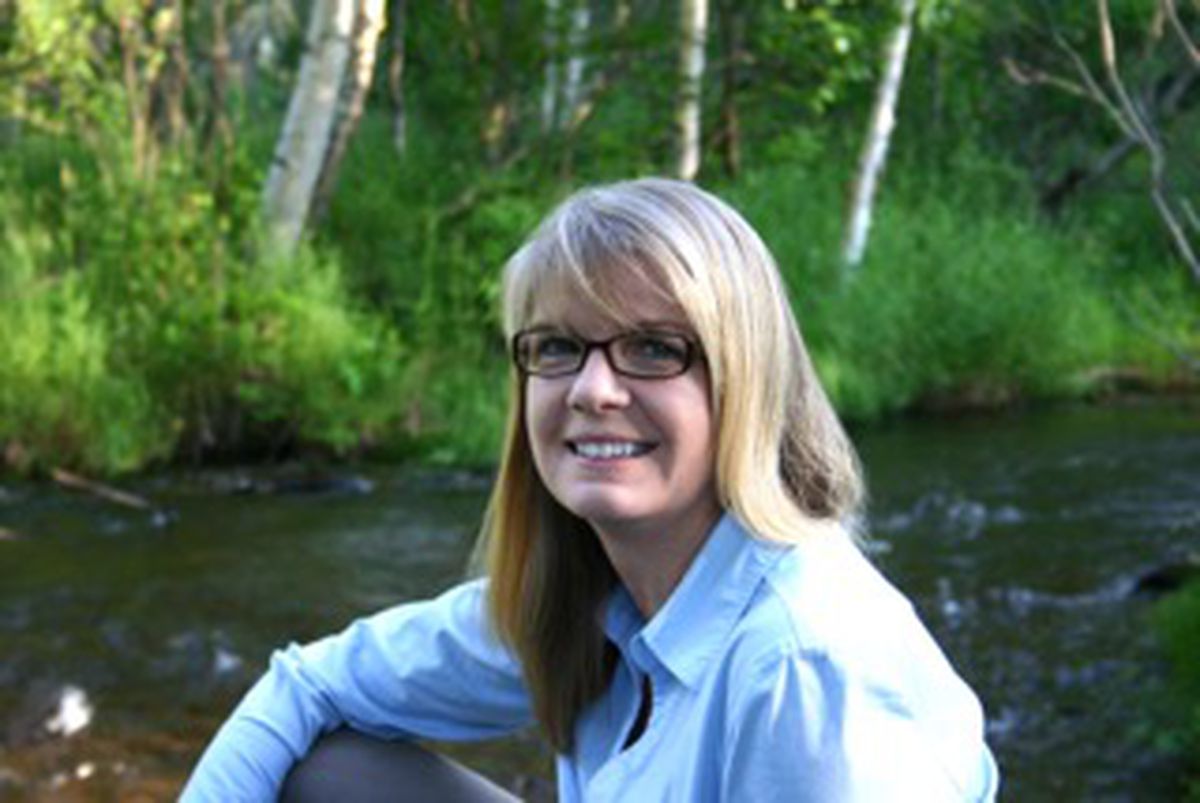 Sherry Simpson, brilliant writer, beloved friend and mentor to a whole generation of Alaska writers, passed away unexpectedly earlier this month after a brief illness. Since 2008, I had the great pleasure of working closely with Sherry, teaching in the Low-Residency Master of Fine Arts program in creative writing at the University of Alaska Anchorage, where she was, in the words of one of our colleagues, “the heart and soul of the program.”

The word “remembering” in my title can’t be right, can it? It implies she’s no longer here, that she belongs to the past. The news of her sudden death has been met with disbelief by all who knew her.

From the first sentences of her award-winning essay collection “The Way Winter Comes: Alaska Stories,” we hear an iconic and uniquely Alaskan voice: “I live in Fairbanks, far from the sea where I grew up. I live so far away that the skies of Interior Alaska have become my ocean, an unbound place of constant motion and changing light.”

Sherry possessed a self-deprecating sense of humor (the working title of her essay collection, “The Accidental Explorer,” was “A Nuisance to Myself and Others”), rare intelligence, unbound generosity and the ability to turn anyone within five feet of her into a “bad teenager.” Social media was flooded with testimony to our collective loss, the most common sentiment voiced by her students being something along the lines of “Sherry Simpson changed my life.”

I make it a practice to buy books written by my friends when I see them cast off by their original owners in used bookstores or thrift shops. I wouldn’t want them to find the books there themselves. I plucked a copy of Sherry’s “The Way Winter Comes” off some sale table or other. This book was inscribed with love, as a Christmas gift: “I got the book for the moose story, ‘Strange Grace.’ But the whole of the book has charmed me beyond words.” This seems exactly right to me: In both her writing and her person, Sherry was “charming beyond words.” But, as Sherry knew best, words are all we have. The source of that charm may well have been her own utter indifference to it: She was simply herself, natural, authentic.

At a writing conference reception, Sherry whispered to me about a writer we hadn’t met in person before, “She’s one of us.” I didn’t interrogate this “us” too deeply, but I knew it had to do with being an Alaskan and being a writer. Thinking about it now, I think she was talking about a kind of purity of motive: She didn’t “work the room,” court editors or literary judges, or play the writing game. She wrote, simply that, following her innate curiosity about the world and herself, and she held herself to the highest standard.

As a friend, there was none better. When our son died unexpectedly, Sherry was there the next morning, holding my wife’s hand in our living room. She had flown 3,700 miles overnight.

This morning, my Facebook “memory” from 2013 is a poster of Sherry’s making inviting her friends to a book launch celebration for her masterwork, “Dominion of Bears.” She lists four steps: Research, pictured by a vintage poster featuring a bear wrestling a robot; Despair, pictured by her super-messy writing desk; Miracle, featuring the cover of the actual book; and lastly, what she described as “Profit” — with “Profit” crossed out and replaced with “Party.” “Dominion of Bears” took a decade to write. She didn’t want to write a book based on research that would be outdated by the time it was published. The notes and bibliography to the book number more than a hundred pages, a book unto themselves. “Dominion of Bears” was awarded the John Burroughs Medal for a work of distinguished natural history, an honor she shares with Rachel Carson, Aldo Leopold and John McPhee. Sherry didn’t write for “profit,” at least not in the commonly understood meaning of the word. She once articulated it nicely: “The reward for my writing is that I am allowed to keep doing it. I am allowed to follow my interests and chase them down and try to get them into words. It adds up to a life.”

Sherry and Scott, her husband, were together for 42 years. They shared 16 of those years with Bix, a blue heeler, who was mischievous, loving and, well, a little nutty. He liked to retrieve a tennis ball so much that even when no ball was available, Sherry would wind up and pantomime a throwing action, and Bix would chase down the invisible ball and “retrieve” it, coming back to Sherry for another “throw.” This might go on indefinitely. I like to imagine that it’s happening right now.

I mentioned her rare intelligence earlier, and it often strikes me as wisdom. You can find it in any sentence she wrote. And sometimes that wisdom takes on a prescience. From a late, unpublished essay, “The Art of Fainting”:

“... fainting does feel as if I’m practicing dying. Already I know how abruptly the world withdraws even as people call out your name, how darkness and confusion shutter your vision and bewildering images crowd your brainpan, how you cannot simply will yourself to return once you’ve entered that shadowy place. Perhaps I awaken with tears falling not because I’m afraid of where I’ve been, but because I’m so relieved to be back, so terribly grateful to be my own beautiful burden for even a little while longer.”

This time, she won’t return. Sherry may have been a beautiful burden to herself but never a burden to the rest of us — only beautiful. She made the world a brighter place, and though it’s dimmer now, she showed us how to find the light.

David Stevenson is an Anchorage-based writer who directs the soon-to-be-discontinued Low-Residency MFA Program in Creative Writing at UAA.