US World War II Museum should commemorate the Aleutian campaign 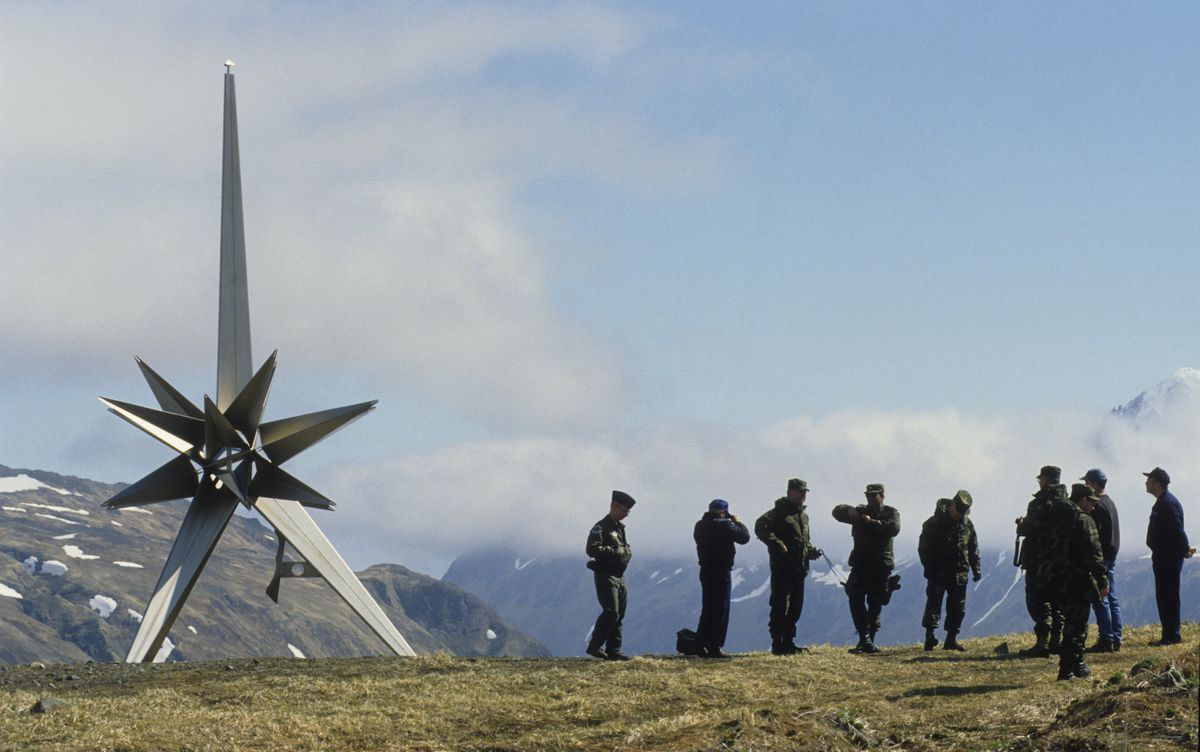 Members of the U.S. military stand near the peace memorial placed on Attu Island by the Japanese as they study the battle on Engineer Hill where thousands of Americans and Japanese died during the Aleutian Campaign of World War II in June of 1997. (Bill Roth / ADN archive 1997)

Members of the U.S. military stand near the peace memorial placed on Attu Island by the Japanese as they study the battle on Engineer Hill where thousands of Americans and Japanese died during the Aleutian Campaign of World War II in June of 1997. (Bill Roth / ADN archive 1997)

With Veterans Day just past, it seems an appropriate time to tell you of the wonders of the National World War II Museum in New Orleans, Louisiana. The museum began as a local historical venue to memorialize Louisiana’s vast contributions to the war effort, chiefly in terms of the production of various watercraft (think Higgins boats), and other war materiel. At the museum’s grand opening reception, U.S. senators and representatives who served in WWII were invited to attend. Among those were our late Sen. Ted Stevens and Hawaii’s late Sen. Daniel Inouye. So the story goes, deeply impressed, the members of Congress encouraged the museum board to broaden the scope and make it a national museum dedicated to memorializing the entire war. In the lobby today is a display of this transformation, and it specifically highlights Stevens and Inouye.

Today, the museum occupies the better part of three city blocks in downtown New Orleans, is that city’s No. 1 visitor attraction, is well financed, and has displays on most every aspect of WWII — more than I can go into here. It also contains an eight-story hotel and conference center, a multi-level parking garage, and has a wide variety of active educational programs. In addition to the vast displays about the European Theater, the Pacific Theater and war on the home front, there is a period malt shop and a restaurant. There is also a re-created USO ballroom, in which concerts and other entertainment are staged. The museum’s lobby prominently displays the many hundreds of major donors, including Steven Spielberg and Tom Hanks, and many American and foreign companies and families.

What greatly surprised my husband and I during our visit in 2018 was that there was no display or reference to the Aleutian Campaign. None.  There was nothing about the forced relocation of the Aleut people, nothing about the construction of the Alcan Highway. The only indication in the entire museum was on a large wall map of the furthest extent of Japanese control in the Pacific, showing Attu and Kiska in small letters at the top of the map, almost up in a corner. With the Aleutian Campaign being proportionally one of the bloodiest campaigns of WWII, we approached museum staff to enquire. That individual knew nothing of the Aleutian Campaign, and we eventually found out that the librarian had no materials on the topic. Once home, my husband and I spent more than $200 gathering and mailing a box of documents and literature to the museum. A later call from the librarian said that she would keep a couple of the booklets published by the National Park Service, but that she had no room for the rest. She was either to toss the materials or send it back to us. We asked that it be donated to a local New Orleans school, and that was done.

I would like to inspire Alaskans, including our governor, congressional delegation, and the Aleut Corporation to contact the National WWII Museum and petition for a permanent display on the Aleutian Campaign, the building of the Alcan Highway and the forced relocation of the Aleut people. Write the Board Chairman, Mr. Paul Hilliard.  He’s a WWII veteran.  The mailing address is 945 Magazine St., New Orleans, LA 70130. I encourage interested readers to explore online, and visit in person, this grand testament to those who served, sacrificed and provided industrial support during WWII.

Jeanne Ostnes, a third-generation Alaskan from Fairbanks, is retired and living in Anchorage. Her father flew nineteen missions in a B-17 over France and Germany. She is an annual Patriot Circle donor to the museum, active in the Anchorage veterans' community, and was involved with the renovation of the Anchorage Veterans' Memorial.