The election is over. Alaska’s real political fights are about to start. 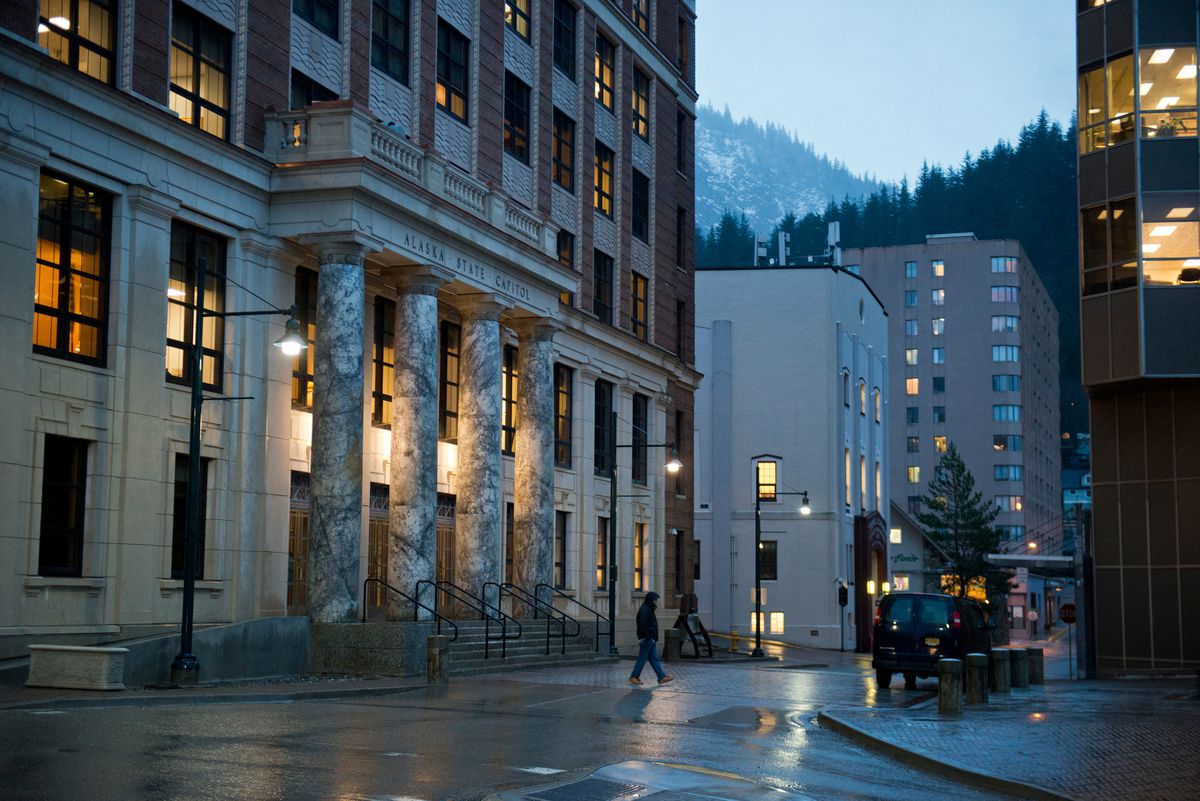 Now that election officials have waded through the more than 150,000 general election ballots in Alaska counted after Election Day, some politicos are gearing up for the next big, knock-down, drag-out show — the convening of the 32nd Alaska Legislature in January.

The theme song for the Legislature should be “The Party’s Over,” and when our 20 state senators and 40 representatives, some of them brand-spanking new, gather in Juneau, they will come face-to-face with Alaska’s chronic and worsening fiscal mess.

It will be a dreadful surprise for some, like finding out the tooth fairy actually is there to collect more teeth. It has been a hoot listening to months of campaign ads promising no pain and full Permanent Fund dividends, as if our troublesome, interminable billion-dollar budget shortfalls, dwindling income and vanishing savings are no big deal. Ignorance, it seems, truly is bliss. The only way a rational person with an IQ greater than room temperature would go to Juneau as a legislator at this point is at gunpoint.

Over the years, irresponsible Alaska lawmakers at the behest of Alaskans — and, too often, with their blessing — have spent money like drunken sailors. Whenever they ran into the red, they tapped the Constitutional Budget Reserve or the Statutory Budget Reserve. Since fiscal 2013, they have drained Alaska’s reserves of $16 billion to pad excessive spending.

Lawmakers, again with the cheery acquiescence of us all, left the mess to the next Legislature, and the next, until this one, which frankly finds itself holding an empty bag. There is dwindling income. Our savings are kaput, or may be by the middle of next year. The pandemic is wreaking havoc on our already shaky economy. Oil prices remain low, and throughput in the trans-Alaska oil pipeline this week was about 512,000 barrels a day. Pick a crisis you like. There are plenty to go around.

This upcoming session may be one of the toughest among a long series of very tough legislative sessions. We want a balanced budget. We do not want taxes in any shape or form and we do not want to cut spending. Oh, and we want a full Permanent Fund dividend and the portions snatched by former Gov. Bill Walker and past Legislatures. We want it all. We do not want to pay. Don’t bother us. Just do it.

Something must give and there are few choices, none of them appealing. Despite promises to the contrary, our esteemed representatives are going to have to look at all manner of things, most notably the Permanent Fund dividend, which has become the tail wagging Alaska’s dog when it comes to fiscal concerns and taxes.

The reality is that a full dividend under what has become known as the traditional formula, adopted in 1982, leaves the state with more than a $2 billion budget deficit just as savings evaporate from years of profligate spending.

Count me among those who never have been in favor of the dividend since it was foisted on the state in 1980 as a means of protecting the corpus of the Permanent Fund from the Legislature. (Yes, yes, I spend mine, too.) It was, and remains, lousy public policy that now drives government’s fiscal decisions, a nonsensical freebie that morphed into an entrenched entitlement, a political third rail with far-reaching fiscal consequences. Its true purpose has been eclipsed to the point it now laughingly is known to some as the “Alaska Permanent Dividend Fund.”

On the other hand, the annual payouts, at least in their traditional amounts, pumped about $1 billion into Alaska’s economy annually at a time of the year when it was sorely needed. Its impact was not small.

The University of Alaska Institute of Social and Economic Research some time ago weighed potential short-run economic effects of options, from cutting the state’s workforce, to taxes, to reducing the PFD as the state tries to raise revenues. It concluded dividend cuts have “the greatest short-run effects on income” and cost the poorest Alaskans the most in disposable income.”

Well, what about taxes to help fix the mess? The idea is loathsome, but the short answer is that you could not tax Alaskans enough to make up the deficit. Well, then, what? The answer is that it will take a combination of revenue approaches, a little from Column A and then some from Column B, along with an honest look at spending to even begin to solve the problem.

It will take a truckload of political courage. Can this batch of lawmakers pull it off? Not until a majority rejects the notion that Alaska’s fiscal mess is a simple problem with a simple answer; that, instead, it is a complex web, a crazy quilt of interwoven laws, regulations and policies.

Oh, and they learn the lyrics to “The Party’s Over.”