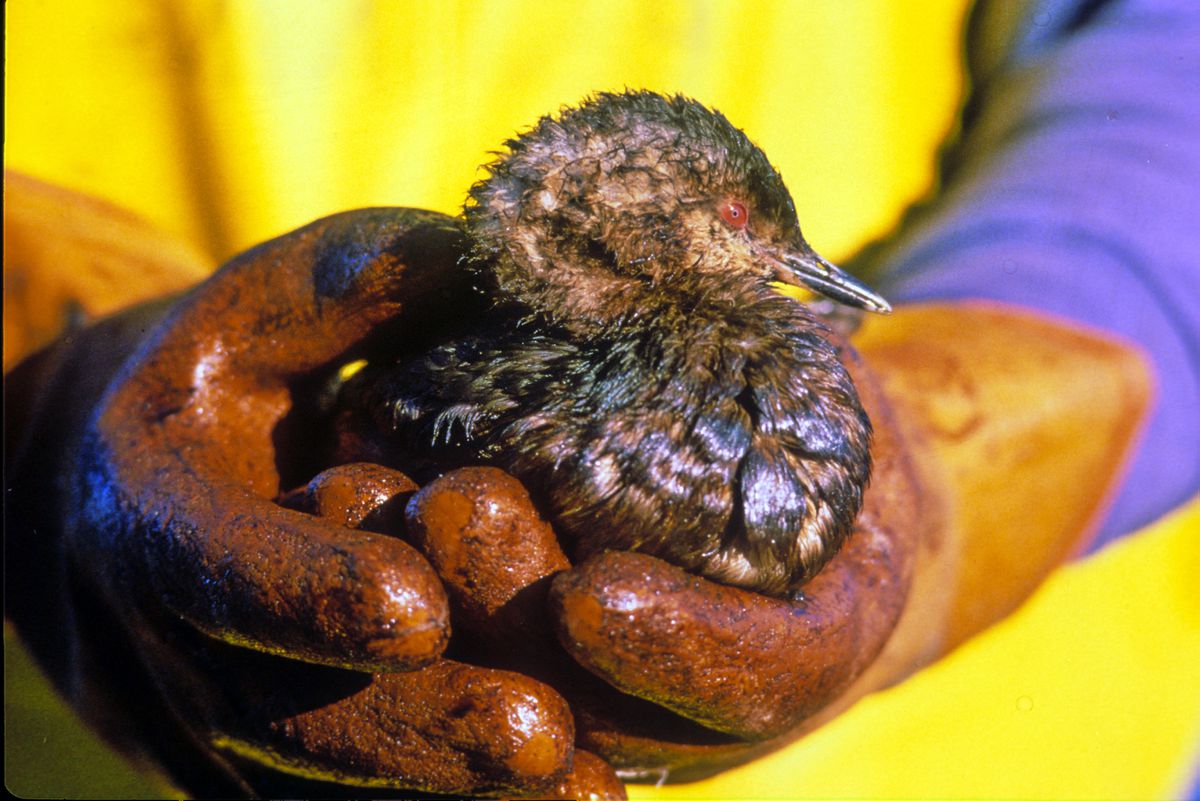 We, and the Alaska Native people we represent, are tied to the lands, oceans, and history of this place; our ancestors and elders have been the stewards of the Chugach and Koniag regions since time immemorial. With that in mind, we believe it’s time to talk about the future of the Exxon Valdez Oil Spill (EVOS) Trust: what it should benefit and preserve, as well as what it shouldn’t.

Oil impacts the lives of all Alaskans. It contributes to one of the largest industries in the state, accounting for $3.1 billion in wages, 6,000 jobs and an additional 45,500 jobs indirectly. Despite all the industry has done for Alaska, it has not come without some collateral damage. When things go wrong, oil has the potential to do incalculable damage to the environment and change human lives in dramatic ways.

More than 30 years ago, the Exxon Valdez ran aground on Bligh Reef and spilled more than 11 million gallons of crude oil into the pristine waters of Prince William Sound, contaminating over 1,300 miles of mostly undeveloped coastline. Plants, fish, and marine mammals suffered enormously. No other single event in the collective memory of our people has had as significant an impact on our way of life and the places where we live, play, fish and hunt.

Despite the $3.8 billion spent on cleanup and habitat restoration, it is too soon for the Trustee Council to declare success and say our communities and the environment have been “restored.” We continue to live with the impacts of the spill and must remain vigilant in monitoring the long-term health of communities and marine species in the spill-impacted area.

We are charged with ensuring the EVOS Trust is managed for the maximum sustainable benefit of the spill-impacted region and the people who live there. For that to happen, the EVOS Trust must change. Rather than spending down the Trust’s remaining assets (valued at approximately $150 million) over the next 20 years, we believe reforms to the trust are necessary to ensure the remaining funds will continue to support the health of future generations in the region. It is time to abandon the “sunset” approach and adopt the “perpetual endowment” model used by countless institutions around the world.

That is why we support “A New Vision for EVOS,” a proposal that outlines how the remaining assets in the trust can be put to the most effective and efficient use. By transferring the remaining trust funds to the Alaska Community Foundation (ACF), an organization better equipped to manage and distribute these resources than the current administration, significant benefits and efficiencies would be realized. Administrative costs alone would fall from nearly $0.50 for every dollar disbursed to just $0.07, meaning more funding available for communities and research. It also means the assets could exist well into the future.

The Think Tank proposal is not the only option for EVOS reform, but rather than implement a public dialogue regarding improving the process, the EVOS Trustee Council proposed four resolutions for a 60-day public comment period that would advance the Council’s plan to “spend down” the remaining EVOS funds.

If approved, these resolutions would spend down the funds by 1) eliminating the annual Trustee Council public meeting and funding process; 2) allowing the Trustees to approve multi-year projects; 3) combining the habitat and research sub-accounts; and 4) expanding the boundaries of the oil spill impacted region for the purposes of ecosystem restoration. We are most concerned with the reduction of public participation and funding projects outside of the spill boundary, which runs counter to the original intent of the Trust.

We understand hesitation by the Trustee Council to alter something as large and longstanding as the EVOS Trust. However, we believe it is time for an open and frank discussion about the future of the Trust’s assets. That’s why we are collaborating with the EVOS Public Advisory Committee and Trustee Council to discuss how the Trust can best continue to support the restoration of the spill-impacted region and have taken steps to determine the legal requirements for altering it.

We know we all want the same thing for Alaskans: to unite around the common goal of restoring the spill-impacted region and supporting scientific research, habitat restoration, cultural preservation and the health of every community affected by the spill. It is in this spirit of collaboration and common effort that we strive to ensure the EVOS Trust works for the benefit of future generations.

Please join us and make your voice heard by providing comments at: www.newvisionforevos.org/evos-public-comment All comments are due by Dec.16.

Sheri Buretta is the interim CEO and Chair of the Board at Chugach Alaska Corporation – the Alaska Native Corporation representing Prince William Sound  and many communities and peoples living within the spill-impacted region. Sheri’s family is from the Native Village of Tatitlek. Shauna Hegna is President of Koniag – the Alaska Native Corporation representing the communities and peoples of the Kodiak Archipelago. Shauna was raised in the Village of Port Lions on Kodiak Island. Chugach Alaska Corporation and Koniag are the two major Native corporation land holders within the spill-impacted region and represent numerous shareholder communities impacted by the Exxon Valdez oil spill.