The Republicans I miss in the Alaska Legislature 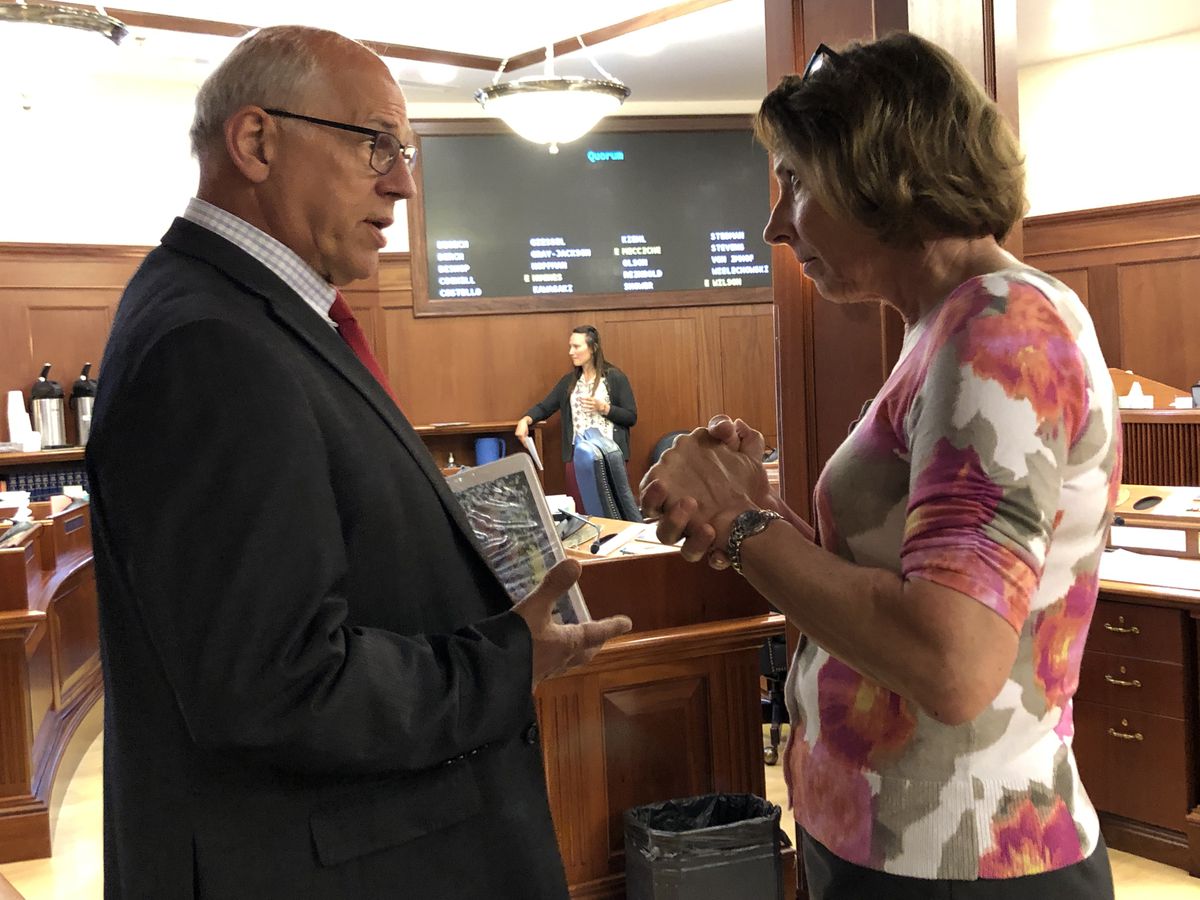 The new year, the COVID-19 crisis, and the end of the election cycle have caused me to reflect on the many great legislators I’ve had the privilege of working with over the past eight years. I wanted to take some time to comment on some of them and recall the wisdom of the voters in electing each one.

A number were defeated at the polls. Some chose to retire. Tragically, three died while in office.

Most interesting to me is how many GOP legislators I am missing now. In fact, it is legislators far more conservative than myself — except for, perhaps, on fiscal policy where I have mostly joined with them — that I may miss the most.

A politician quickly learns that alliances with other elected officials fit into a series of Venn diagrams, with overlapping circles. It’s in the nature of things that often, when a connection is made with the opposing camp, it comes with greater appreciation than when it’s made with a member of the same party.

It’s important to appreciate the will of the voter, even when they unseat folks you don’t want unseated. This happened four times to me this past August. It was my pleasure to work with Sens. Cathy Giessel and John Coghill. Each brought eclectic backgrounds and vast knowledge of the state and the legislative process to their work. Each also brought honor and dignity to their tenure and were worthy of the trust placed in them. Sen. Coghill is renowned for his honor, honesty and intelligence. He is a stalwart conservative who championed criminal justice reform because his deep faith compelled him to. There is incredible honor in that. Sen. Giessel is a great conservative, too, and brought a breadth of knowledge regarding health care issues and among other topics, oil and gas. I could hardly identify where our circles overlapped until 2019. Then both she and Sen. Coghill resisted the extremism of the current administration and fought the destruction of basic institutions of Alaska society that Alaskans had built and supported for decades, and that both deemed worthy of their continuing support. They acted courageously to preserve some economic and institutional balance and were defeated for failing an unfortunate test of purity.

Similarly, I’ll miss my House colleagues Reps. Jennifer Johnston and Chuck Kopp. Jennifer is a pragmatic conservative who ably represented her constituents and brought a broad understanding of state fiscal policy to her work. Chuck brought wisdom about public safety, what it’s like to wear a first responder’s uniform and his own work for the legislature to service in office. Chuck was easily the most eloquent speaker on the House Floor during my term of service. When he rose, one merely had to sit back and know that he’d cover the issue with an economy of words, the correct cadence and the eloquence of the son of a preacher.

Chuck Kopp was sometimes confused with the late Gary Knopp. I used to say, “if it rhymes with Opp, it’s alright.” Like most two people, they were dissimilar in style and presence. Tragically, Gary died in a plane crash this past summer. He brought the wisdom of a centrist to his work in Juneau and we miss him for his kindness, intelligence and courage.

Two others have died while I’ve been in office. Rep. Max Gruenberg was beloved by all members of the Legislature. When he died of a heart attack some years ago, I observed the reaction of my GOP colleagues to his passing. It was incredibly heartfelt. I quickly grasped why. Though Max was a proud Democrat, he was mostly apolitical and didn’t have a disingenuous bone in his body. Republicans knew that instinctively. Speaker Mike Chenault understood that naming the House Judiciary Committee room after Max was the greatest honor we could bestow on him, as Max was a wordsmith and tactician of the language who demanded the highest caliber of writing in legislation. While this exhausted his fellow committee members, the public and the courts have benefited enormously.

The passing of Chris Birch was traumatic for me. Sen. Birch and I were polar opposites, especially on how the resources of Alaska should be developed, and in my case, if they should be developed at all. But, as with the other senators I’ve mentioned, when he saw administrative overreach on topics like the devastating defunding of his beloved University of Alaska, he was an incredible ally. He was every bit as comforting as an ally as he had been troublesome as a political adversary. As with Sens. Coghill and Giessel, he became heroic to me in 2019 as we dealt with an effort to dismantle Alaska.

A final Republican I’d be remiss if I didn’t mention is Paul Seaton. At a White House state dinner held for Nobel Prize winners, President John F. Kennedy noted that the collection of talent assembled that evening was the greatest in the people’s house since Thomas Jefferson dined alone. In a less dramatic way, Paul comes to mind for me. It is difficult to identify a policy topic that Paul had not mastered in its particulars and attempted to improve for the people of the state. He could legitimately and ably hold, today, any of the commissionerships of the departments of Environmental Conservation, Fish and Game, Natural Resources or Revenue.

And, finally, I’d comment on three great Democrats who I miss today. In his decades-long service, Sen. Johnny Ellis was a champion of all things progressive, but also understood how Juneau worked and how to get things done here. He was a mentor and teacher to scores of staff, interns and us all. My former state senator, Berta Gardner, brought a principled decency and dignity to her time in office. She was a courageous mentor to me. And last, Rep. Les Gara can’t be forgotten. Les and I were — and are — great friends. Les was a tireless worker for progressive causes and woke up every day concerned with the underprivileged in Alaska: the homeless child, the public school student, a struggling senior. He was my benchmark for what societal goals were worthy of efforts to attain.

I miss each of these great legislators. Collectively, they made the Legislature a better place.

Andy Josephson was first elected to the Alaska State House of Representatives in 2012 and represents residents in Midtown, the university area and East Anchorage.