We must rebuild our democracy 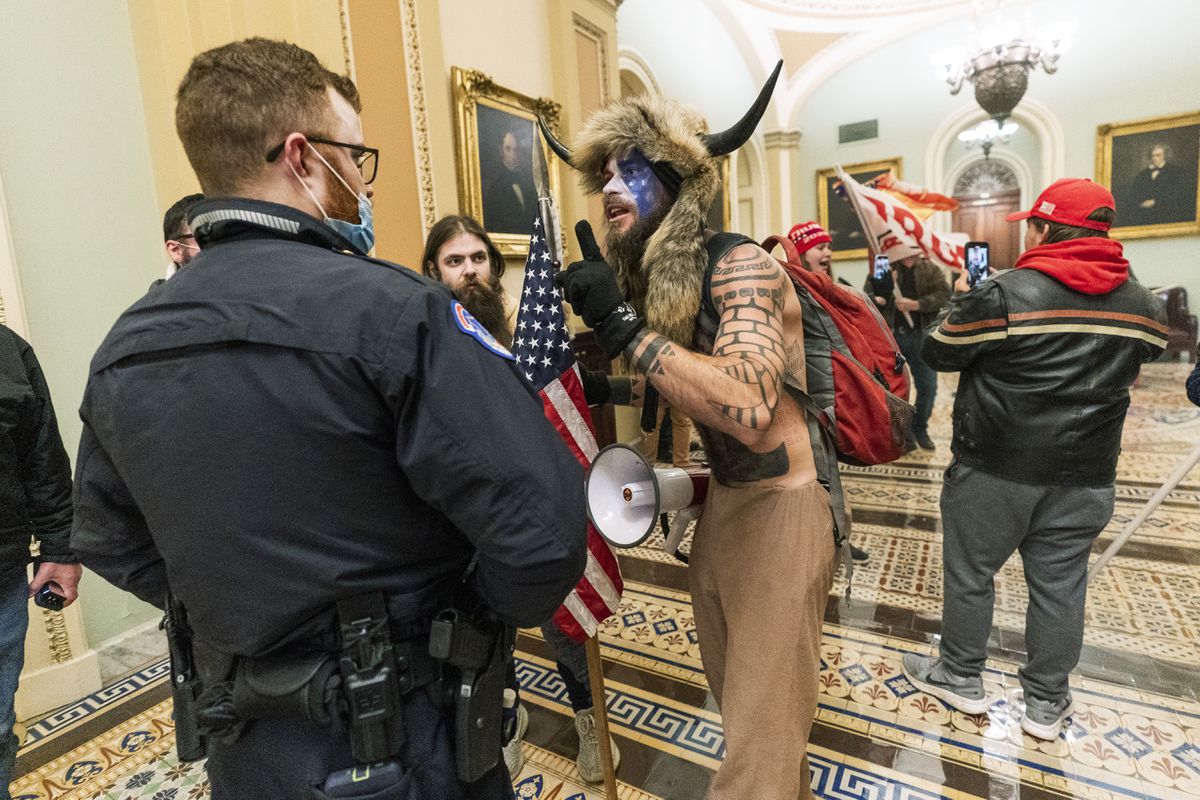 FILE - In this Jan. 6, 2021, file photo supporters of President Donald Trump are confronted by U.S. Capitol Police officers outside the Senate Chamber inside the Capitol in Washington. An Arizona man seen in photos and video of the mob wearing a fur hat with horns was also charged Saturday in Wednesday's chaos. Jacob Anthony Chansley, who also goes by the name Jake Angeli, was taken into custody Saturday, Jan. 9. (AP Photo/Manuel Balce Ceneta, File)

FILE - In this Jan. 6, 2021, file photo supporters of President Donald Trump are confronted by U.S. Capitol Police officers outside the Senate Chamber inside the Capitol in Washington. An Arizona man seen in photos and video of the mob wearing a fur hat with horns was also charged Saturday in Wednesday's chaos. Jacob Anthony Chansley, who also goes by the name Jake Angeli, was taken into custody Saturday, Jan. 9. (AP Photo/Manuel Balce Ceneta, File)

The violent assault on our Capitol on Jan. 6 was the culmination of four years of increasingly brazen attacks on our democratic institutions, as well as attacks on individual people — particularly people of color. The violence is not limited to Washington, D.C., and the threat is not limited to federal officials. Donald Trump and a toxic social media environment have produced growing threats to our civil institutions and safety, in Anchorage and throughout the country. To repel these threats and rebuild our democracy, we need to hold perpetrators accountable, break apart cells of fanatics who organize and incite violence, and we must reinforce democratic institutions.

There cannot be justice without holding perpetrators accountable, and there cannot be peace when violent people and organizations brazenly threaten public safety. Those who enabled and encouraged the rise of violent, anti-democratic fanaticism must be identified and publicly condemned. That includes elected officials who stood by silently while Trump invented claims of a stolen election. It includes elected officials and other public leaders who didn’t have the courage to fight back when he empowered racist violence.

Tragically, some of those enablers are in our community. Gov. Mike Dunleavy supported Trump’s attempts to overturn the election, as did some of his high-ranking appointees. At the local level, Anchorage Assemblywoman Jamie Allard has helped members of an off-the-rails local Facebook group to intimidate Assembly members and the acting mayor, even visiting their houses with mobs at night.

There have also been heroes who stood up for our democratic institutions. While many Republican elected officials hid in a corner or actively supported Trump’s attempt to overturn the election, Sen. Lisa Murkowski and Congressman Don Young were clear that the president must accept a peaceful transition of power. Many congressional Republicans like Dan Sullivan and Mitch McConnell tried to avoid taking a position for far too long, but after the violent assault on the Capitol, they finally and forcefully condemned Trump’s insurrection and refusal to participate in a transition to the new administration. To the police, National Guardsmen, governors and members of Congress who ultimately expelled a violent mob and oversaw a democratic transition of presidential administrations: Thank you.

Donald Trump is leaving the White House, but he leaves behind a radicalized and dangerous band of fanatics who have been encouraged to use violence against our democracy. From Washington, D.C., to Anchorage, it is time to put a stop once and for all to the threats and violence organized by these thugs. Rebuilding democracy starts at home, and we all have a role to play. Let’s shut down cells that threaten violence like the “Save Anchorage” Facebook group, put a stop to local violent organizing, thank our federal officials who stand up for democracy, and hold accountable those who will not. With courage and determination, we can look back years from now at a Trump-incited mob as the death throes of a white supremacist culture that should have perished long ago.

Kevin McGee is president of the Anchorage NAACP.