If we want national unity, here are some steps we should take together 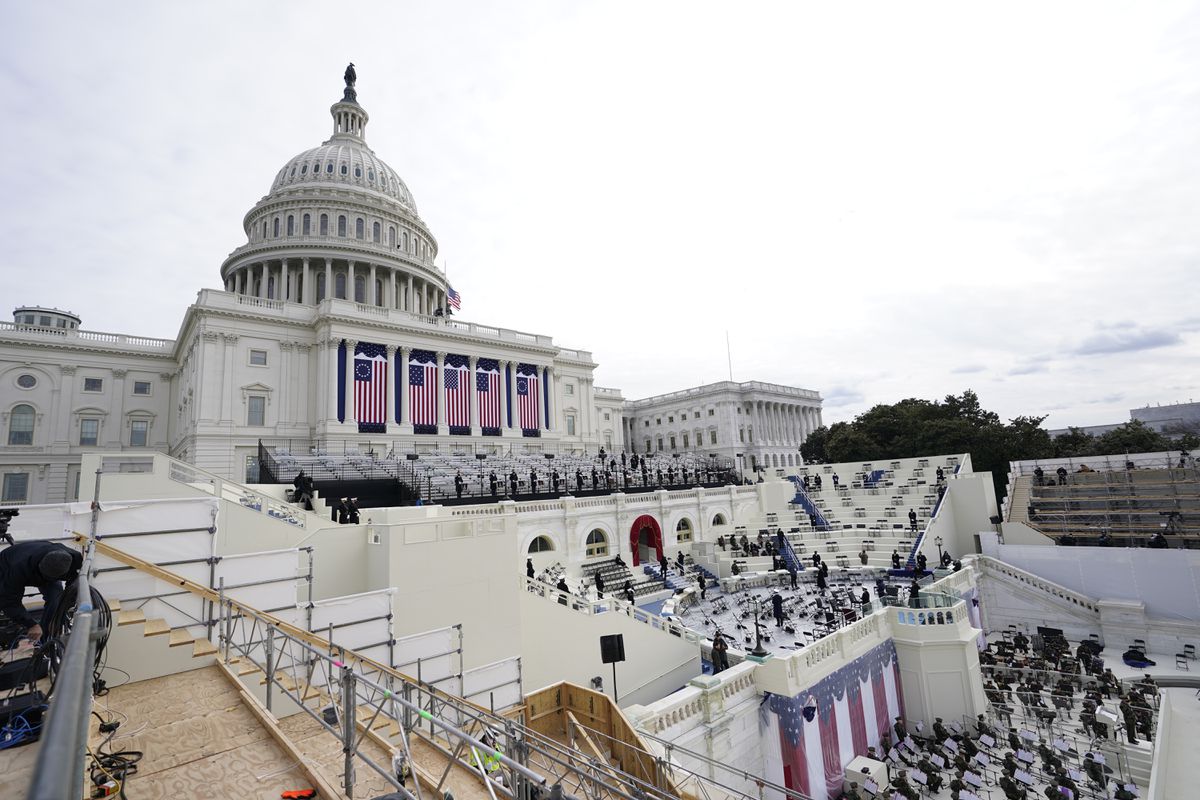 Preparations are made prior to a dress rehearsal for the 59th inaugural ceremony for President-elect Joe Biden and Vice President-elect Kamala Harris on Monday, January 18, 2021 at the U.S. Capitol in Washington. (AP Photo/Carolyn Kaster)

Preparations are made prior to a dress rehearsal for the 59th inaugural ceremony for President-elect Joe Biden and Vice President-elect Kamala Harris on Monday, January 18, 2021 at the U.S. Capitol in Washington. (AP Photo/Carolyn Kaster)

In the wake of the violent insurrection at the capitol, Republican representative Kevin McCarthy tweeted that “we must work together to lower the temperature & unite the country.” Similar calls for unity have been issued from a wide variety of pundits and elected officials. It’s a noble goal, and one that we all share. However, like most things of great importance, it cannot be rushed. It has to be carefully built on a solid foundation. If we race to the endpoint, it will be a false unity doomed to collapse. So, how do we get from wrongdoing to unity?

The path to unity begins with acknowledging truth. This has been an era of lies, and one lie in particular – that this election was fraudulent – was the root cause of the violence. We will have no unity until that lie is laid to rest permanently. Those who believe it and those who began it must publicly and forcefully refute it. Disunity is dishonesty’s natural consequence; a lie is divisive because it asks us to be divided from facts.

The next step on the path to unity is confessing. The perpetrators of the wrongdoing have to admit that they have done wrong. In this case, there is a double wrongdoing: the lie, and the violence. If we are to build a lasting unity, those who participated in the lies and/or the violence must apologize for the wrongdoing and for the harm that the wrongdoing caused. This includes, but is not limited to, the erosion of faith in our electoral system, the deaths of five people in the Jan. 6 riot, and the serious injury of many others. An apology is the bare minimum that the perpetrator of the lies and violence can offer. In the spirit of unity, this is also where the victims have the option to forgive.

The final step on the path to unity is repenting, in which the perpetrators must take action to make amends for the wrongdoing. This is not cruel punishment or retributive self-flagellation. Rather, it is the logical restoration of the previous order. For example, if I rob a bank, the very bare minimum of my repentance would be to give the money back. An extra amount of repentance would be to pay interest. This step of repentance is where the victim has the option to show mercy and grace.

As we reflect on the tragic riot at the Capitol, it is important to recognize that our nation has not even completed the first step. Following the insurrection, 147 Republican members of Congress voted not to certify the electoral votes, attempting to overturn a free and fair election and rejecting the first step of truth. These votes and the continued perpetuation of lies are the major roadblock to unity. Also, very few have confessed to or apologized for perpetuating the lie. Sen. James Lankford (R-Okla.) had the character to apologize to Black constituents for opposing the electoral college results, saying he didn’t realize that it would cast doubt “on the validity of votes coming out of predominantly Black communities.” He added, “I deeply regret my blindness to that perception, and for that I am sorry.” That is a step toward real unity.

The hope remains that we will one day realize President Abraham Lincoln’s vision of a nation with malice toward none and charity for all. This unity is a shared goal. But unless it is built on truth, confession and repentance, it is not unity at all, but cowardice: the unwillingness to face and deal with our own sins.