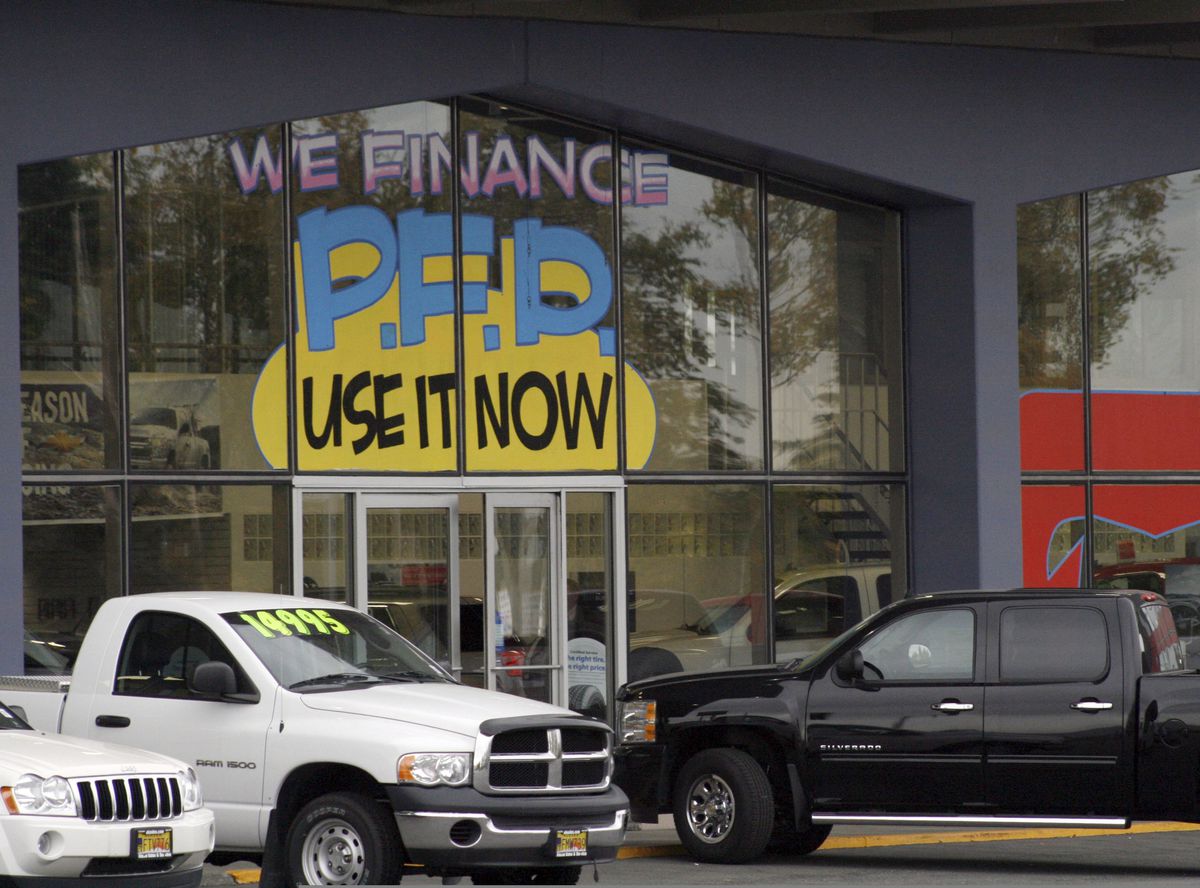 If Gov. Mike Dunleavy has his way, Alaskans will be getting fat Permanent Fund dividend checks this spring and fall, $1,900 in late spring and another $3,000 later in the fall. The money would come from Permanent Fund earnings.

The Fund has had a good ride this past year and is now at about $74 billion. Alaskans are hurting, the governor says. Why not share some of the windfall?

A lot of Alaskans could certainly use the extra cash. But the Legislature has to ask some tough questions, particularly the impact on the long-term sustainability of the Permanent Fund if big payouts continue.

We must assume that will happen, politicians being politicians. Once the public appetite is whetted for bigger PFDs, it will be tough for the governor or Legislature to tamp down expectations. There’s another election next year, too.

It’s hard for me to understand, though, how good conservatives like the governor and conservative Republican legislators can support such a socialist idea — giving away money. Politics is a strange business.

Let’s think this through: For starters, I’m not sure big PFDs will be the economic stimulus people hope for. We had five billion dollars pumped into our state last year by Congress in COVID-19 economic stabilization and our economy is still stressed.

Hundreds of millions, possibly billions of dollars in new aid is headed our way. The big PFDS will add more. Will all of this do the trick?

I have a simpler idea. Let’s tackle the root of the problem: the pandemic. If the virus were brought under control, businesses could reopen faster, even bars and restaurants, putting people back to work. A reopening of the economy is a more effective Paycheck Protection Program than anything Congress could offer.

How do we get the virus under control? Simple: Wear face masks.

We’re see this in countries like Vietnam, Thailand and New Zealand, where people accept public health measures and don’t allow them to become part of the culture wars.

Face masks and hand washing are less expensive and effective than big handouts, too.

But let’s get back to PFDs. The fact is that economists have a hard time measuring actual benefits from spending of dividends. Intuitively we know benefits exist, but they appear to be too small to see in data.

I taught briefly at the University of Alaska Anchorage, and an economics graduate student in one of my classes tried to measure the stimulus effect of PFDs. He couldn’t find much.

Several approaches were tried, including examination of sales tax data in communities that have them and even alcohol tax data, which reflects consumption. The effects were so small as to be buried in broader trends such as holiday shopping.

State labor economists also looked for a bump in jobs from PFDs and couldn’t see any effects either. One data point showing a correlation was for marijuana sales which rise at PFD time, according to tax data.

On the flip side, there is anecdotal information of benefits. Bankers say their customers pay down bills at PFD time. This is a good thing that wouldn’t be captured in data that is public.

Big-ticket retailers say they really don’t get a sales surge at PFD time despite all those advertisements, at least compared to what they see in a normal holiday season.

This isn’t surprising. We know 20% to 25% of PFD payments go right to Uncle Sam in federal taxes. Alaskans with middle to higher incomes usually put dividend money in savings, so this doesn’t enter the economy either.

This year, savings will likely be higher because vacation travel is limited and there are fewer opportunities for local spending.

Overall, the governor’s PFD deal is a mixed bag. There are real benefits, no doubt. Getting big checks is a big boost to morale, and we need that.

But the downsides are easy to see. Let’s start with Alaska’s reputation for financial discipline. Our state had bad credit when revenues were based mainly on the see-saw of oil income, and we were unable to craft a coherent fiscal policy.

Then we made a leap with the decision to use a portion of the Permanent Fund’s ample annual income to help support the state budget.

We adopted a percent-market-value, or POMV, annual draw on Fund earnings, like those use in big endowments for universities and charities which have annual draws. We set ours at 5 percent of the average market value, averaged over the previous five years to smooth out big one-year gains or losses.

This was big. For the first time Alaskans diversified state government revenues with a Permanent Fund earnings draw based on clear rules set forth in a state law.

Financial analysts applauded and boosted Alaska’s credit ratings. We now have what appears to be a stable $3 billion-a-year source of income, which will pay over 70 percent of the budget next year.

Now comes the big PFDS. The bottom line here is we can’t afford any PFDs, much less big ones, with our current revenues including those from the Permanent Fund.

If large PFDs are paid there will be big deficits. There’s no way to pay these except to take more from the Permanent Fund.

Funding the $1,900 dividend in March and $3,000 dividend later in the year will almost double our draw from the Fund from 5 percent to 9 percent. If that continues it will start the drain of the Fund.

So much for financial discipline. Alaska’s credibility in sticking to any financial rule goes down the toilet.

But then, we’re Alaskans, right? We don’t care what Wall Street thinks. We just want our big government checks, our PFDs. We don’t wear face masks, either.