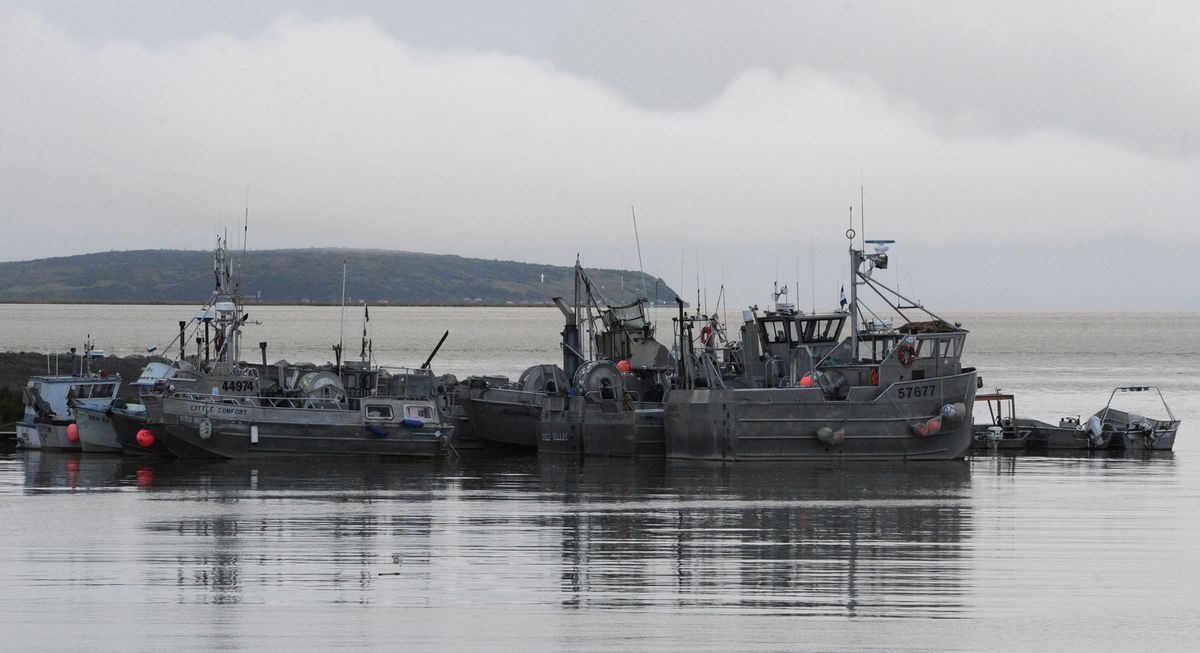 In the next few weeks, the Biden administration is expected to take sweeping climate action as promised. The president has already done so on day one, including laudable actions such as rejoining the Paris Agreement and promulgating systematic review of Trump administration environmental rollbacks.

But very soon, we expect to see an executive order advancing an initiative called “30x30″ (pronounced ‘thirty-by-thirty’) that calls for the protection of 30% of the world’s oceans to commercial extractive use by 2030. For Americans, this could mean sealing off our access to an area of the ocean larger than Texas off the continental U.S. and Alaska. The move is staggering in its scope, and it could do severe harm to fishing communities.

Let me be clear: Commercial fishermen are on the front lines of climate change, and we have been calling for meaningful climate action for years. We support reductions in carbon emissions globally, and our organization has worked to reduce the Southeast Alaska fleet’s emissions. Nationally, we have led the world in our sustainable fisheries management, including prohibiting bottom trawling in more than 76% of our oceans already, without the need for blanket prohibitions. We proudly provide sustainable high-quality protein to both domestic and foreign markets, and this year provided over 400,000 seafood meals for free to families in need to address regional food insecurity. Despite all this, fisheries stakeholders have had no meaningful opportunities whatsoever to engage in policy discussions around this initiative.

The 30x30 initiative is an example of what is commonly called “environmental colonialism.” Policies that would wall off traditional fishing grounds and inhibit access without proper consultation increase corporatization of resources, disrupt local food systems and crush small-scale food producers in favor of mega-industrialized approaches. Just like in the US, small-scale fishermen around the world support coastal economies and food security. Although small-scale fishermen are seldom the cause of overfishing, they often bear the brunt of colonial policies simply because their catch is not monetized and therefore under-valued by global market assessments. Closures that place fisheries out of reach for artisanal fisheries abroad, or community-based fisheries here at home, will increase poverty, hunger and ultimately increase, not decrease, pressure on local resources.

Social justice, food security and climate solutions in the ocean require deep engagement of local stakeholders and triple-bottom-line solutions that integrate ocean, community and people. Marine reserves that exclude low-impact fisheries and ignore the essential contribution of sustainable fisheries to community health and food security cannot be part of the ideal model. Marine reserves that exclude food producers but allow sport fishing represent the worst aspects of white privilege colonialism — setting aside parts of the ocean for those who can afford to play at catching fish while disenfranchising those who support local economies and regional food security.

In his inaugural address, President Joe Biden issued a clarion call for the new administration: “Let’s begin to listen to one another again. Hear one another, see one another, show respect to one another. Politics doesn’t have to be a raging fire, destroying everything in its path.” Community-based fishermen have been loud and clear, seeking to be heard, acknowledged and respected, not consumed in a fire of colonialist policies that would sweep us aside. Ocean climate solutions must happen not to us, but with us.

Surely the Biden-Harris administration is committed to deeper engagement with the working people who risk their lives to feed the nation. The fishermen of America are standing by to be made a part of the team.

Linda Behnken is a commercial fisherman based in Sitka, and serves as executive director of the Alaska Longline Fishermen’s Association. She served nine years on the North Pacific Fishery Management Council, two years as a U.S. Commissioner to the International Pacific Halibut Commission, and has been involved in state, federal and national policy for almost 30 years. In 2016, she received a White House Champion for Change of Sustainable Fisheries award and in 2020 received the Heinz Foundation award for the Environment for her work promoting sustainable fisheries.