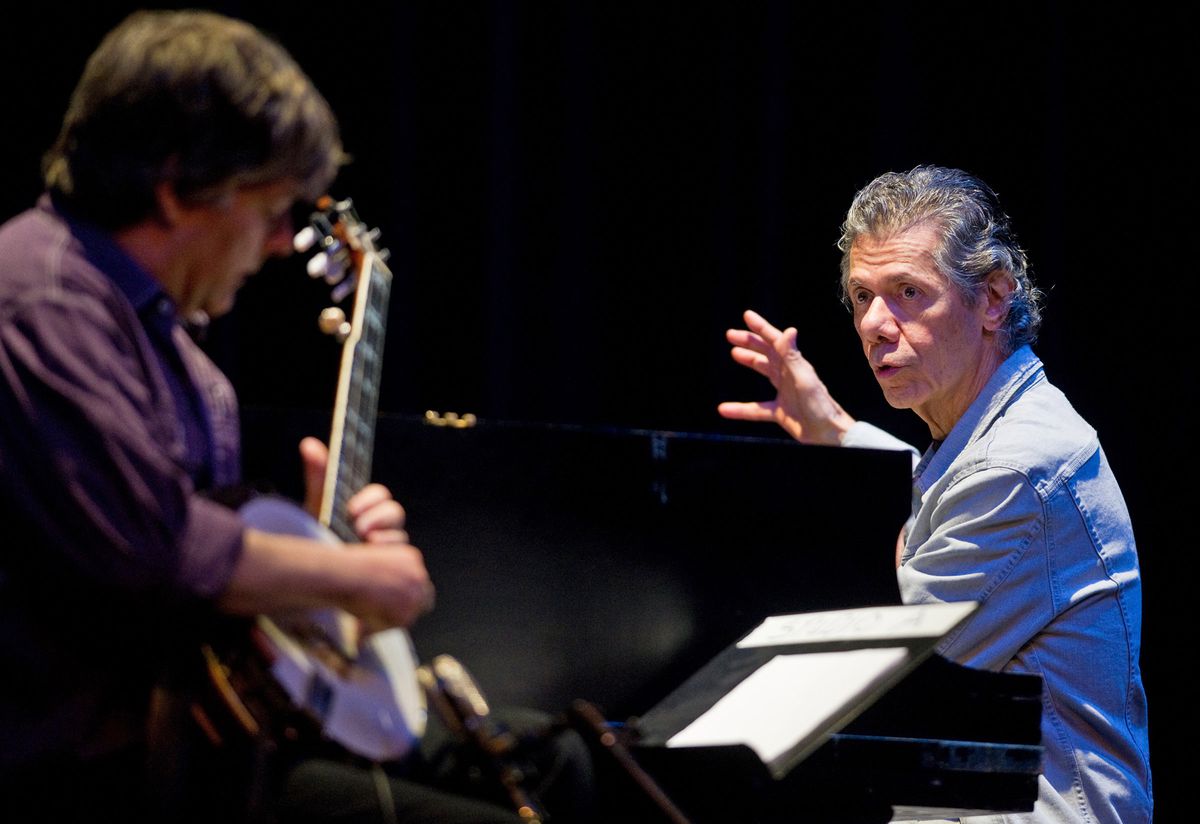 Along with most of the musical world, I was saddened to hear of the passing of Chick Corea this month. His passing prompted several memories of my interactions with him while he was in Alaska that I thought I would share. My first meeting with Chick was at the Alaska Center for the Performing Arts in 2006. I tuned and maintained all of the pianos there at the time, and as a jazz pianist myself, I was very excited to meet and hear someone of his stature perform. Chick had earlier recorded a flamenco fusion album entitled “Touchstone” in 1982, and he was performing many of those tunes along with a vibrant flamenco dancer right here in Anchorage. My interaction with him was brief.

However, as a result of that first meeting, I received a call in early 2014 from Chick’s usual piano technician. It appeared Chick and Bela Fleck were coming for an Alaska tour of Fairbanks, Anchorage and Juneau in April of 2014. Chick wanted me to travel to each venue to inspect and prepare each piano for his upcoming shows. As it turned out, Anchorage was the only town with a Yamaha concert grand piano at the performance venue, although I was able to find one at the University of Alaska Fairbanks, which we got moved to the performance hall for him.

I met Chick and Bela in Fairbanks. One of the things I had always admired about Chick was he never got in a musical “rut.” He was always reaching out to new and exciting musical vistas, and now here he was performing a duo with a jazz banjo player. Can any good thing come from a banjo!? After hearing Bela play, I can reply a resounding “yes!”

Bela told me one night that every time he and Chick went out on stage for a sound check, Chick would start playing the most complex obscure jazz song he could think of and leave Bela to either figure out something to play or go back to the dressing room. Bela took it as a fun little challenge — as did Chick. Although, I must say, Bela often had a serious look of consternation during sound checks, while Chick was usually smiling mischievously.

Our concerts in Fairbanks and Anchorage were mostly uneventful, except for the amazing music these two musical icons were producing. However, once we landed in Juneau, things changed a little. I got off the plane in the capital city and headed straight over to the auditorium at the Juneau-Douglas High School. An older Steinway D concert grand piano resides there.

Now, keep in mind that I had spent an entire day voicing, regulating and prepping this piano for this concert about a month earlier, and I had serviced this piano numerous times for concerts and events over the years. I knew this piano well, and while I knew Chick preferred a Yamaha whenever available, I really thought he would be happy with this Steinway.

Chick and Bela arrived just 30 minutes before the doors were to open for the concert to do their soundcheck. There were about eight to 12 stage techs milling around, including myself, standing back in the shadows. Chick sat down at the piano and began to play.

One of the more amazing things about Chick was that, unlike any other pianist for whom I had worked, he still had incredible dexterity and technique at the ripe old age of 72. After playing a couple chords and arpeggios, Chick abruptly stopped playing. My heart skipped a beat. He looked around and said, “Is the piano tuner still in the house?” I reluctantly stepped out of the shadows and said, “Yes Chick, I am right here.” In a very animated tone, Chick said, “I need you to take this thing down as low as this establishment will let you! Can you do that?” I said, “yes, I can.”

What Chick was asking me to do was make a wholesale change to the “tone” of the piano, which he found very offensive. Now I had been a concert piano technician for about 10 years, and I felt quite comfortable with the tone on the piano, and it sounded very much like the other pianos he had played — if not a bit mellower. At this point, I had about 20 minutes before the house doors would open, which was not nearly enough time to do what he was asking of me. I began to sweat as I reached for my tool bag and opened it. Just about that time, a guy hopped up on stage and put his arm on Chick’s shoulder and asked him what was wrong. He was Chick’s sound technician. Chick very dramatically played a few chords and told the tech he couldn’t play this piano in its current condition. Everyone on stage was very tense. The tech said, very calmly, “Chick, the piano sounds great out here in the auditorium.”

Chick paused for a moment with a look of puzzlement on his face. He made a “humph” sort of sound and reached into his pocket. He pulled out a small remote and began nervously pushing buttons on it. Chick had forgotten to change the setting on his implanted hearing aids (which I had no idea he even wore). He played a few chords and said confidently, “Oh, this sounds much better! So sorry, Dan.”

I heard a few chuckles around the stage. I looked at Chick as he smiled at me. “Chick,” I said, “You almost had me ruin a perfectly good Steinway grand!” He chuckled, looked at Bela and started playing some obscure beautiful song I had never heard. From the look on Bela’s face, he had never heard of it either. Rest in peace, Chick. There will never be another you!