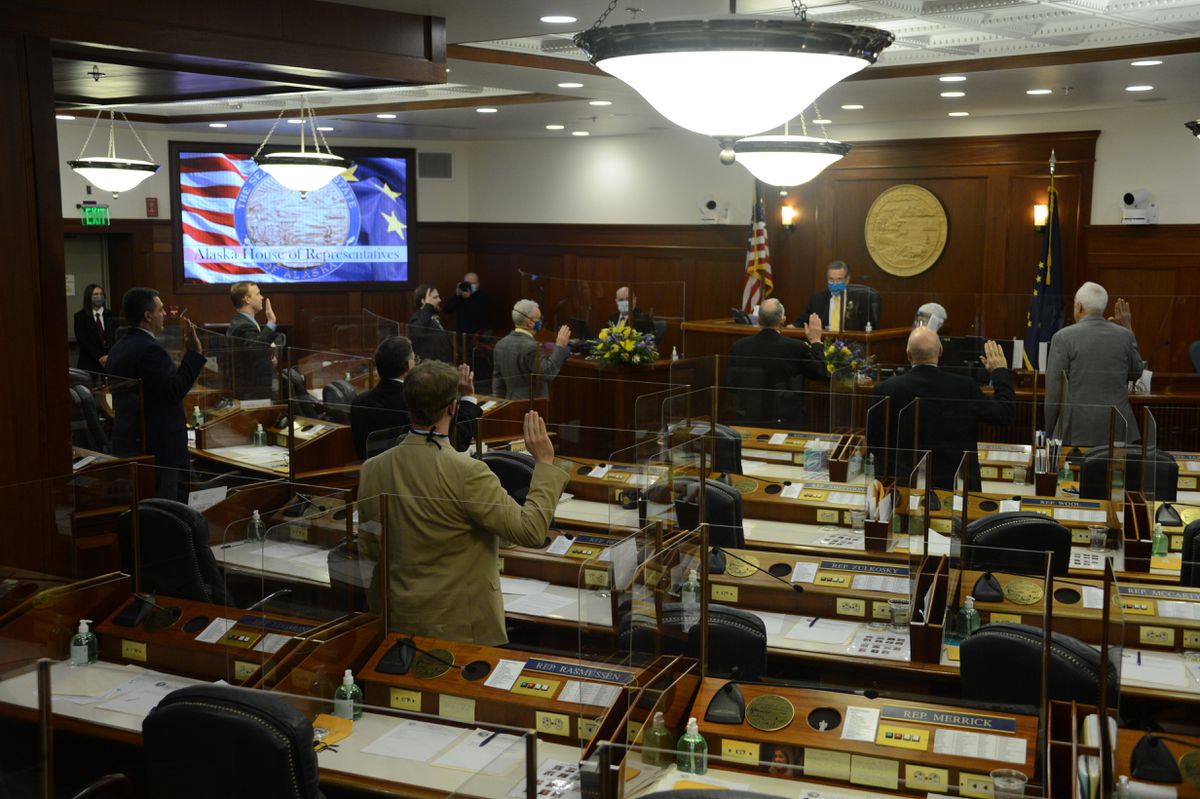 Major League Baseball games are far too long, with too much posturing by opposing players, delays and strategic moves that often don’t work. Sort of like the Alaska Legislature.

And while I have no workable ideas for how to shorten baseball games, I do have an idea for how to reduce the length and acrimony of legislative floor sessions and, maybe, stem some of the partisanship that slows down the entire process.

No, not term limits. But limits on talking, limits on bills an individual legislator can introduce, limits on floor amendments to legislation.

Not unreasonable limits that would stifle free speech, deprive legislators of their rights, or deny constituents the benefits of democracy. Rather, my proposal is intended to limit the superfluous, the grandstanding, the unproductive hours burned up under the guise of freedom of political speech.

Lawmakers spend far too much time introducing bills for show, bills that will never get a hearing — and probably shouldn’t. And far too many amendments are offered on the floor merely to rack up talking points and campaign soundbites for the next election by putting the other party in the proverbial bind of voting against a popular idea, even when the popular idea is not a good idea.

And often, too much time is devoted to talking during floor debates, even when the outcome is known to everyone in the room and nothing anyone says will change any minds. Make the point, but make it useful.

Here’s the plan to help move along the baseball games — I mean legislative work — at a faster pace.

At the start of every legislative session, each House and Senate member would get an electronic swipe card. But instead of being preloaded with money, it would be loaded with an allowable number for bills, floor amendments and talking minutes. Much like a latte punch card, introduce a bill or offer a floor amendment and the electronic system would deduct it from the card.

The House and Senate majority and minority leaders should get more time on their cards, since they do a lot more motioning and rising than their colleagues. But that’s a manageable adjustment.

And if you object to the idea of giving freshman lawmakers the same amount of talking time and same numbers of bills and amendments as committee chairs and wise veteran lawmakers, I have a solution: Legislators could sell their unused minutes and unneeded amendment quota to colleagues who really like to talk.

It’s a private-enterprise solution to a public problem. Let the market set the value.

Maybe it would prompt lawmakers to think: Do I really need this amendment or to give this floor speech, or should I sell it or save it for something more important?

Some may question whether legislators should be selling their quota shares to others — the answer could be to ban cash sales. Maybe all proceeds could go to each legislator’s favorite charitable group. Or the quotas could be traded for future use, much like one sports team trades a player for next year’s draft pick.