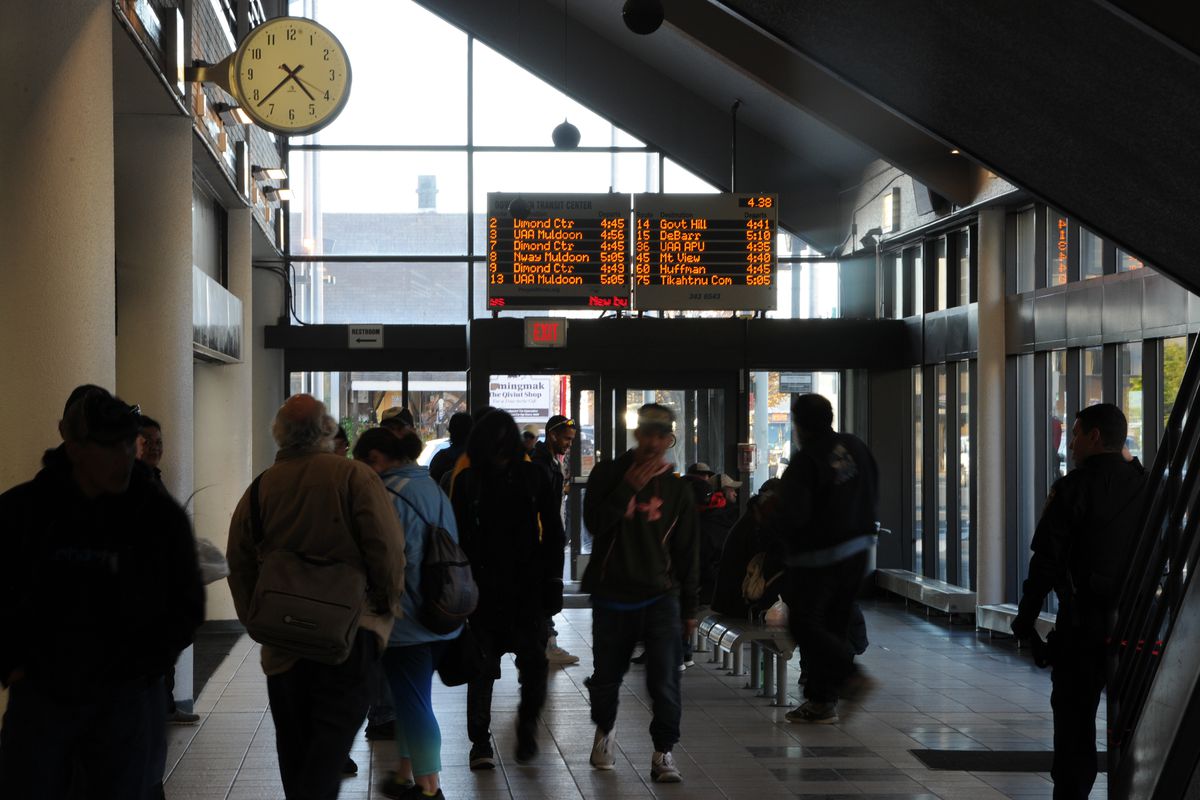 Hasty endings always leave things unsaid. Hard work goes unrecognized. Credit goes unclaimed. Thanks and appreciation are not expressed. This is my opportunity to pay that marker.

Many of our high-profile projects at the Anchorage Community Development Authority during the past few years you have read about in these pages. However, one the biggest untold success stories of my past five years hasn’t been what we’ve added, but what we’ve subtracted — while proper credit has never been given.

For more than 30 years, Anchorage mayors have struggled with how to tame the downtown transit center building. Owned by ACDA, the building, when opened in 1984, was award-winning for its open design and welcoming feel as a gathering place. But as society changed, the building did not. Hence, over the course of the past 30 years, the transit center became downtown’s biggest threat to public health and safety. I know people who have worked downtown, including myself, who historically avoided walking past the transit center by walking an extra block around the facility or crossing the street.

In July of 2015, when Mayor Ethan Berkowitz called me to offer the job directing ACDA, he made it clear his top priority was to finally do what no mayor before him had done: tame the transit center. I accepted his offer with two conditions: I needed to have a great latitude in which to operate and, if our conclusions were well-reasoned and factual, he would support our final decision. He agreed. We got to work.

So, after years reading the horror stories about drug dealing, sex trafficking and violence in the center and my own experience of crossing the street to avoid this building, I spent the first 75 days on the job stationed in the transit center. My team and I would spend hours every day trying to understand the flow of the building, interviewing the people, trying to study the demographics and the tenants. When we weren’t inside the facility, we were studying security footage to identify bad actors and patterns of behavior. After 75 days, neither increased security nor reduced hours made a bit of difference.

I remember the moment it became clear. On a late October afternoon, I was standing in the security office at the transit center. To my right were two public inebriates passed out on a bench, waiting to be picked up by the community service patrol. Suddenly, both security guards rushed out of the office to respond to a fight breaking out in the lobby, where one person had pulled a knife on another. That was the moment I knew it was over. On the 10-minute walk back to my office, I thought of all of the work we had done in the past 75 days and was convinced the only possible way to finally address a 30-year public health and safety risk was to shut and gut the building.

In a phone call to Mayor Berkowitz, I relayed our findings. The building violated several cardinal rules of public facilities. Hidden public bathrooms gave cover for bad and deadly behavior. Nooks and crannies were difficult to monitor. The center was the only warm public place, so it attracted people with no intent of taking the bus, some of whom were there with ill intent. At any given time, only one-third of the people in the building were there for legitimate purposes; the rest were a mixture of loiterers, public inebriates, drug dealers and sex traffickers. In one picture I took, there were 15 people in the frame, and only two were there to actually catch a bus — the rest were drunk and loitering. The tenants were barely surviving, and I was positive at least one of our tenants was a front for drugs. Many days, I would find there would be more first-responder vehicles at the center than buses. My cost of security and janitorial were approaching $1 million per year. The only solution was to shut and gut the building. Without hesitation, Mayor Berkowitz agreed.

Between 2015 and 2019, we began slowly moving out tenants and restricting the public floor space to a more securable footprint. The results were incredible. In 2015 at the transit center, there were 471 calls to police and medics, 2,098 calls to the Community Service Patrol to pick up public inebriates, we banned 954 people from the building for drugs or weapons and confiscated 1,283 bottles of liquor. In 2019, we had rolled back the tide. Emergency calls were down 83%, Community Service Patrol calls were down 65%, facility bans were down 98% and liquor confiscations were down 89%.

Today, the transit center is completely shut and gutted. The current development project planned for the site is a 156-room boutique hotel, 32 apartments and a modern new People Mover space. While this project has struggled to gain a foothold over the past four years, we feel the current development team has the best chance of all attempts to pull off this $50 million project. However, even if a hotel is never built on the site, the reimagined space will be designed with a heavy emphasis on crime prevention through environmental design to avoid the problems of the past.

ACDA’s ability to eliminate downtown’s greatest public health and safety threat and a facility whose burden on first responder resources was unsustainable is due to the vision and leadership of one person: former Mayor Ethan Berkowitz. He accomplished in less than five years what his predecessors had failed to do during the past few decades.

I would like to personally recognize Ethan for the trust and confidence he placed in me over the past five years by giving me a long leash and always keeping his word. He deserves as much credit as anyone — not just for the transformation of the transit center, but for his role in supporting ACDA in all of our historic accomplishments over the last five years, and for that I say thank you.