Take a lesson from Alaska’s pandemic history. Take the vaccine. 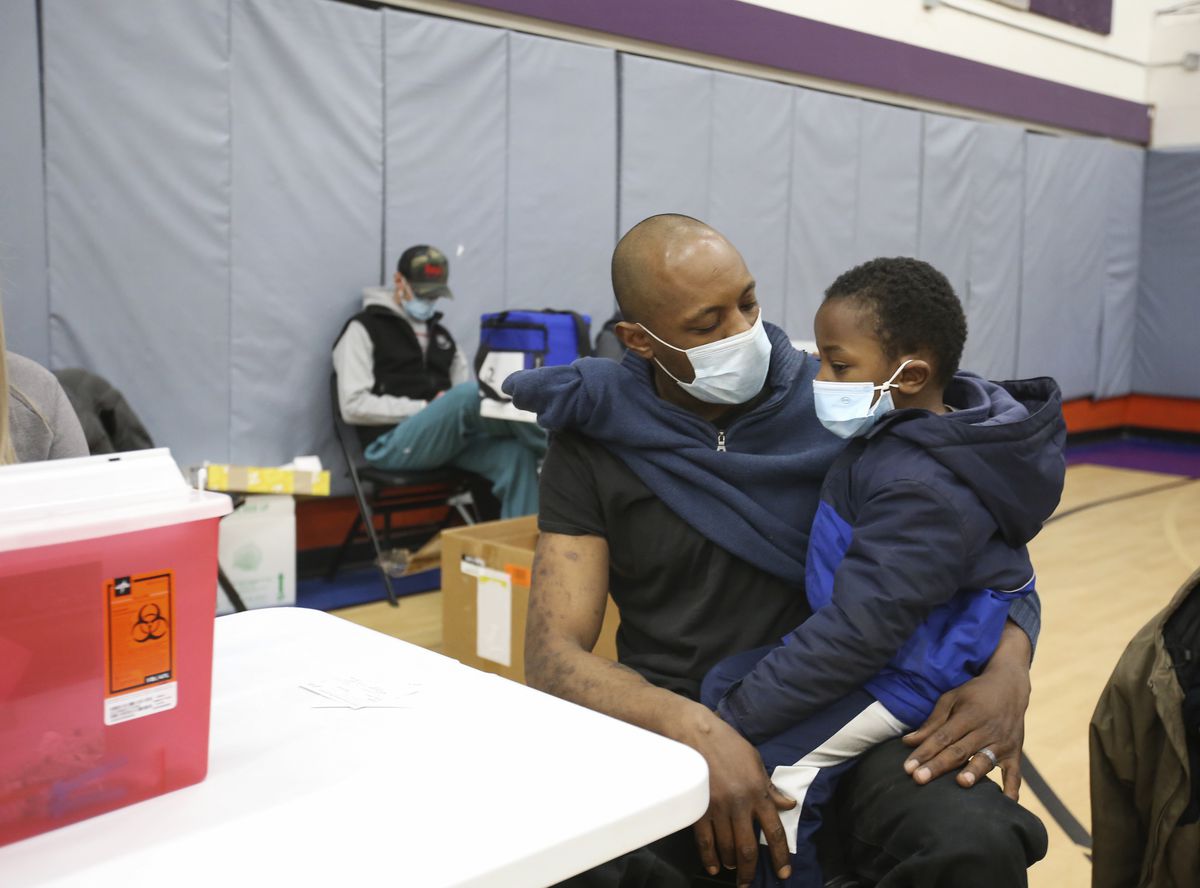 Anthony Green holds his son, Theo, 4, on his lap before receiving his first dose of the Pfizer-BioNTech COVID-19 vaccine at The Alaska Club West in Anchorage on Tuesday, April 6, 2021. "Are you gonna be my hero, my coach?" Green asked his son before sitting down to receive his shot. (Emily Mesner / ADN)

Anthony Green holds his son, Theo, 4, on his lap before receiving his first dose of the Pfizer-BioNTech COVID-19 vaccine at The Alaska Club West in Anchorage on Tuesday, April 6, 2021. "Are you gonna be my hero, my coach?" Green asked his son before sitting down to receive his shot. (Emily Mesner / ADN)

A highly contagious germ had existed since the beginning of recorded history. In mummified pharoahs’ bones, evidence of tuberculosis was found. It lived in droplets of breath. After a patient passed, the germ could live 24 hours in the corpse.

You didn’t need to do anything special to acquire it.

Then there came the Poliomyelitis virus. It existed somewhat passively until it spread widely in the first half of the 20th century and became a frightful, paralyzing killer in the 1950s, especially among children. Before knowing how it spread, people would even avoid filling their tires at a gas station in highly infected areas. They feared they would bring polio home with them in their tires. Swimming pools, ponds, movie theaters and schools were closed. Strict isolation became a way of life. It turned out it was in feces.

You didn’t need to do anything special to acquire it.

The COVID-19 virus now exists and is spread in droplets of our breath. You don’t have to do anything special to acquire it. Sound familiar?

Tuberculosis has been eradicated because of antibiotics and hygiene education.

Polio has been eradicated because of vaccines.

In these times of COVID-19, I’m hopeful history will repeat itself with eradication of the virus. COVID-19 now has multiple vaccines. Yours for the taking!

I grew up on the grounds of a tuberculosis sanatorium in Seward. Tuberculosis was an epidemic in the late 1940s and 1950s. The only cure then was surgically opening the chest and removing part or all of a diseased lung. That’s what my dad did. He was a chest surgeon. All staff at the sanatorium wore masks. As children of staff, we were not allowed to enter the wards of the hospital. The merchants discouraged sanatorium staff and their families from shopping in town. We could be carriers of TB. The Sears catalog became our best friend, and a general store was opened on the hospital grounds. My friends and schoolmates were mostly Alaska Native children from the Jesse Lee Home orphanage whose parents were in “The San” with TB, or had died from TB or influenza. We were all stigmatized and a little traumatized.

By 1952, 20% of Seward people were infected with polio. The sanatorium converted part of its facility into a rehabilitation center for polio victims. The day that the Salk vaccine came, all of us kids were supposed to line up for it. To a kid, the syringes were those gigantic stainless-steel pokers that they ran through a blow torch to sterilize after each vaccination. My dad had to find me cowering under my bed to get me to line up for that shot. There was no choice.

Did we do anything special? Looking back, I see that my parents and the rest of the medical people in Seward were pioneer warriors, making sacrifices to rid humanity of the scourge of germs and viruses. They didn’t think they were doing anything special. They just did it. All the while, hoping that maybe tomorrow, maybe tomorrow, a cure would be found.

Anyone hesitant to get vaccinated against COVID-19, take one for Team Alaska. In some cases, take two! It can’t hurt. It can only help. If we cry because it hurts, or wounds our pride, know that too many tears have fallen in lonely hospital beds at the loss of life. Too many grandchildren have been born and only seen on Zoom by grandparents. Too many businesses are failing. Too many schools closed.

Let life as we like it begin again. This would be especially kind of you.

Susan Phillips Cushing is a lifelong Alaskan, artist, poet/writer, social services advocate, wellness coordinator, behavioral health aide and Head Start child development coordinator who has served on many boards of directors. Three governors appointed and reappointed her to the State Council on Domestic Violence and Sexual Assault, where she served for seven years. She lives in Homer.