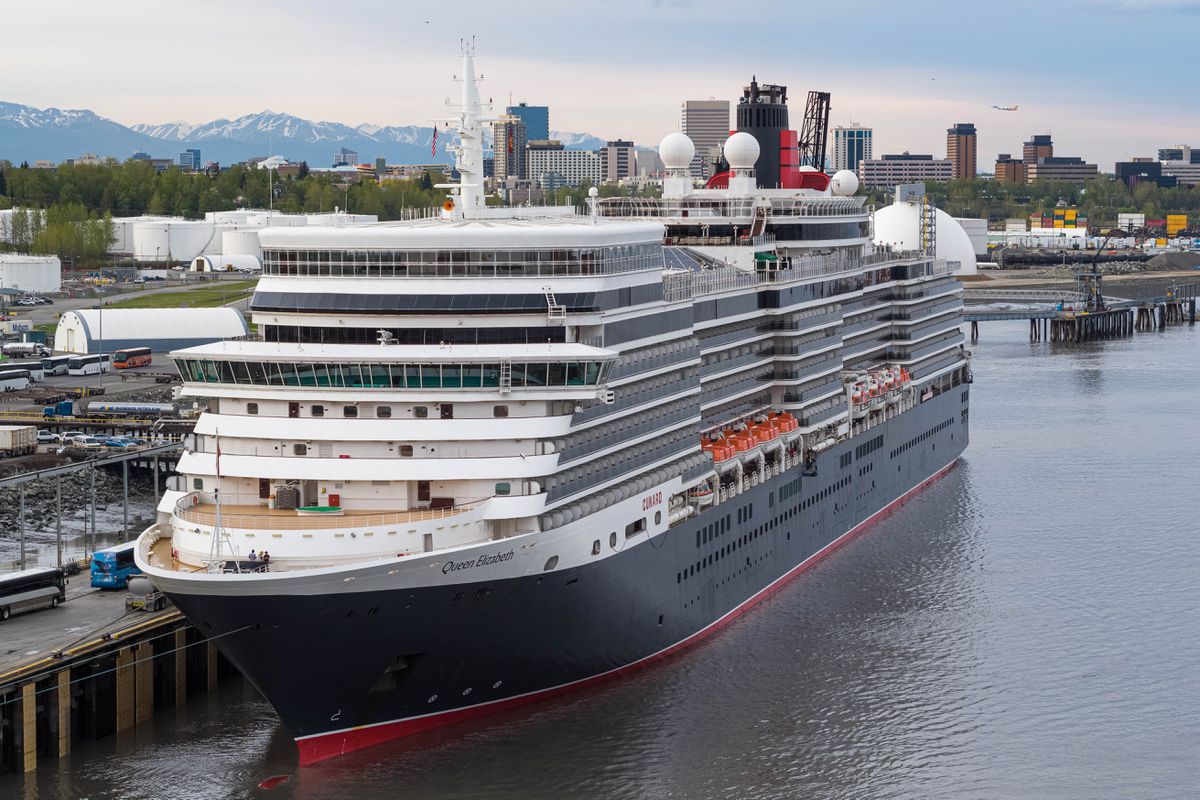 The MS Queen Elizabeth is docked at the Port of Alaska on Thursday, May 16, 2019. (Loren Holmes / ADN archive)

The MS Queen Elizabeth is docked at the Port of Alaska on Thursday, May 16, 2019. (Loren Holmes / ADN archive)

Persistence pays off for Alaska. Our entire congressional delegation and governor were persistent, insistent, tenacious and, at times, aggressive in their pursuit of saving even a portion of the Alaska tourism season. Their hard work paid off, and thousands of Alaska jobs and businesses will benefit as a result.

The Washington, D.C., delegation sponsored legislation, the Alaska Tourism Recovery Act, to mandate the Centers for Disease Control adopt more realistic rules for traveling via ship to Alaska. They also sponsored legislation making it legal to temporarily bypass the required (by U.S. law, not Canadian law) stop in Canada. Despite countless setbacks, dashed hopes and more than a few hard feelings, the goal of reopening Alaska to at least some cruise traffic in 2021 was achieved.

Sens. Lisa Murkowski and Dan Sullivan unanimously passed their bill solving the problem in the U.S. Senate. Philosophical opposition was found on both sides of the aisle, but our senators managed to persuade their colleagues to resolve what was rightfully described as a narrow fix to a specific, unique-to-Alaska problem. Rep. Don Young was able to do the same in the House. It is refreshing to see bipartisanship return to Congress on matters of such importance.

For now, the troublesome issue of a foreign government (Canada) preventing American visitors from visiting an American state is resolved. It may come to pass that a longer-term fix is appropriate, but that is a discussion for another day.

Gov. Mike Dunleavy, both senators and our lone congressman have been in constant contact with the CDC, bringing them up to speed on the devastating economic hardships created by the loss of cruise ship visits in Southeast Alaska, as well as the Denali Borough. Our legislature also made a strong statement with its resolution calling for the CDC to consider Alaska’s view. Gov. Dunleavy went so far as to sue the CDC, and Sen. Sullivan sponsored a bill (that was co-sponsored by Sen. Murkowski) that would have required the CDC to treat cruise ships the same as Las Vegas, amusement parks, hotels and other travel destinations. That legislation did not pass, but the dogged efforts to educate federal agencies about the very real, very painful ramifications of another canceled cruise season on Alaskans paid off in the end.

In addition to the cruise ship workaround, the governor also deserves credit for allocating additional marketing funds to lure more visitors to Alaska this summer. Sharing the story of how safe, convenient and unforgettable a trip to Alaska is will bring more tourists (and their wallets) to the state at a time when we need the economic boost in a big way.

We may experience a tourism season in Alaska, after all. Cruise companies are currently marketing land tour packages to replace some of the lost cruise passengers. This will provide some relief to the businesses and governments along the Railbelt, in particular the Denali Borough, which perhaps more than any other location underscores how much havoc COVID-19 wreaked on local communities: A full 80% of the revenues used to fund the Denali Borough School district comes from bed taxes, almost all of which are paid by cruise guests. Hopefully, the land packages will make up some of this financial loss.

With the Canada issue settled and the CDC finally listening to concerns voiced by Alaskans, a few ships may now arrive in late summer. If they do, and even if they don’t, we owe Sens. Murkowski and Sullivan, Congressman Young, Gov. Dunleavy and the Alaska Legislature a debt of gratitude; they left it all out on the field fighting for Alaska on this issue. Alaskans are often vocal critics of politicians of all stripes, and so in fairness, we must acknowledge when they pull off what appeared to be an impossible task.

Kati Capozzi serves as president and CEO of the Alaska Chamber.