A better future for Alaska starts with helping children 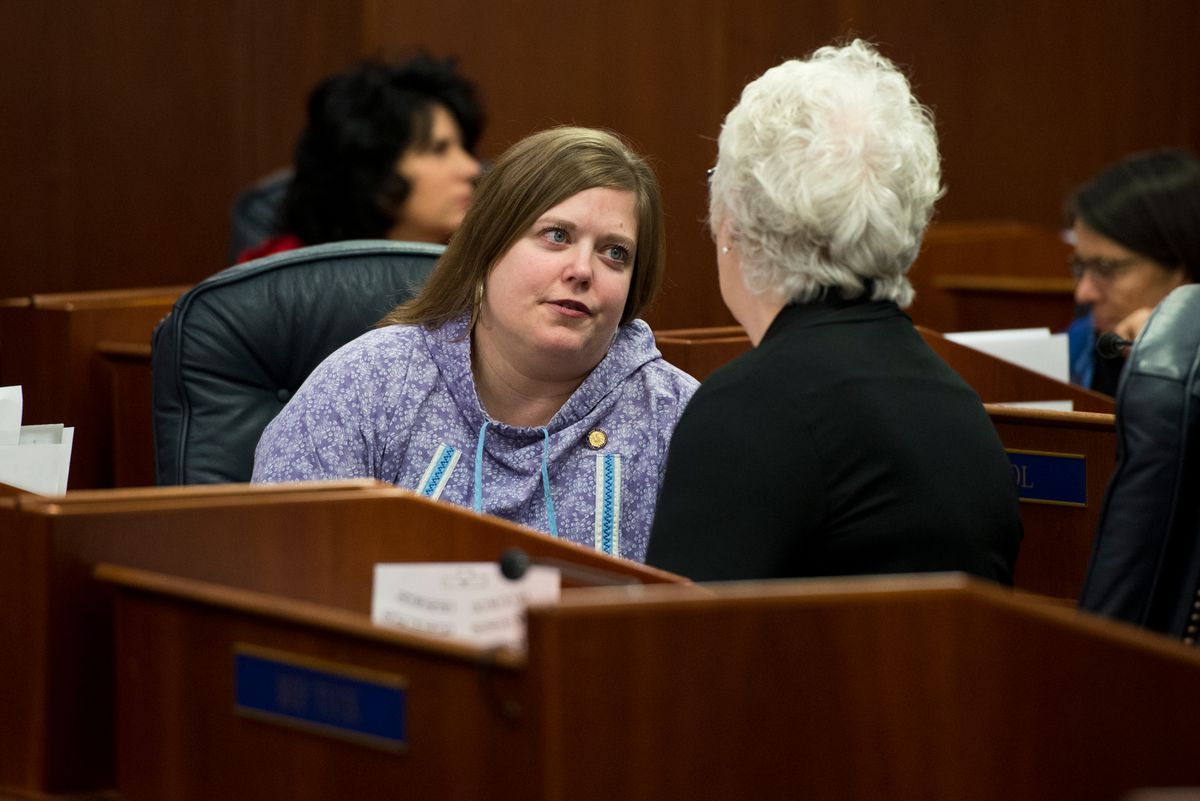 I have a near perfect score – only this is the last place anyone would want to have a high score. I’m talking about my Adverse Childhood Experiences (ACEs) score.

If you haven’t heard of ACEs before, ACEs are bad things, traumatic events that happen before age 18 and can have lifelong impacts. Groundbreaking research established a causal link between ACEs and multiple outcomes like suicide, addiction and health issues. Some ACEs are physical, sexual and emotional abuse, family violence in the home, a parent with substance abuse or a parent in prison. There is a 10-question quiz to establish your score — I encourage you to take it.

The things I know a lot about from my background are abuse, neglect, cops, courts, jails, divorce, family violence, substance abuse, mental illness, suicide and being poor.

Coming from a background like this makes me really different from most of my colleagues. I jokingly call the Legislature the “Privileged People’s Club.” I’ve never quite felt like a member, or even that I have a guest pass. Instead, I have to constantly try to carve out just the smallest place for people from disadvantaged backgrounds so our voices aren’t lost altogether.

I lived with physical abuse until the day I got hit for the last time. I was 13 years old. I didn’t have a plan. I ran out the front door with the clothes on my back. I ended up getting arrested, sent to juvenile detention, and later to court to defend myself. My friends were thinking about high school and I was taking police escorts to get my belongings. I left and never went back. Things changed a lot for me then, and I’m only here today because of it.

I’ve learned from asking colleagues to take the ACEs test and the scores they’ve shared that my background is different. Learning I’m different is why I call many of my colleagues unicorns, because I joke that if I didn’t know them I might not believe they are real. They are from stable, loving homes (in my opinion, the greatest privilege of all), from families that are also well off financially, and well connected politically. They are the most privileged people I have ever known.

They tend to be the people in charge, so I’ve tried hard to understand them and what they expect. After all, they’re the ones making all the rules, and unfortunately, they tend to make them to fit their lives, not everyone else’s. There are so many times I’m sitting in a caucus, committee, or on the floor listening to a colleague and I’m thinking how much they are getting it wrong. They just think life is so much easier than it is for so many people.

Now that I’ve learned what their lives were like and compare it to mine, I understand why we’ve been getting it so wrong in understanding ACEs and the connection to our toughest social issues. I bet the average ACEs score for the entire Legislature is a 1 or maybe a 2. Guess where people have scores like mine? Prison. Having lived it, I’ll just say everything you need to know about why certain people are working with me and those other people are in prison is reflected in ACEs scores.

I have been a broken record about ACEs and the costly impacts to our state, because for me, it seems so obvious — painfully obvious — how they are connected. I don’t need a statistic. It’s my life story. I’m sharing now because while my background is unusual for someone in the Legislature, it’s not that different from many Alaskans, especially those accessing a range of public services. Remember our high rates of family violence, sexual assault, substance abuse and child sexual abuse? Our ACEs scores in Alaska are also higher than the national average.

I am also writing this now because we have a huge opportunity. ACES are costing us millions and millions of dollars every year, and we can avoid these costs by preventing them. For example, 40% of Medicaid spending is attributable to ACEs. Half of adult smoking and substance abuse, too. The cost to state government is consuming our budget at a time when we are trying to find ways to save. Addressing ACEs will do this.

By now I hope readers are asking why, if their elected officials know how to save millions and millions of dollars by addressing ACES, why they aren’t doing something about it?

I have a vision of an entirely different Alaska; one where we don’t lead the nation in rates of family violence, sexual assault, suicide or child abuse. It’s critical that we use a public health response, not an ideological one. The public health response tells us to look to ACEs, the ideological one says to punish them. Only one will get to the root cause and not just a symptom, and that’s addressing ACEs.

Earlier this year, the Centers for Disease Control released a report about the tremendous cost of ACEs, while another recent article discusses Dr. Sumrok, addiction expert, who says that “addiction” should be called “ritualized compulsive comfort-seeking” and that comfort-seeking is a normal response to ACEs, much like “bleeding is a normal response to being stabbed.”

If you’re still not convinced, perhaps knowing that in 2019, there were 23,603 reports of child abuse in Alaska, with 11,127 investigations, will prove the magnitude of the problem. For perspective, 11,127 youths is all of the students at East, West, South, Bartlett, Dimond, Wasilla, Palmer, Seward and Homer high schools. Every student, and that’s just in one year. In addition, 25% of our children enter school already having had a report of child abuse, and by age 9, almost 40% of Alaska youths have had a report to OCS. We have a big problem with child abuse in Alaska, and not addressing this is leading to much costlier and harder-to-address problems later.

Coming from a background like mine, I never imagined I’d have the opportunity to be an elected official. I’ve spent so much of my life just focused on surviving through one bad thing after another. I try to make every minute count, and I continue to feel a sense of urgency to do more. I know what thousands of children are going through, and it is immoral we aren’t doing more. Our children are innocent and they are our most important resource. Right now, Alaska ranks 47th for child well-being. I know we can do better than that, and I want 2021 to be the year.

As social reformer Frederick Douglass famously said, “It is easier to build strong children than to repair broken men.”