The PFD should be paid first, not last 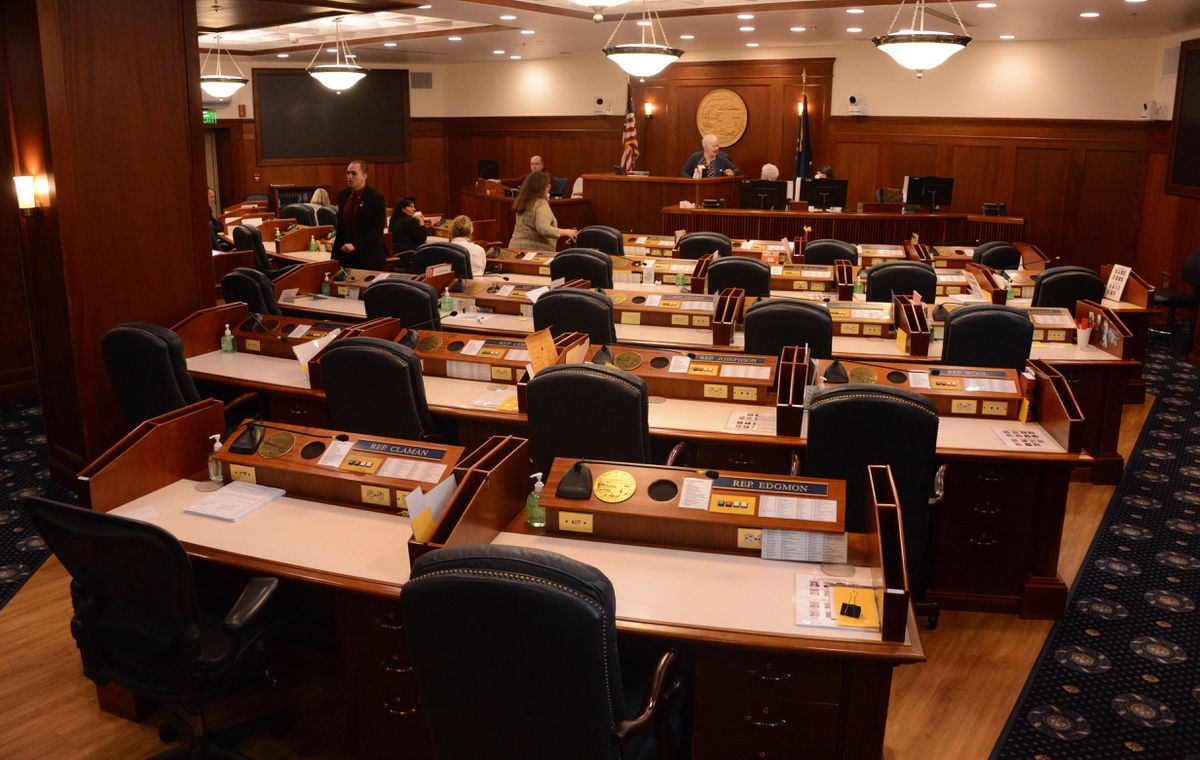 It’s time Alaska’s government was honest with its people. It’s time we started following our laws.

Symbolic of our problem is the “do as I say, not as I do” mentality ingrained in Juneau and found in the recent essay from an Anchorage senator from the one of Alaska’s wealthiest districts.

The operating budget, which keeps Alaska’s government open for business, failed to pass the Legislature with enough support to make it effective in time for the new fiscal year. It is, in fact, a defective budget. The state constitution (Article 2, sec. 18) is very clear on this point: Unless a supermajority in both the House and Senate agree on a different date, all bills go into effect 90 days after enactment.

This operating budget failed to garner the two-thirds votes necessary to shorten that effective date. There is no legal or constitutional workaround, as has been done with prorated per diem, lowering the annual Permanent Fund dividend amount, or blowing through a 90-day voter-imposed session time limit. The Constitution has these rules for a reason. The government will not have funds on July 1 unless legislators negotiate in good faith to reach a real compromise.

A beginning of the solution would be asking critics like the good senator, and others who share her perspective, to spend a little less time accusing Alaskans of “greed and entitlement,” and asking those of us who voted “nay” what our motivations were.

I’m willing to sit down and talk to any one of my colleagues, despite what our critics are attempting to portray. My vote belongs to the constituents of my district.

I represent one of the most conservative House districts in the state. My neighbors overwhelmingly support following the PFD law. In fact, they strongly believe they are rightfully owed the PFD money first taken during Gov. Bill Walker’s tenure and then by the Legislature during ensuring years. Further, they believe the PFD should be paid first, not last. This budget did not reflect any of my district’s values.

In fact, this bully budget was fundamentally coercive and directly used Mat-Su Borough children and elderly as political pawns. Members of the respective majorities employed budgetary parlor games such as pitting the amount of the PFD against capital projects such as the Houston Middle School (condemned from the 2018 earthquake), the Palmer Veteran’s Home, highways, infrastructure, and resource development against the fastest growing and second most populous area of the state. These tactics are non-starters and embarrassingly transparent.

Not held hostage in the budget were a swimming pool and a road to nowhere in Sitka benefitting the co-chair of Senate Finance (who is a member of the budget Conference Committee), and road construction in Fairbanks. These and other items were not used to leverage votes of other legislators; yet those legislators have no problem lecturing the House Minority members about the need to vote for this budget and “do the right thing.” Real compromise is a two-way street.

Worse yet, making these changes to the budget, in the 11th hour, behind closed doors, and with no consideration to me or my House Republican colleagues, fails to build the trust we need in order to work for every Alaskan. Our hand was forced. We were obligated to demand a budget that more accurately reflects the values and needs of all Alaskans.

I have never minced words. I would not support this budget, including the effective date, without compromises that reflect the needs and priorities of all regions.

To suggest anything else is an attempt to gaslight the public; to keep them from recognizing the fundamental failure of House and Senate leadership to pass a legal and timely budget.

The effective date clause, the CBR vote and reverse sweep are the only levers available to the minority caucus members of the House to use that ensure the voices of the nearly 325,000 Alaskans they represent are heard. Last Tuesday’s vote in the State House is a glaring failure to recognize that necessity.

There is still time to come together for and fix this, but the minority must have the concerns of its constituents heard. Less vitriol, fewer accusations of citizens being greedy by asking that existing statute be followed, and less budgetary skullduggery, will solve this impasse before July 1. The House Republican Caucus is still at the table, and we are ready to work. The question is, are those in critical positions ready to come to the table and find real compromises instead of expecting capitulation?