Why did Murkowski advance the nomination of the Department of Interior’s top lawyer? 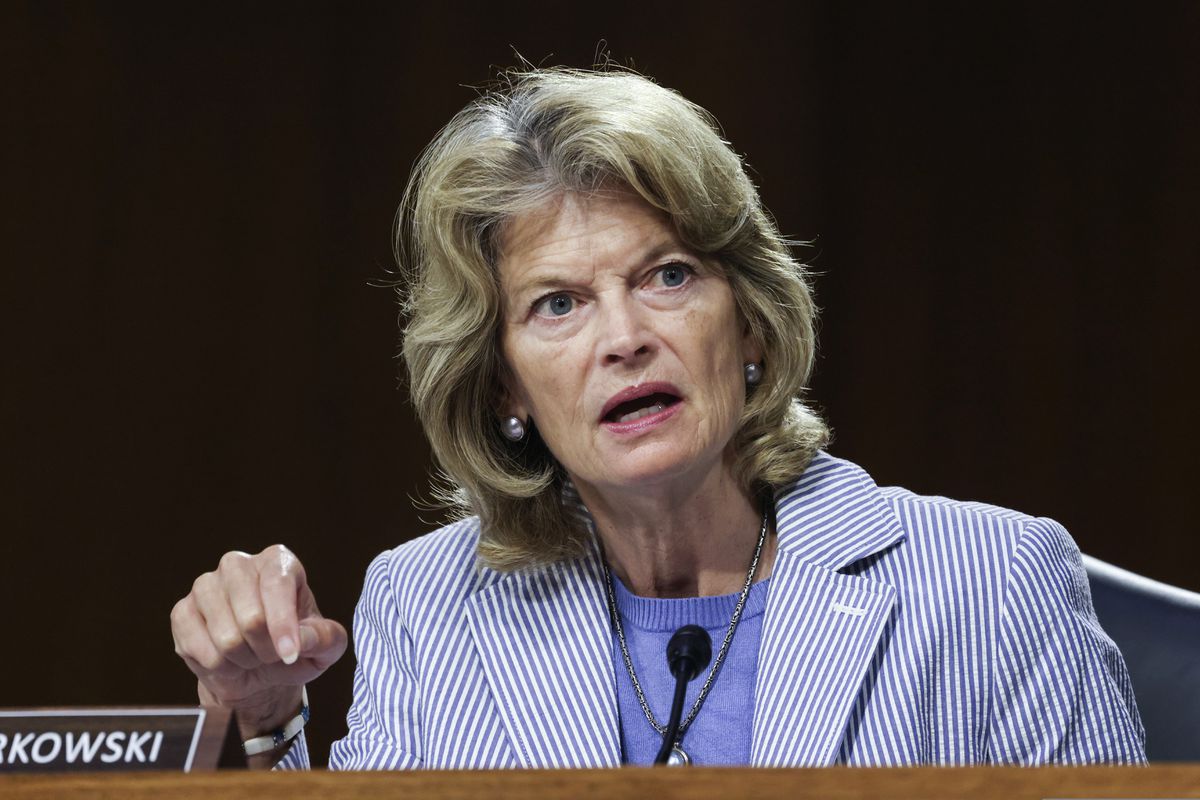 On June 1, Secretary of the Interior Deb Haaland signed a secretarial order in which she suspended the processing of leases the Bureau of Land Management has issued for oil and gas exploration on the coastal plain of the Arctic National Wildlife Refuge. In the order, Secretary Haaland said she did so because, prior to issuing the leases, the Bureau did not fully comply with the legal requirements in the National Environmental Policy Act and in the law Congress passed in 2017 that directed the Department of the Interior to hold two oil and gas lease sales for land on the coastal plain.

Sen. Lisa Murkowski said she was “incredibly disappointed” because Secretary Haaland “doesn’t get to pick and choose which laws to follow.” Sen. Murkowski then urged the state of Alaska and the leaseholders “to sue the Biden administration to implement the (2017) law.”

But Sen. Murkowski’s disappointment is largely of her own making.

During her brief tenure as a member of the House Natural Resources Committee, former Representative Haaland was a woke ideologue who regularly lectured her colleagues that the committee’s hearing room was located on “stolen” Indian land and, not infrequently, burst into tears when she did so. And during the hearing the Senate Energy Committee held on her nomination to be secretary, in response to almost every question she was asked, Haaland said she appreciated the question but did not know the answer.

Nevertheless, on March 4, by an almost party-line vote of 11 to 9, the Energy Committee favorably reported her nomination. And who was the lone Republican member of the committee who broke what would otherwise have been a tie vote?

Then, on April 12, President Joe Biden nominated Robert Anderson to be the solicitor — head attorney — of the Department of the Interior.

Who is Robert Anderson?

In 1984, the Native American Rights Fund, or NARF, sent Anderson to Anchorage to “tribalize” federal Indian policy in Alaska, in contravention of the policy choices that Congress had codified in the Alaska Native Claims Settlement Act. In 1993, Anderson accomplished that objective by arranging for then Assistant Secretary of the Interior for Indian Affairs Ada Deer, the former chair of the NARF board of directors, to create more than 200 “federally recognized tribes” in Alaska simply by publishing a list of “Native entities” in the Federal Register. Assistant Secretary Deer did so even though Congress had not delegated her the legal authority to do so. But for Anderson, the fact that no law authorized Assistant Secretary Deer to take the administrative action he had arranged for her to take was of no professional concern.

Last January, when he assumed office, President Biden appointed Robert Anderson to serve as the acting solicitor of the Department of the Interior while his nomination to be solicitor was being processed. In that capacity, on April 16, Anderson issued a legal opinion in which he suspended the Department of the Interior’s implementation of the oil and gas leasing program that Congress — expressing its intent in the text of the Outer Continental Shelf Lands Act — mandated the Department to implement.

On May 27, the Senate Energy Committee considered Anderson’s nomination. At that meeting, after observing that the Senate’s confirmation of the nomination would “give Mr. Anderson enormous power to shape how the Department of the Interior fulfills its mission,” Sen. John Barrasso, the ranking Republican member of the Committee, announced that he opposed the nomination because by ignoring the unambiguous intent of Congress embodied in the text of the Outer Continental Shelf Lands Act Anderson had demonstrated “that he may not be fully constrained by the laws as Congress has written them.”

Nevertheless, by another almost party-line vote of 11 to 9, the Energy Committee favorably reported the nomination. And who was the lone Republican member of the Committee who again broke what otherwise would have been a tie vote?

But Sen. Murkowski now professes disappointment that a week after she cast that vote, Secretary Haaland signed the secretarial order, which Acting Solicitor Anderson would have had to approve and probably wrote, in which she suspended the processing of the ANWR oil and gas leases because the leasing process purportedly had been legally deficient?

The 2020 presidential election was a contest, not only between two very different candidates, but also between two very different political ideologies. Having won the election it not only is appropriate, but should be expected, that President Biden would appoint individuals like Deb Haaland to serve in his administration because they share his political ideology and are committed to assisting him achieve his objectives.

But at the Department of the Interior the single exception to that rule is the individual President Biden nominated to serve as solicitor. Because if the solicitor does not have the professional integrity to tell Secretary Haaland what she (and President Biden) may not want to hear regarding what Congress — expressing its intent in the texts of its enactments — has instructed the Department of the Interior to do in a particular instance, who will?

Sen. Murkowski voted to favorably report Deb Haaland’s nomination presumably because she had been lobbied to do so by leaders of the Alaska Native community whose support she will need in 2022 and who supported the Haaland nomination because as her principal qualification for service in the president’s cabinet the nominee touted the fact that one of her grandmothers was a Pueblo Indian.

Sen. Murkowski has not explained why she voted to favorably report Robert Anderson’s nomination. But she will vote on the nomination again when Senate Majority Leader Chuck Schumer brings the nomination to the Senate floor. When he does, having been educated by Anderson’s involvement in advising Secretary Haaland that she had the legal authority to suspend the processing of the ANWR oil and gas leases, it will be interesting to see how Sen. Murkowski casts that vote and to hear what she has to say regarding why she voted as she did.

Donald Craig Mitchell is an Anchorage attorney, author of two books on the Alaska Native Claims Settlement Act and “Wampum: How Indian Tribes, the Mafia, and an Inattentive Congress Invented Indian Gaming and Created a $28 Billion Gambling Empire.” He was also a former vice president and general counsel for the Alaska Federation of Natives.