The rewards, risks and dangers of living on the edge of the wilderness 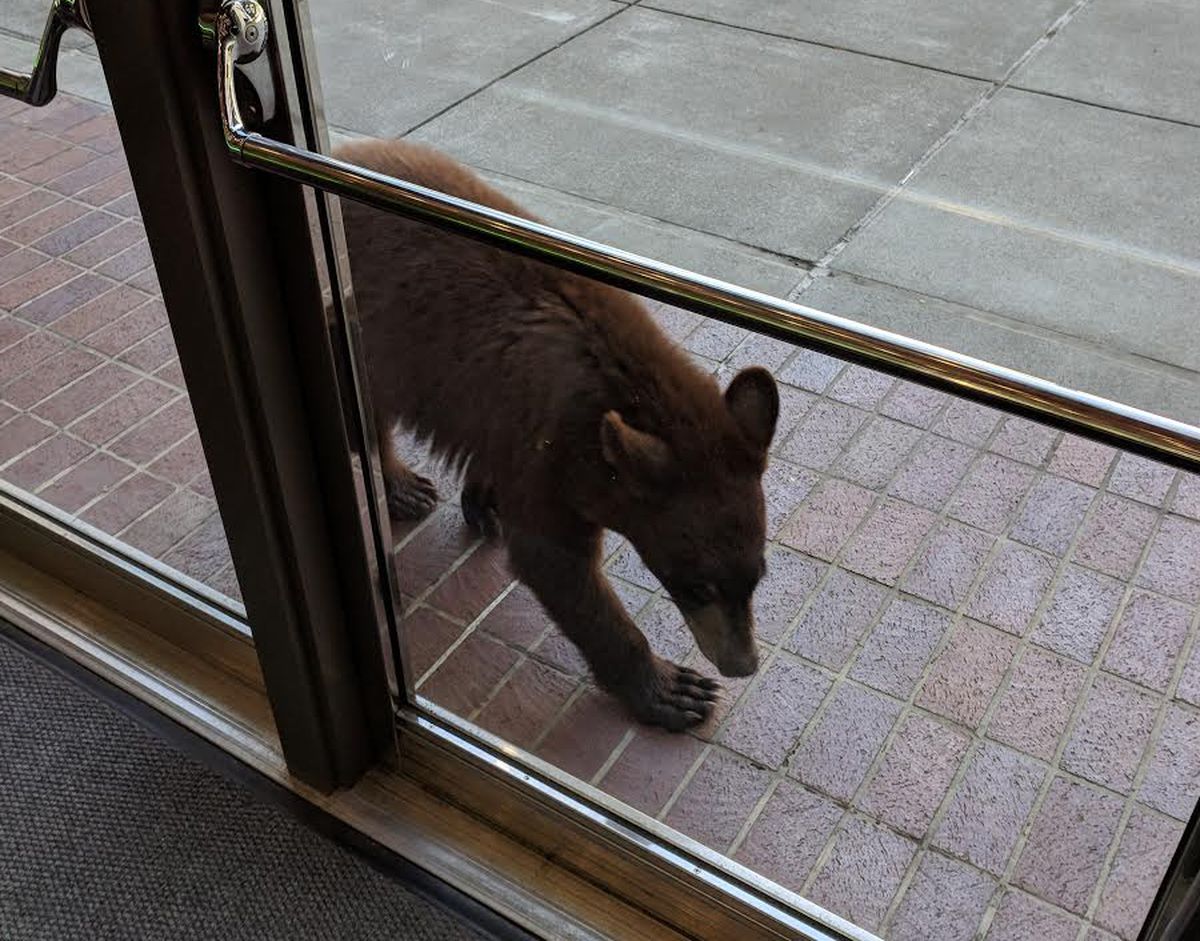 A cinnamon-colored black bear showed up at the James M. Fitzgerald U.S. Courthouse and Federal Building, near the corner of Seventh Avenue and C Street, in early June 2018. (Photo courtesy Nate Eckstein)

A cinnamon-colored black bear showed up at the James M. Fitzgerald U.S. Courthouse and Federal Building, near the corner of Seventh Avenue and C Street, in early June 2018. (Photo courtesy Nate Eckstein)

Even with the mountains visible from our front doorsteps, it's all too easy to forget we live in some of the wildest country in North America.

There's plenty of insulation that helps us forget how close it is: Ubiquitous fast food. Six-lane highways. On-demand television and high-speed internet. In almost all the ways people can think of (and sometimes to the derision of Alaskans elsewhere in the state), Anchorage is like any other big city in the United States.

But in one big, important way, it isn't. This is still Alaska. And when it comes to matters of life and death, we often don't make the rules.

We get periodic reminders of that hard truth, the most recent of which was the death of Eagle River resident Mike Soltis, killed by a bear on a hike within minutes of well-traveled roads. A searcher trying to find him was seriously injured by a bear — possibly the same one, possibly another — near the site where his body was found.

Whenever a bear attack happens, reminders of how best to avoid or fend off a bear tend to circulate, and they're worth remembering: For a black bear, make yourself large and try to scare it away. For a brown bear, get on the ground and cover your head and neck as best you can. Never run away, or the bear may give chase. Use bear spray or a gun if you have that option. Travel in groups of more than two whenever possible — attacks on groups of more than two are almost unheard of.

There's also good advice for keeping your home from being an attractive nuisance for bears — as we build our homes deeper into the wilderness, we're encroaching on the land that has previously been bear territory, so we have a responsibility to respect that. Don't leave trash or food outside. If you keep farm animals like chickens or goats, make sure they're in a place that's well protected, preferably with strong deterrents that discourage bears from viewing them as an easy meal.

Even using best practices, however, the fact is that there's little we can do to prevent every attack. Fish and Game tracking data suggests that stepping up culls of bears in or near residential neighborhoods isn't likely to be a workable solution: Bears wander for miles in irregular patterns, and they move to fill in places where there's less competition for food, so eliminating them near homes would only create an incentive for new bears to take over that territory.

And even when we're as prepared as we can be, disaster can visit without warning. A year to the day before the search for Mr. Soltis began, Anchorage resident Erin Johnson was killed by a predatory bear while in the field taking soil samples for Pogo Mine in Interior Alaska. Ms. Johnson was experienced in the backcountry — she and her co-worker Ellen Trainor had undergone bear training and were carrying bear spray, which biologists say may well have saved Ms. Trainor's life during the attack.

But bear attacks happen fast. A charging bear can cover 13 yards in one second, faster than Usain Bolt on a track. If you turn a corner on a wooded trail and come face-to-face with one, the question of whether you survive the encounter is often entirely up to the bear. That's a truth we don't often acknowledge, but it's one we need to remember.

We should do what we can to protect ourselves from from bears, and to be wise in our ventures into the backcountry and the way we maintain our property. These are the factors we can control. But it's also worth noting that no amount of preparation can forestall every piece of bad luck. We live in a wilderness, and every step outside carries with it an inherent risk. That's part of what makes this place beautiful, but for an unlucky few, it can be a terrible price to pay.