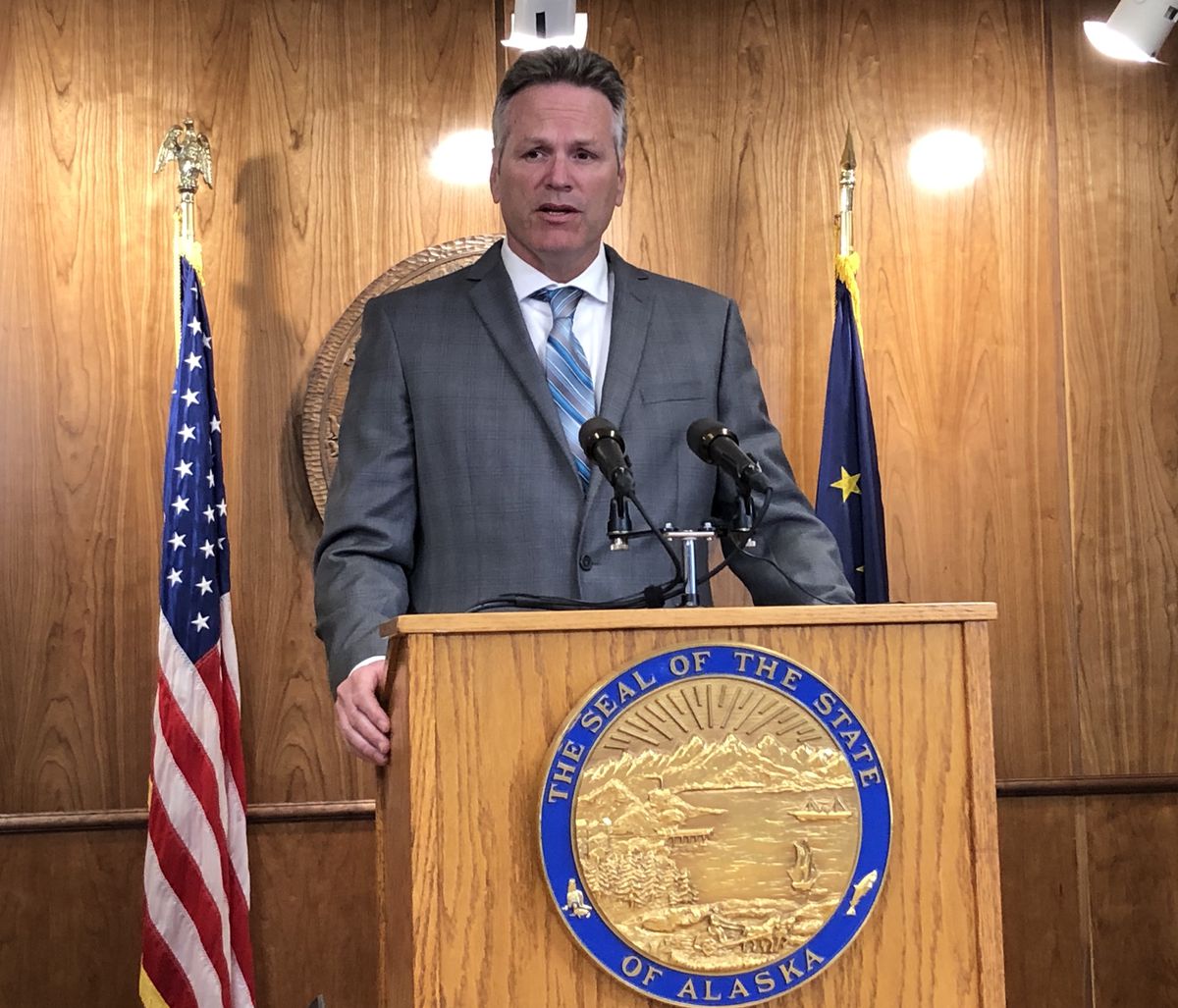 Gov. Mike Dunleavy’s 182 line-item vetoes from this year’s state operating budget were unprecedented in their scope and depth. They represent $444 million in cuts from the Legislature’s allocations, and they will affect services used by nearly all Alaskans — $130 million cut from the University of Alaska, $50 million from Medicaid, $30 million from K-12 education, $20.8 million from senior benefits. It is no exaggeration to say that if the vetoes stand, they will affect government services at a fundamental level. But the veto that might be the most dangerous to Alaska is one of the smallest: A $334,700 cut to the Alaska court system.

As explained in a note accompanying the veto, the sum is the estimated cost of abortions paid for with state funds. In bills and court cases, the Legislature and multiple governors have attempted to block state funds from being used for abortions. Consistently, the Alaska Supreme Court has ruled that such bills violate the rights guaranteed by the Alaska Constitution. The cut is punishment for those rulings, as Gov. Dunleavy explained, “The Legislative and Executive Branch are opposed to State funded elective abortions; the only branch of government that insists on State funded elective abortions is the Supreme Court. The annual cost of elective abortions is reflected by this veto.”

In other words, the court budget cut was retribution for making a ruling the governor didn’t like. Regardless of one’s opinions about abortion, this is a direct assault on the separation of powers that forms the basis of government in the U.S. and Alaska. Our system of democracy is built on three co-equal branches of government, who distribute the authority to govern, so that no single person or body can wield an inappropriate amount of power. It may not be much money, but this veto is one of the most dangerous attempts to upset that balance — in favor of the governor — that our young state has ever faced.

It isn’t yet certain whether legislators will muster the votes to overturn any or all of the vetoes, and Gov. Dunleavy is likely right that plenty of lawmakers are opposed to spending state money on abortions. But if legislators are in favor of the system of checks and balances that has served our country and our state well since their inception, they should be outraged.

If Gov. Dunleavy’s punitive court veto isn’t overturned, where will it end? The door will be open for all manner of vindictive vetoes. If the Supreme Court rules that former Assistant Attorney General Libby Bakalar was wrongfully terminated by the governor and is owed back pay, will he take those wages out of the court’s budget, too, in retribution for the decision? As the court has held that reductions of the Permanent Fund dividend are constitutionally legal even though they don’t abide by the statute that the governor holds is inviolable, would he zero out funding for the court system in an effort to recoup the difference?

Even conservative lawmakers who agree with the governor’s abortion stance should be concerned, because once this precedent is set, it will apply equally to future governors who they may oppose.

Alaska’s judicial branch has historically been steadfast against efforts to exert political or financial leverage over their decisions. “I can say with confidence that there is no possibility that any judge on any court in Alaska would place financial or political favor over their sworn duty to uphold the Constitution of the United States and the Constitution of Alaska,” former District and Superior Court Judge Elaine Andrews said when asked about the veto last week.

But once the precedent has been set, as it will be if Gov. Dunleavy’s veto isn’t overturned, that consideration will always exist. Like a piece of improper evidence introduced at trial, orders can be given to ignore it, but you can’t un-ring a bell. And even small punitive vetoes harm the court system’s ability to do its job, as its resources are diminished.

Legislators contemplating whether to override Gov. Dunleavy’s vetoes are balancing an array of concerns, such as the needs of their constituents and what levels of state services and spending they feel are appropriate. For one veto, however, they should be unanimous in their decision to strike down a dangerous action.

In Alaska, the governor wields tremendous power — maybe more than any other in the country. But he should not be allowed to become an autocrat.

As a foundational principle, our system of governing depends on the separation of powers with an independent judicial branch, and legislators must resist this executive overreach by overturning the governor’s vindictive and dangerous veto.