Gov. Dunleavy’s controversial actions have one thing in common 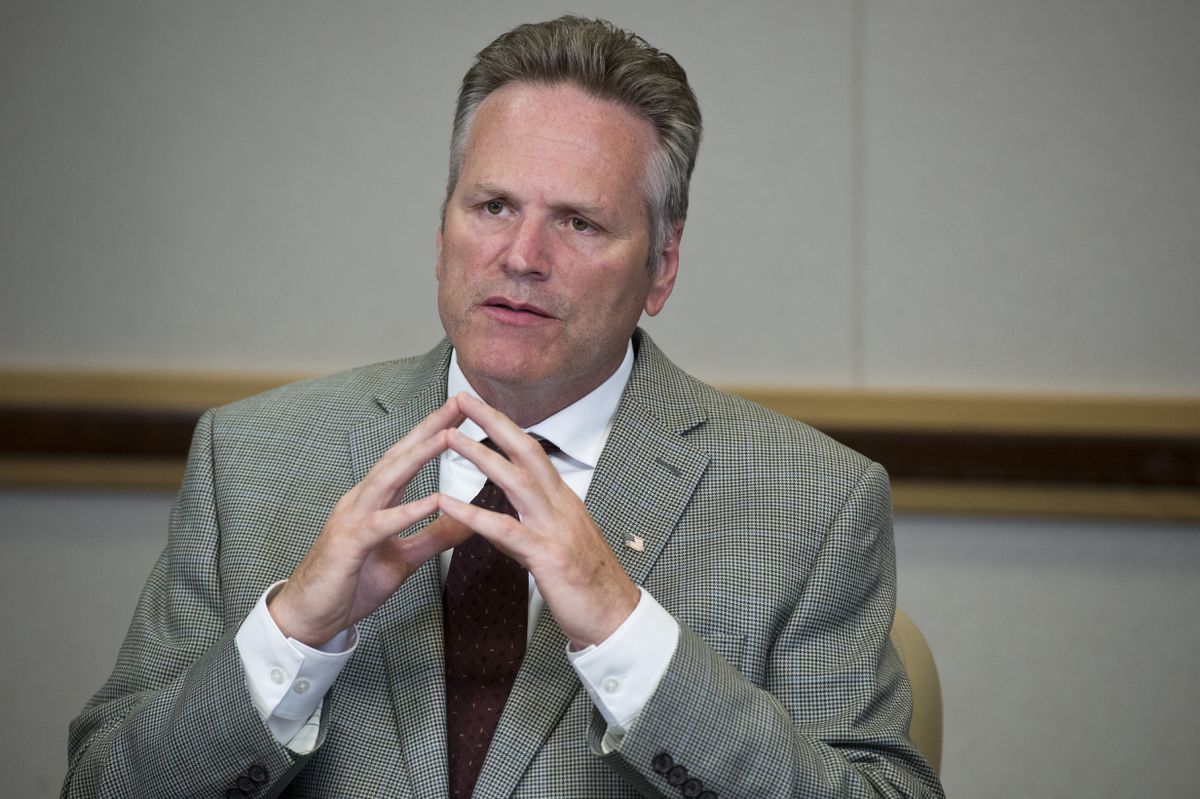 "There is a degree of watchfulness over all men possessed of power or influence upon which the liberties of mankind much depend. It is necessary to guard against the infirmities of the best as well as the wickedness of the worst of men. Jealousy is the best security of public Liberty.” — Samuel Adams, 1784

The first eight months of Gov. Mike Dunleavy’s time in our state’s top office have been marked by sharp division, philosophical battles and some of the most damaging stalemates with the Legislature that Alaska has yet seen. His administration is the subject of multiple major lawsuits, and he has shaken up the fundamentals of executive agency structure and the services the state provides. To his supporters, these are the hallmarks of a courageous leader doing battle with a broken system; to his opponents, they are dangerous and ill-considered blows that undermine the state’s character and institutions that took decades to build.

Whatever your perspective, there is a common thread uniting Gov. Dunleavy’s most divisive acts thus far: They are the hallmarks of an executive who is testing the limits of his power, seeking to consolidate and expand that power where possible.

It started before the governor had officially been installed in office, when his transition team, headed up by then-Chief of Staff Tuckerman Babcock, ordered hundreds of state employees to submit letters of resignation. To retain their jobs, Babcock instructed that their application be coupled with a statement that would “affirmatively say, ‘Yes, I want to work for the Dunleavy administration,” going on to say a failure to submit a letter of resignation and re-application would be viewed as expressing a desire to be terminated. As the administration characterized it, the resignation demand was simply meant to make sure employees were actively interested in pursuing the new agenda. But it was also the planting of a flag, communicating to state workers an our-way-or-the-highway attitude. For the first time, rank-and-file state employees, many of whom had worked for multiple administrations, were forced to adopt a political agenda if they wanted to keep their jobs. And it led to the first lawsuit against the administration, when a handful of terminated employees claimed they were fired because of their political views or for speaking out against the loyalty pledge.

The next step down the path of power consolidation came soon after Gov. Dunleavy was sworn in. By administrative order, he moved the budget directors from each state agency into the Office of Management and Budget, making them more directly under his control and that of incoming OMB Director Donna Arduin. Billed as a maneuver to deal with a serious budget situation more efficiently, one practical effect of the change was to make the budget directors answerable to the governor’s office, not the departments whose budgets they crafted. It also meant that all budget inquiries, whether from legislators, the press or the public, had to be routed through OMB — and answers were not always forthcoming.

Clashes with other branches of government came next. The governor announced he would not release funds budgeted under a forward-funding plan for K-12 education last year. He said it negated his ability to exercise veto power over expenditures, as it had been passed when then-Gov. Bill Walker was still in office. The Legislature, for its part, held that the governor had no right to refuse to disburse funds that had already been passed into law. The Legislature sued.

When the Legislature finally managed to pass a budget, Gov. Dunleavy again asserted his authority to unwind their actions. With an unprecedented $444 million in vetoes from the operating budget, he rolled the state’s spending plan back to a level that tracked closely with his original proposal that sent shock waves through the state in February. He then called the Legislature into a second special session in Wasilla, at the geographic center of his base of support.

And nested within that $444 million in vetoes was an attempt to weaken the third branch of government — the judiciary — and its independence. A $334,700 cut to the Alaska Court System was accompanied by a note explaining that funds had been vetoed in an amount equal to state funds spent on abortions, and that because the Supreme Court was responsible for finding the practice legal, it should bear the financial burden of paying for it. It doesn’t take a genius to recognize the danger in one branch of government starving another of funds in an obvious effort to influence its decisions.

Gov. Dunleavy has also made plays to expand his authority over institutions over which he doesn’t have direct control. He vetoed $130 million in funding from the University of Alaska, then dangled a plan under which the cuts would be spread over two years instead of one — with the express proviso that the Board of Regents make the cuts according to his dictates. Although the offer doesn’t run afoul of the separation of powers in the same manner as the governor’s court vetoes,it’s unprecedented and certainly coercive, undermining the Regents’ constitutional role as the governors of Alaska’s university.

By the governor’s logic and that of his administration, his actions have been undertaken with the goal of helping right Alaska’s financial ship as quickly and effectively as possible — to execute his vision to move the state forward, not to gather power for his own sake. But from a standpoint outside the political machine, they show a willingness to challenge the authority of other branches of government and make end-runs around any impediment to his control. That’s a tendency our founders warned against, and one that the Legislature and Alaskans should observe with a watchful eye.

The Alaska Constitution imbued the governor with authority that far outstrips almost any other state. But it did not mean for the state’s chief executive to have the powers of a king.