The city will do more on homelessness next year. It should do more than that. 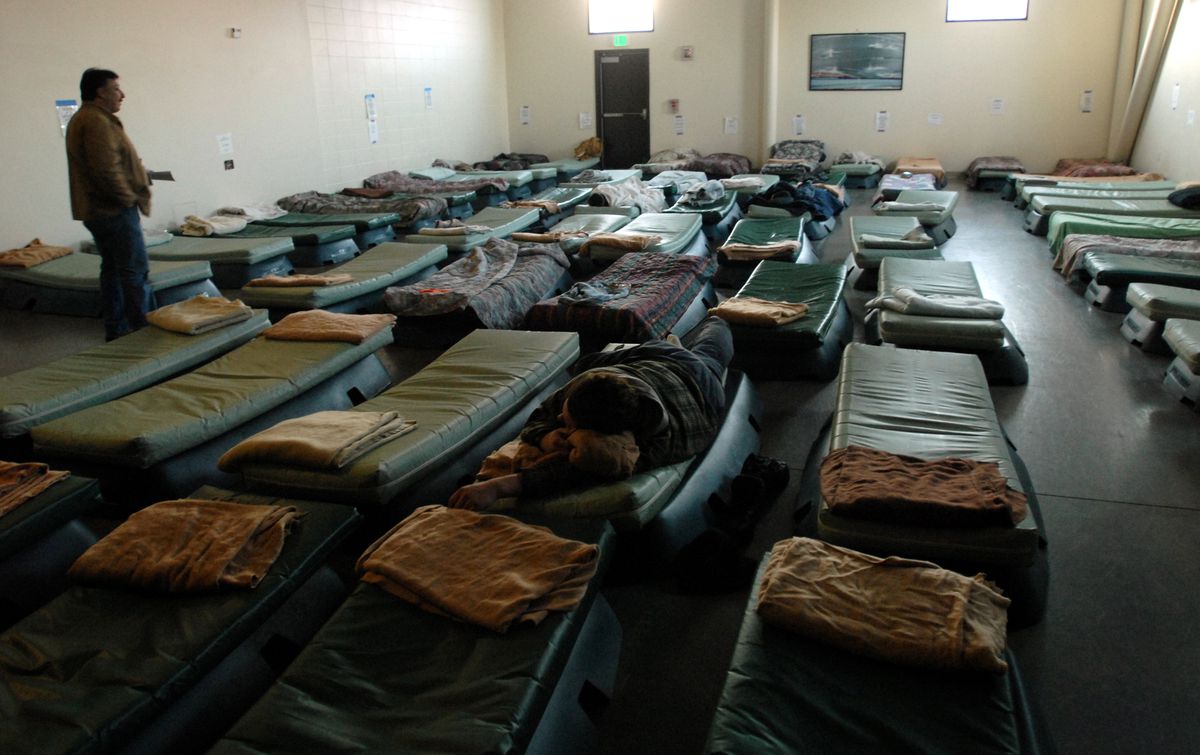 Next year, Anchorage will add $735,000 to its efforts to combat homelessness and provide shelter for some of the city’s most vulnerable residents.

That’s a good start. It could have, and should have, done more.

The Assembly almost did. A budget amendment by Midtown Assemblymember Meg Zaletel would have added $2.36 million to extend homeless services, add daytime shelter and develop new shelter options in Midtown. That funding would have deepened the municipality’s direct investment in combating homelessness directly, and would have brought new resources and new ideas to bear on one of Anchorage’s most visible and stubborn problems. Despite increased focus on the issue from Mayor Ethan Berkowitz’s administration and buy-in from private partners, there has not yet been substantial movement toward the goal of “functional zero” homeless population.

In fact, numbers went in the wrong direction this year. A summer homeless count found 1,272 people experiencing homelessness across the city, up more than 200 from the summer 2018 count of 1,064. Municipal officials have blamed that increase on insecurity from ripple effects of Gov. Mike Dunleavy’s budget cuts, some of which fell on services related to homelessness. The municipality stepped up to replace the cut funding, with the net result that services were set to stay flat through the winter.

But whatever the blend of culpability for the lack of progress on reducing homelessness, the lack of net progress during the past year indicated a need for new approaches, new resources or both. And the municipality is in a unique position to deliver both. It should take advantage of that status. The state has a role, too, and municipal officials and state legislators alike should keep that in mind when the Legislature returns to session in January 2020. But none of that should preclude action by the municipality in the meantime.

To pay for the increased allocation to homeless services, Zaletel’s original budget amendment called for a cut of just less than 1% for all departments except police, fire, libraries and health services. To be sure, unallocated cuts aren’t an optimal solution to any budget problem. But it’s hard to envision that municipal department budgets are so airtight that a 1% cut would be hard to accomplish, especially when the funds would have dealt with such a pressing, obvious problem.

A central tenet of Zaletel’s original plan was the establishment of shelter capacity in Midtown, an idea with obvious merit. Although Midtown businesses and residents might be leery of a shelter nearby, the concentration of homeless residents in the area and their difficulty accessing services in the daytime near existing shelter options argue strongly in favor of the plan. It could also have the beneficial halo effect of reducing stress on the overburdened homeless services in downtown, as well as on businesses and residents near the existing Third Avenue corridor.

The Assembly’s revised budget reduced the amendment to about a third of its original size, which will fund 150 shelter beds through the end of 2020. And for her part, Zaletel pledged to keep pushing for more homeless services in Midtown. She should. It’s a good idea, and it should have been under more serious consideration already.

A heartening array of public, private and nonprofit groups have come together during the course of the past year to work on solutions to homelessness in Anchorage; chief among those efforts was the announcement of $40 million in funding by a handful of stakeholders to address the problem over the next five years. That initiative and others like it will be key in making long-term progress on combating homelessness and its root causes. But as Catholic Social Services director Lisa Aquino said, "We need the state and municipality to be invested in this and providing those basic-need services so this new infusion of funding can really be used to move the needle in the future and reduce homelessness.”

The money the Assembly devoted to homeless services in its budget Tuesday can best be described as a step down the right track. Of a roughly $540 million total budget, the $736,000 amended by Assemblymember Zaletel to fund additional homeless services represents about one-eighth of 1%. To combat one of Anchorage’s most visible issues, and to provide for some of its most vulnerable residents, we can do more.