If Alaska legalizes gambling, why not go all in? 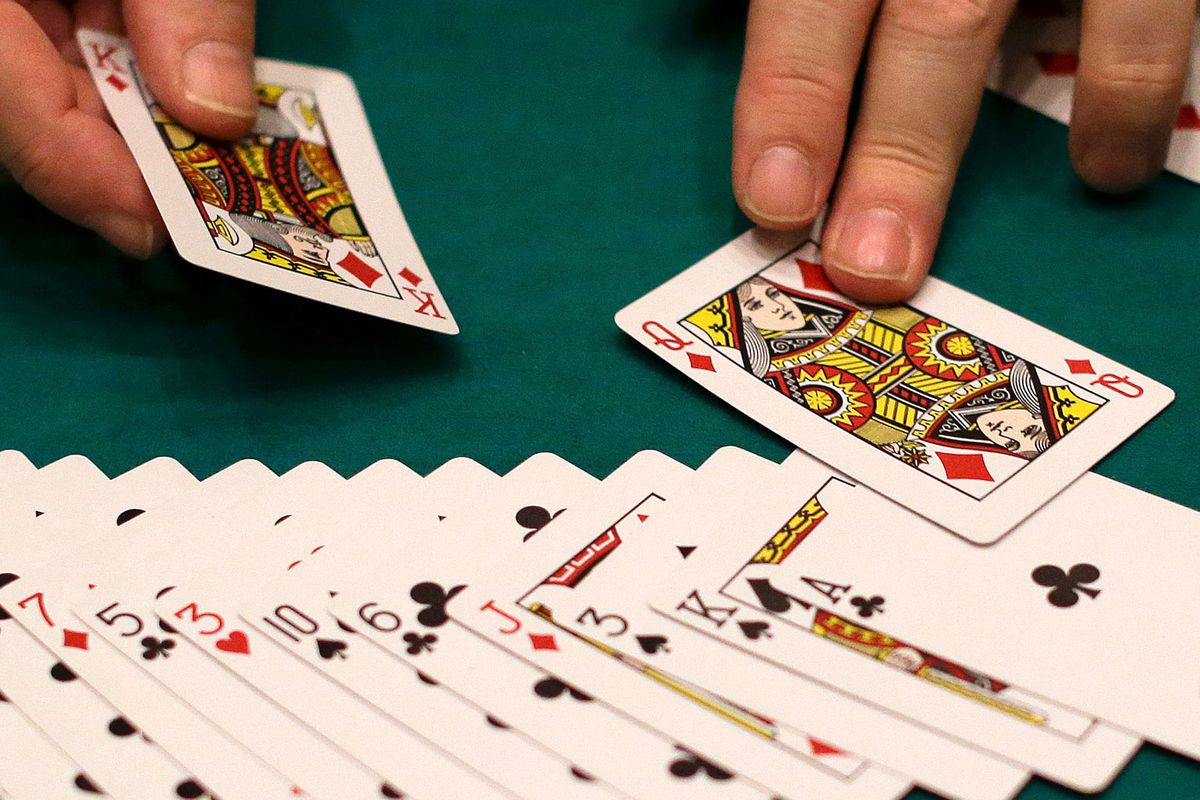 In this Wednesday, Feb. 27, 2013 file photo, a dealer resets a deck of cards at a casino in Las Vegas. (AP Photo/Julie Jacobson)

In this Wednesday, Feb. 27, 2013 file photo, a dealer resets a deck of cards at a casino in Las Vegas. (AP Photo/Julie Jacobson)

State leadership has rightly been wary of solutions involving raising new revenue to solve Alaska’s state budget deficit. But in his State of the State address to the Legislature, the governor did float one new-revenue idea he supports: legalized gambling. If Alaska opens up its relatively restrictive gambling laws as Gov. Mike Dunleavy and others have proposed, the state will have not just pull-tabs and bingo but also keno, scratch-offs, video lottery and sports betting. The natural question the bill raises: Why stop there? Gambling of all types already exists in Alaska, in both legal and illegal forms. If the state is looking for new non-tax revenue, why take half measures? It makes more sense to legalize gambling broadly, up to and including casino gaming.

Gambling in Alaska has existed, as have struggles with unsanctioned gaming, since gold rush days. Since statehood, Alaska’s laws surrounding gambling have been among the strictest in the country, with legal carve-outs for only a few narrowly defined activities: bingo (legal since 1960), pull tabs (1984) and charitable gaming in the form of raffles and other such activities (1993). Alaskans have historically taken a dim view of expanding legal gambling; several statewide votes on the matter have failed, most recently in 2008. But one of the main reasons why voters have rejected legal gambling was that with our wealth of oil revenue, we didn’t need the extra money. To say that’s no longer true is an understatement.

To be sure, there are principled, ethical reasons why some don’t support gambling. Chief among these is that, like other vices, gambling can be addictive for some, and leads those people to wager money they can ill afford to lose. But online gambling is already rife, and there are a host of illegal house games and underground commercial enterprises where those with such a weakness are already partaking of games of chance, with little or no assurance that the games are on the level. State sanctioning of gambling would allow Alaska to establish a structure for gaming, regulate the industry to keep outcomes fair and gain badly needed revenue for state services.

The other potential knock against expanding gambling is that under the current system, licensees have nonprofit community partners with which they’re obligated to share a portion of the proceeds. But there’s no reason this system couldn’t exist with other forms of gambling, too. In fact, the expanded revenue likely to result from tourists playing games of chance on their Alaska vacations would likely expand the pool of funds significantly.

One of the strongest criticisms against expanded legal gambling in Alaska is that not all of the funds generated would stay in the state and benefit Alaskans. In all likelihood some, if not most, of the profits would flow Outside to owners elsewhere. But we’re capturing almost none of that added revenue now — bingo halls and pull-tab parlors have minimal economic benefit to Alaskans at large, and of course the state derives no benefit from illegal gambling or online betting sites, which are Alaskans’ other current gambling options. Legalized gambling would result in not only tax revenue but also wages, jobs, new infrastructure and a potentially considerable influx of visitors spending money in the state.

As with alcohol and marijuana, communities should have the option of allowing or banning gambling within their boundaries. The rights of Alaskans to have the final say on whether such industries can operate in their town should be preserved, to allow for differences in regional and cultural character that might make gambling an unwelcome addition locally.

Gambling revenue wouldn’t be a silver bullet by any means. Even if the state were to open its gambling laws entirely and allow full-scale casino operations, the scale of Alaska’s economy is such that it would likely generate revenue for the state in the range of tens of millions of dollars — perhaps $100 million per year, optimistically. But $100 million — or even $20 million — is a lot of money in a state like ours. It’s a meaningful percentage, for instance, of the state’s contribution to the University of Alaska, and larger than the funding of some entire state departments.

As with other vices such as marijuana and alcohol, Alaskans should be permitted to spend their money as they see fit, so long as it doesn’t harm others. That’s a case for legalizing gambling of all kinds — with strict oversight from the state, of course. People should have the right, and we need the money.