For Alaska this November, the stakes are higher than ever 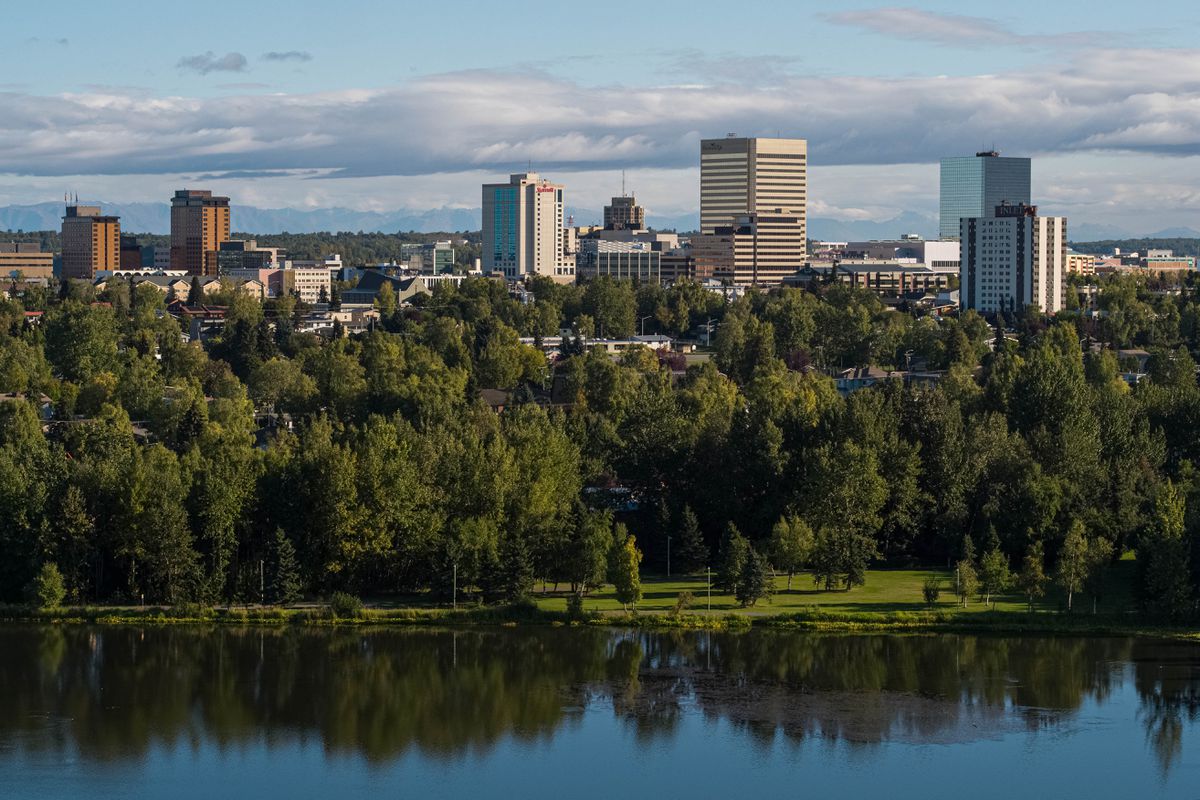 It’s going to be a long winter for Alaskans and local businesses. Schools remain online-only because of the danger of COVID-19 outbreaks, the state’s unemployment rate remains at historic highs, and one-sixth of businesses surveyed by the Anchorage Economic Development Corp. say they may close for good as a result of the pandemic — in addition to the 9% that responded they’ve already done so. Meanwhile, the state is facing a budget deficit in excess of $2 billion, with its savings accounts drained. It’s no exaggeration to say that Alaska is facing decisions during the course of the next year that will affect the state for a generation.

What that means for Alaskans heading to the polls this November: We have a duty to select the candidates best equipped to guide our state through one of the most difficult periods in its history.

Unfortunately, you wouldn’t know it by much of the campaign rhetoric espoused by political hopefuls vying for seats in the Legislature. Some candidates promise big dividend checks from government and offer few specifics about how to pay for them — or how paying for them could deplete the Permanent Fund’s reserves. Alaska’s only major available savings account left at this point is the Permanent Fund Earnings Reserve, out of which the dividends themselves are paid and which, for the past several years, has provided revenue to help fund services. A few years of multibillion-dollar draws, as would occur under the “full-dividend” plan, would drain the account completely and kill the dividend program altogether.

Other candidates point to revenue measures — meaning new or larger taxes — as a means of closing the budget gap, but hedge when asked who would pay, and how much. They also conveniently ignore the inevitable economic destruction that would follow tax increases made simply to fund the PFD. The fact of the matter is that unpleasant truths don’t make for good campaign slogans, and there are plenty of unpleasant truths to go around.

Here are a few:

• If services were maintained at their present level, a “full” dividend were paid and the deficit were covered by individual taxes, the burden would average more than $3,000 for each man, woman and child in the state. Even without a dividend, taxes to cover the deficit would amount to almost $500 per person. And even if taxes were implemented this year, they wouldn’t be collected in time to balance the upcoming year’s budget.

• Even in the best case, Alaska’s economy won’t recover nearly as fast from COVID-19 as it declined this year. Economists with the University of Alaska Anchorage’s Institute for Social and Economic Research say they expect a recovery to take at least 2-3 years — and that’s assuming a best-case scenario for a vaccine and a return to “normalcy” next year, which is by no means certain.

Elections have consequences. As evidence, Alaska voters need look no further than the recent news that the University of Alaska Anchorage is cutting more than 40 degree programs and several sports teams, including hockey, gymnastics and alpine skiing. Those actions are a direct result of the cuts-first approach championed by Gov. Mike Dunleavy after his election in 2018. Should candidates promoting a similar approach to governance win in November, it’s a sure bet that bigger, deeper cuts will be on the table for health care, K-12 education, transportation and the University of Alaska, the only places where large-scale cuts are even possible in Alaska’s budget. Unless candidates prefer billions of dollars per year in unsustainable deficit spending, massive cuts to those services are the only way those candidates could offset even a fraction of the state’s largest expenditure, which they champion: Permanent Fund dividend payments.

Anyone who claims they have a plan to return Alaska to prosperity without difficult decisions, compromise and a great deal of shared sacrifice is blowing smoke — yet plenty are. As voters, it’s our responsibility to pin candidates down on the promises they’re making on the campaign trail. If they want to represent Alaskans during this pivotal time, they owe it to us to answer our hard questions and acknowledge the difficult facts about where we stand — and how they intend to lead us to a better place. If they can’t explain how they’ll do it — with specifics, not generalities about tightening belts and trimming fat — they don’t deserve our votes.