American democracy isn’t dead. But now we’ve seen how it would happen. 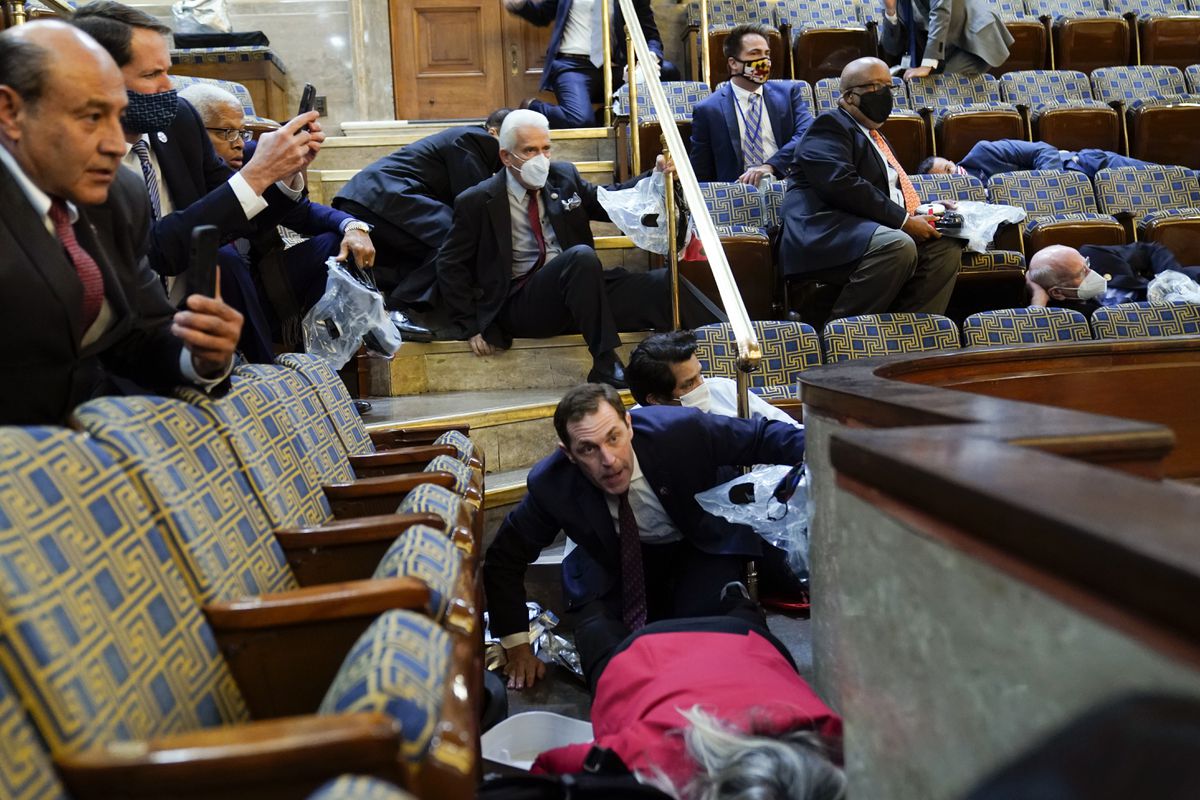 People shelter in the House gallery as protesters try to break into the House Chamber at the U.S. Capitol on Wednesday, Jan. 6, 2021, in Washington. (AP Photo/Andrew Harnik)

People shelter in the House gallery as protesters try to break into the House Chamber at the U.S. Capitol on Wednesday, Jan. 6, 2021, in Washington. (AP Photo/Andrew Harnik)

The storming of the U.S. Capitol on Jan. 6, 2021, by rioters trying to stop the certification of Joe Biden as the next president of the United States, was an event without parallel in our history. It should be roundly condemned, without caveat or qualification, by all Americans who believe in democracy.

Let’s start with the facts: The 2020 presidential election was not rigged. It was not stolen. It was lawfully conducted, tallied and certified by each of the 50 states. There has been no verifiable evidence brought forward that would indicate fraud, misconduct or improper administration at a level that would overturn any state’s results, let alone the several it would take to change the result.

Despite that reality, President Donald Trump and many members of Congress fomented the riots in our nation’s capital Wednesday through months of false claims and fearmongering that the election and its result were fraudulent. These statements were irresponsible and led directly to Trump’s supporters breaking into the Capitol building, forcing the suspension of the largely ceremonial tallying of electoral college votes by a joint session of Congress.

If those who broke windows, vandalized offices and stole items from the Capitol believed that they were acting in any way as patriots, they were gravely misled. Ours is a system characterized by the peaceful acceptance of the will of the electorate, regardless of one’s own personal beliefs. By trying to stop the transfer of power after a legitimate election, those who broke into and entered the House and Senate chambers attempted to commit insurrection.

Fortunately, these attempts at a coup that would stifle the will and the voice of Americans across our nation will not succeed. Members of Congress reassembled Wednesday night to continue the certification of the election, in defiance of those who would have laid our system of government low. Their quick return to doing the people’s business is an important statement that those who seek to rule by the strength of the mob cannot overcome our commitment to a constitutional republic.

But we have come dangerously close to seeing what the end of the American experiment would look like. Those who attempted to stop the orderly transition between administrations as a result of the elections should face the legal consequences of their actions, and those who stoked these dangerous actions via conspiracy theories and baseless claims should also be held to account.

Our democracy is resilient. It will survive this, and it can grow stronger from it — but only if we have the will to commit ourselves to that end. On Wednesday, a group of Americans voted with their actions to end our republic. The rest of us, through our own actions, must reaffirm our votes to continue it.