Alaska’s budget is a mess. Here’s what needs to happen. 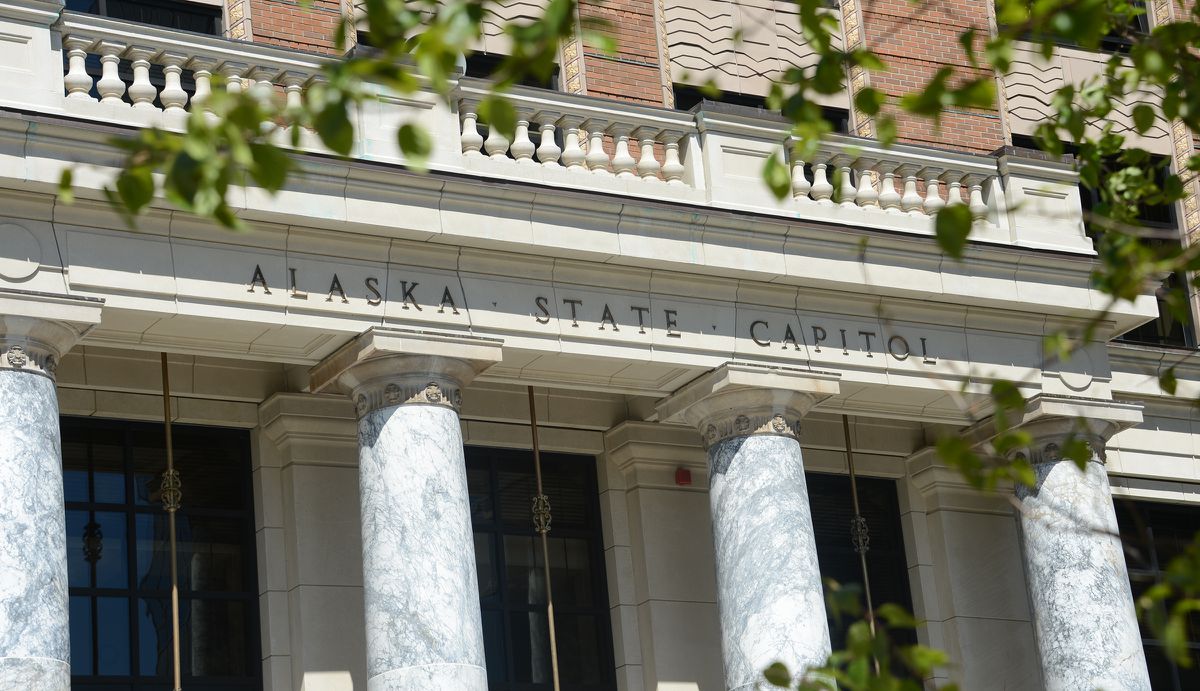 Somehow, over the course of a week, Alaska went from heading for a state government shutdown to barely passing a budget, then right back to heading for a shutdown. It was a roller coaster of an end to 2021′s first special session, and it leaves Alaskans outside of the capitol building in the position of having to suffer for the brinksmanship of legislators and Gov. Mike Dunleavy.

What follows is an in-depth analysis of what’s going on in Juneau. If you want to jump to the punch line, one can cut through all of the noise and rhetoric by understanding this one simple truth: Gov. Dunleavy and a minority of legislators want a supersized PFD, even if it threatens the Permanent Fund itself and leads to taxes on Alaskans — even if it means a state government shutdown in 10 days and all of the economic harm that does. All of the maneuvering, posturing and political games come down to whether that is the right course for Alaska.

To understand how we got here, first you have to know what’s at stake. There are three big items that have to be hashed out for the Legislature to complete its budget business each year:

• The operating budget itself, a multibillion-dollar spending bill that provides funding for the state’s operating expenses and services such as public safety, education, health care, transportation and the University of Alaska.

• The Permanent Fund dividend, the amount of which is defined by two conflicting statutes and which has been determined ad hoc each year since 2015.

• The “reverse sweep,” a budget maneuver providing funds for items such as rural power cost equalization, aka PCE, college scholarships for high-achieving graduating high school seniors and several other items.

It’s important to note that political parties and caucuses don’t matter right now. What has defined negotiations over the budget is legislators’ beliefs about the PFD. A breakaway faction of Republicans based mostly in the Mat-Su region and the Kenai Peninsula prioritizes a super-sized PFD above all else, and so far has appeared willing to hold all other elements of the budget hostage in an attempt to get it — even if it means shutting down the state indefinitely. This crowd also admits that they are willing to impose taxes on Alaskans to fund the big PFD.

It’s also necessary to understand the votes that need to take place to fund those items. The budget itself can be passed by a majority vote, which the House and Senate have done. The rub comes because the rest of the funding sources require a whopping three quarters of the Legislature. This means that the big-PFD crowd can tank these votes, which they did in the name of a supersized and unsustainable Permanent Fund draw.

How we got here

The Legislature’s conference committee is the body that makes the final budget proposal. Over the past two weeks, it produced a state budget that closely resembles the one proposed by the governor and passed earlier by the House and Senate, with one very important difference: the size of the PFD. The House passed a budget without a PFD. The Senate, where the big-PFD hardliners hold more sway, settled on a $2,300 dividend that would have overspent from the Permanent Fund by more than a billion dollars. The conference committee landed in the middle at $1,100.

Not surprisingly, although the House and Senate were able to muster the bare majorities necessary to pass the budget itself, the CBR draw — and the co-packaged reverse sweep — was a no-go, and the effective date vote also failed in the House. The big-PFD crowd, recognizing that the only hope they have is by refusing to fund anything until the others blink and agree to an enormous dividend, sees all other items — including, at this point, the entire budget — as a bargaining chip.

And so, despite the budget’s passage, that’s what it has become. On Thursday, after the budget passed and the CBR vote failed, Gov. Dunleavy — the leader of the big-PFD crowd — announced that he sees the budget as incomplete because of its lack of an effective date, and thus the government will shut down July 1 unless legislators return and vote on it. Remember, it was his fellow big-PFD allies in the House who rejected that effective date in a purely political move. They believe this gives the governor cover to describe the budget as “defective.” Assuming nothing changes in the next few weeks, Dunleavy’s administration says government will remain unfunded until at least Sept. 15.

In practical terms, this means that thousands of Alaskans will lose their jobs, potentially for months in the middle of an exceedingly fragile economic recovery from the COVID-19 pandemic, because of a budget-measuring contest between the governor and multiple factions in the Legislature. While the governor may cast his refusal to sign the budget as a principled stand, the reality is that he’s playing hardball politics too, trying to put legislative foes in a bind.

Assistant Attorney General Cori Mills, nonsensically, compared letting the budget fund items retroactively to passing criminal laws that make people lawbreakers for actions they took before the statute existed. That’s bunk. Any Alaskan with horse sense, law degree or no, can discern the difference between funding services and inventing crimes to charge people for past actions, and that’s why, when Alaska was in this position before, the state rightly recognized that the effective date wasn’t necessary under the circumstances. “A strict interpretation of the absence of an effective date would imply that no money may be expended under the appropriations made in this bill until 90 days after you sign the bill,” the Department of Law told then-Gov. Steve Cowper in 1989. “However, it would be irresponsible to disrupt state government functions to await the constitutionally specified effective date,” the department’s lawyers said, explaining that “An appropriation is considered ‘enacted’ when the governor signs it into law.” By that reasoning, were Gov. Dunleavy to sign the budget today, there would be no threat of a shutdown — and no legal issue with its passage into effect.

Insisting on an effective date before signing off on the budget is politically convenient for a governor and bloc of legislators who want a big-ticket item — an oversized PFD — and are perfectly willing to send 15,000 Alaskans layoff notices in hopes that it will make the other side blink first.

Where to go from here

Here’s what should happen, if the folks in the capitol building want to maintain any claim of working in the public’s best interest: Legislators should return immediately to Juneau and pass an effective date before July 1, sparing the state an embarrassing, fiscally damaging shutdown. Gov. Dunleavy should urge any holdout legislators to do their duty and approve that vote, and he should ratify the budget as soon as that’s done. This is the only way the state can have any hope that future special sessions this year — to deal with the dividend formula, the state’s long-term fiscal balancing act, or other priorities — will bear any fruit whatsoever.

Letting the government shut down, potentially for months, in an effort to force the PFD amount would be proof positive that lawmakers are willing to let the dividend come at the expense of all other state services and priorities. And if that’s truly where we are, it’s hard to think of a moment when Alaska’s government has been more short-sighted.