To put it politely, Trump is a carnival barker without the integrity 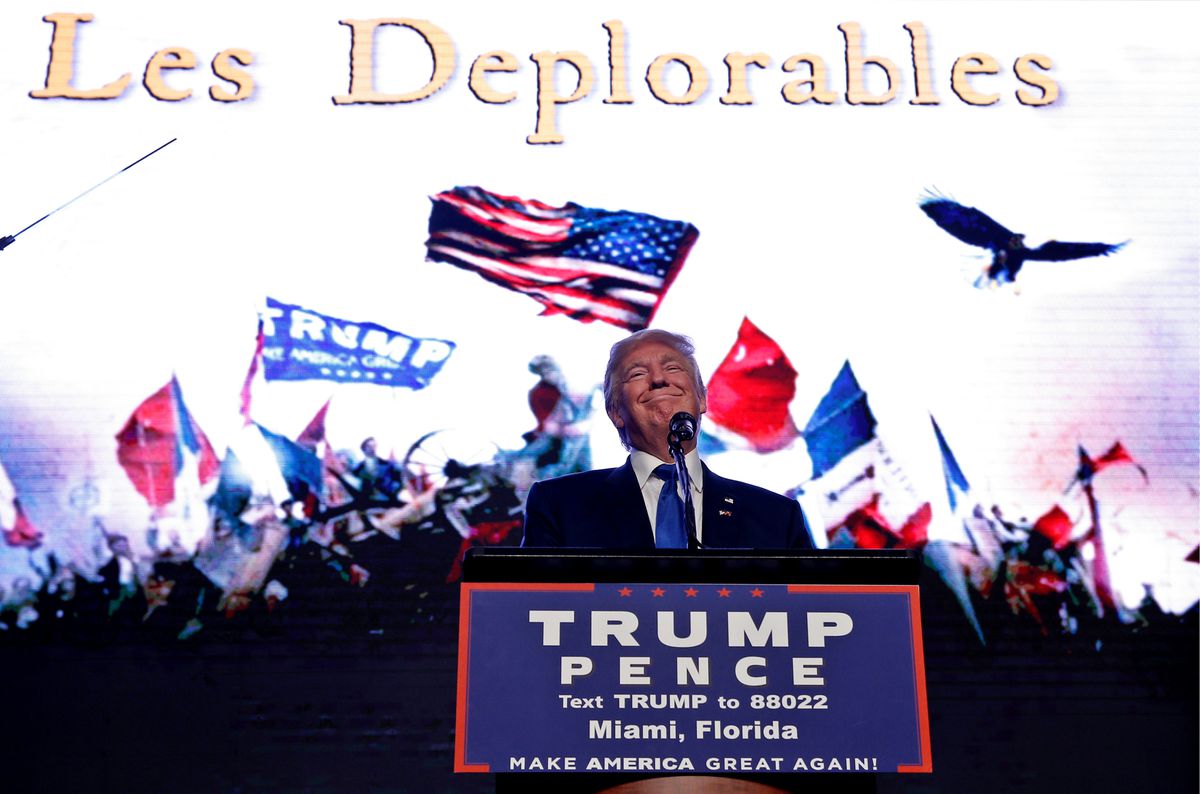 We've called him many things. We pundits have overworked our thesauruses and our imaginations to describe Donald Trump.

Kathleen Parker called him "the biggest goofball ever to enter the Oval Office sweepstakes."

Nicholas Kristof called him "ill-informed," "deceptive," "vacuous" and a "crackpot."

Yours truly called him "a tire fire in an expensive suit."

But if there were a prize for getting it right, all of us would be runners-up to Fareed Zakaria. Last month, in a live interview onCNN and a later column in The Washington Post, he nailed Trump perfectly. The Republican candidate for president, he said, is "a bull—t artist."

Yes, it's a coarse and vulgar term. But there is no demure synonym that captures the man with such crystalline accuracy.

[Bank on this: Trump will protect his wealth, at your expense if necessary]

Donald Trump is not just a liar, a word that connotes strategic untruths told for expedience or advantage. No, he is a BS artist, a man who speaks most forcefully where he knows the least, and whose entire modus operandi is to bluff, bluster, boast and bully his way through whatever the subject or situation may be.

Think Cliff Clavin holding forth in "Cheers," or Eddie Murphy rousting that redneck bar in "48 Hours."

Perhaps the clearest proof of Trump's BS artistry came last week when he conceded what intelligent people have known for years. "President Barack Obama was born in the United States. Period," he said. It was a terse, grudging statement at the end of an event at his hotel in Washington celebrating the glory of all things Trump.

"President Barack Obama was born in the United States. Period." Well, gee, thanks for clearing that up.

[Trump admits Obama was born in US, but falsely claims Clinton as source of 'birther' claims]

Indeed, it provides redundant proof that there is no "there" there, no core values holding him together, unless you count the value of always doing whatever gratifies or advances Donald Trump and his ego in a given moment. Otherwise, he is formless, a cloud sculpted by the breeze, water taking the shape of the glass.

He is, transparently and obviously, exactly what Zakaria called him. And he is rising in the polls.

That ought to give you pause. Trump is not an overly clever man and certainly not a subtle one. He does not hide what he is. Yet some of us are nonetheless drawn to what he is, to the way he validates their anger at all the faceless others — Muslims and Mexicans, gays and transgender, blacks and uppity women — whose rising has changed America. They want "their" country back, and Trump, with the easy grin of a conscienceless man who stands for nothing and therefore, stands for whatever you need him to, promises to give it to them.

Just as he once promised them he'd once solve the "mystery" of Obama's birthplace, only to unceremoniously abandon that promise when it became politic to do so. You'd think Trump's acolytes would see a warning there. The stench of bovine excretions could not be more obvious.

But for them, apparently, change smells even worse.