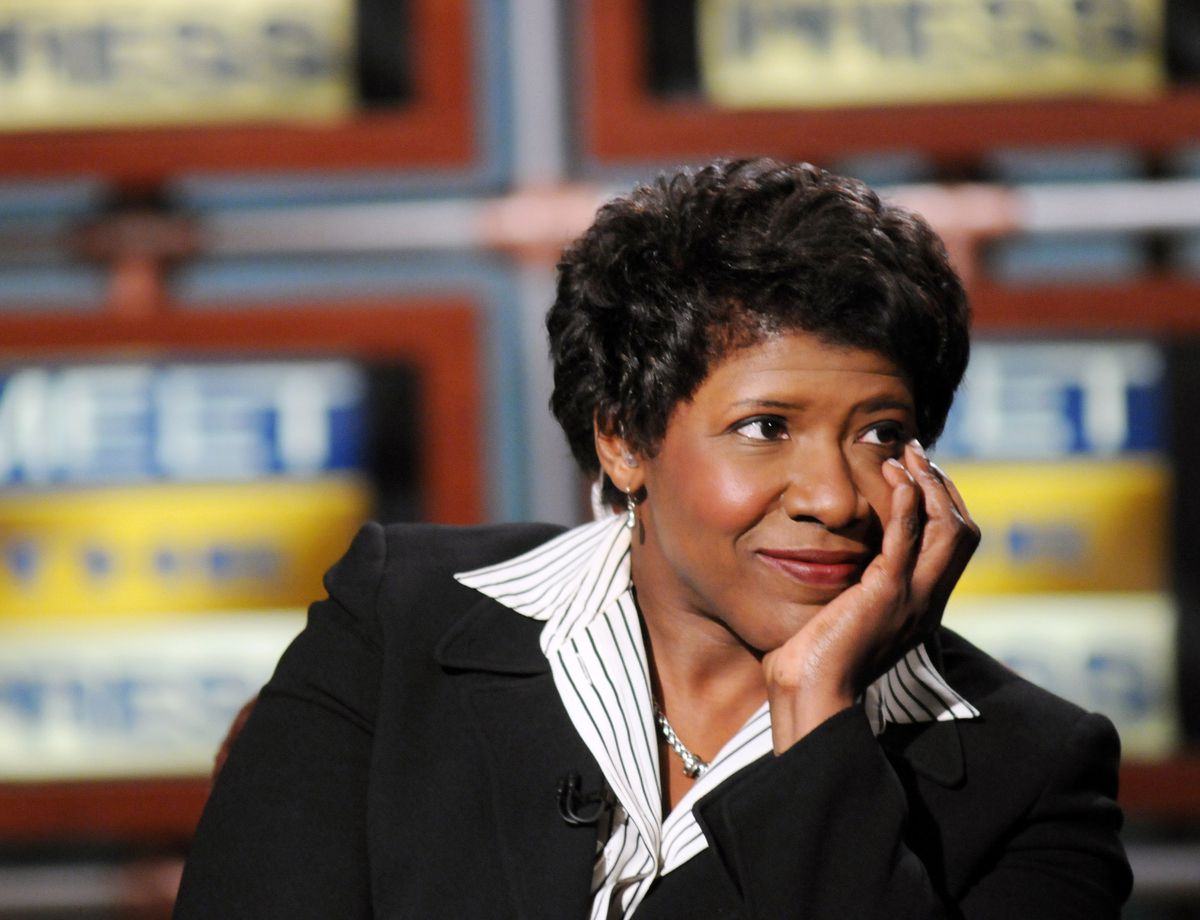 You didn't have to know Gwen Ifill — I didn't — to feel she was your friend.

Ifill, who died of cancer, could have been called a TV star, but "star" doesn't evoke the sensible, smart, tough, good-humored, normal person she exuded from the screen. No surprise, then, that when news got around on Monday she had died, her death felt to many who never met her like the loss of a companion.

"No, no, no!" someone emailed me. "Not Gwen Ifill, who eased me into Friday evening for so many years and made it seem that if we just examined the week's news with clarity, we could all stay calm. Oh, how we need her now."

Ifill was black and a woman, and though those are just elements of who she was, they matter because she succeeded in an arena dominated by white men.

As co-anchors of the "PBS NewsHour," she and Judy Woodruff were the first all-female anchor team on network nightly news. As the moderator and managing editor of "Washington Week," a PBS public affairs show that depended on her ability to corral rambunctious pundits, she took on a job typically reserved for hosts with names like George and John and Chuck.

Since she died, at 61, social media has been full of tributes to her courage, intelligence and optimism. One, in particular, stopped me when it floated past on Facebook.

It was a snippet of something she once said:

"You can't spend a lot of time assuming the worst about why people do things. It almost always has nothing to do with you. It has everything to do with them. It has to do with their biases, with their constraints, with their inability to imagine anything more and so rather than — and I tell this to young people all the time — rather than going around saying, 'Aha, they didn't give this to me because I was black or I was a woman,' you stop and think — they didn't give it to me because they couldn't imagine me in this role and it's my job then — it's a tougher job than my white counterparts have, but it's just what it is — my job is to force them to see me in a different role and then you act on that."

It's a complicated, subtle thought. Forcing someone to see you in a different role can be like prying open a locked metal door. Hard, even impossible.

Still, it's a useful thought. It doesn't deny racism or sexism. What it suggests is that they're often rooted in a failure of imagination.

The way I hear it, it means don't let racist and sexist behavior make you feel lesser. Instead, do your best to show the unimaginative their assumptions are wrong. Help them imagine.

I found the source of the quote in a 2009 interview on a University of Virginia website called Explorations in Black Leadership. The interviewer was Julian Bond, the late professor, writer and civil rights leader.

It's full of Ifill's nuanced wisdom and her openness to people of all kinds. She remembered going to rallies of the conservative evangelist Pat Robertson when he ran for president in 1988.

"If I'd walked in to those rallies saying, 'Oh, they're going to hate me because I'm black,' I wouldn't have heard what they were saying," she said. "In fact, they would offer me a chair. … There were people who didn't feel anyone listened to them and if you suggested you wanted to listen, they were perfectly welcoming."

She also talked about the effect of 1960s civil rights legislation on her life.

"That became law while I was, what, 9 years old?" she said. "Yeah, that was a signal. It was optimism. It was a promise that you could do all the things that — my parents told us we could do anything, right? They mistakenly told the daughters that as well as the sons … you saw laws and barriers falling as you went along so, yeah, you came away from that hopeful and optimistic about the possibilities."

Ifill made those remarks shortly after the election of the country's first black president. In 2016, young people aren't coming of age in a country when opportunity and optimism are in the air. The rhetoric now is not of barriers falling, but of building walls.

Still, we'd be wise to hold on to Ifill's words and her can-do hopefulness, even as we struggle, in this new political age, to figure out how to put hope and generosity into action.

"You can't spend a lot of time assuming the worst about why people do things," she said.

In Gwen Ifill, we were lucky to have a communicator of the news who knew it was important for all of us to keep stretching our imaginations.

Mary Schmich is a Pulitzer Prize-winning columnist for the Chicago Tribune.

Mary Schmich is a Pulitzer Prize-winning columnist for the Chicago Tribune. Contact her at mschmich@tribune.com.