It's time to divide this house 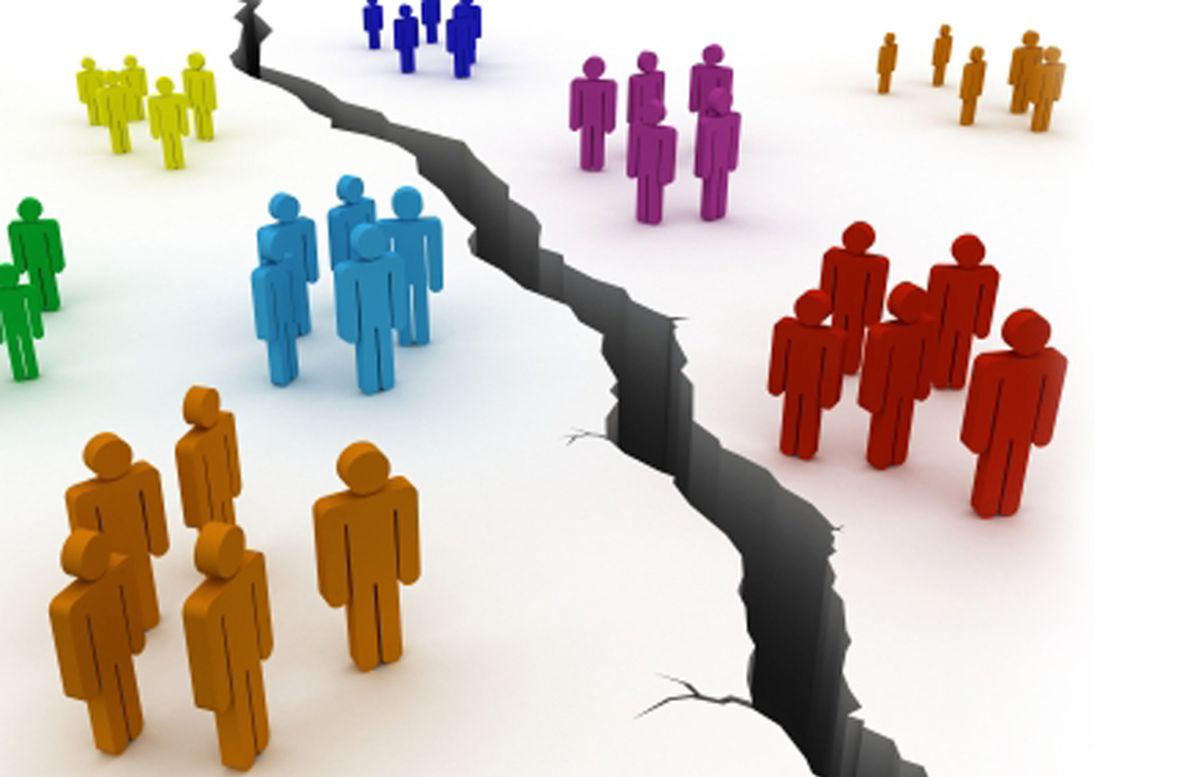 So we have split up. Democrats and Republicans. Mutual loathing. So Thanksgiving was ruined, maybe Christmas. We Hillarians look at strangers in the airport and think, "You did, didn't you. Yes, you did." And they know who we are. If I were drowning and calling for help, they would throw me a large rock. If they were drowning, I'd toss them an anvil. Scripture says to love your enemy but it doesn't say exactly when or how.

Broadway shows will now feel obliged to give lectures on diversity to any prominent Trumpist in the audience. Trumpists will explain, as one woman did, "Voting for him was the only way I could say that I exist." (People who shoot up theaters may feel the same way.) The Trump faction will boycott chamber music concerts, wine tastings, lectures on Byzantine art and poetry readings, and Hillarians will boycott NFL games, casinos, gun shows and demolition derbies.

I have relatives who claim to be Christians who voted for Trump, though God told them clearly not to, but my relatives aren't good at Aramaic. How do I feel about them? I don't know. I'm thinking, I'm thinking. How would you feel if your favorite cousin told you he believes that white people should be able to live in all-white communities with all-white schools? (They can. Just go to North Dakota.)

President Obama, in his role as national sixth-grade civics teacher, believes the office will change the man. Ha. The man is 70. He has no ideas, no beliefs. His philosophy is simple: when he itches, he scratches.

So let's talk about dividing the country. Why spend four years glaring at each other? A house divided against itself cannot stand, so let's make a duplex. The experiment lasted for 150 years after Appomattox and in the end it failed. So let's bind up our wounds and have an amicable divorce.

Democrats get the Northeast and the West Coast, plus a few miscellaneous states, and the Democratic cities — D.C., Dallas, Houston, New Orleans, Miami, Raleigh-Durham, Cleveland and so forth. Call it the Union. Our capital will, of course, be New York City.

Trump takes the Confederacy and the Corn Belt and his capital is the bunker deep under The Greenbrier Resort in White Sulphur Springs, West Virginia, where the federal government planned to go in the event of a catastrophe, which is basically what we have now. Call that country Trump Country.

Divvy up the military. Equal access to holy sites. They can come to Arlington Cemetery, the Reagan Library, and Trump Tower. We get to go to wildlife refuges, Gettysburg, and the birthplaces of authors. We'll sell the White House for a hotel and make the Capitol a museum, and rent out the office buildings. You take your Supreme Court justices, we'll take ours.

You can have the flag since you invested so much in flag pins and decals. We'll make a new flag, blue, with the planet Earth on it.

This is not that hard, people. Others have done it. Pakistan split from India, Norway from Denmark, Lennon left McCartney.

[Trump divided to win; can he unite to govern?]

Our country believes in competition and free enterprise and now it's time to create a competition between the Union and Trump Country to see which one offers the better life to its people. My money is on the young people flocking to the cities, the centers of economic hustle and bustle like Seattle, Boston, Raleigh, Washington, Austin, where people seem to thrive on ferment, divergence, multiplicity, and a culture of mutual respect and toleration.

But I could be wrong about that. Hitler led Germany out of the confusion of democracy, created good jobs, built up the military, and united the country as never before. Germany had lost a war and Hitler made it great again.

When he staged Kristallnacht in November 1938, and went after the Jews, it was a huge success, on time and under budget. When he wanted to take over Czechoslovakia, he just went and did it. No problem. Looking back, one can see that his invasion of Poland in 1939 was a bad move, but it might have succeeded. Had Britain sued for peace, America was in no mood to intervene.

Europe and Russia might be united under one swastika today, and China and Korea united under the rising sun of the Emperor of Japan. And us. Three world powers. The U.N. could meet in a breakfast alcove. No journalists present, just three men making deals. Very simple. Tremendous efficiency. Just tremendous. Totally. You better believe it.

Garrison Keillor is an author and radio personality and regular contributor to The Washington Post.