President Trump, you're wrong on immigration 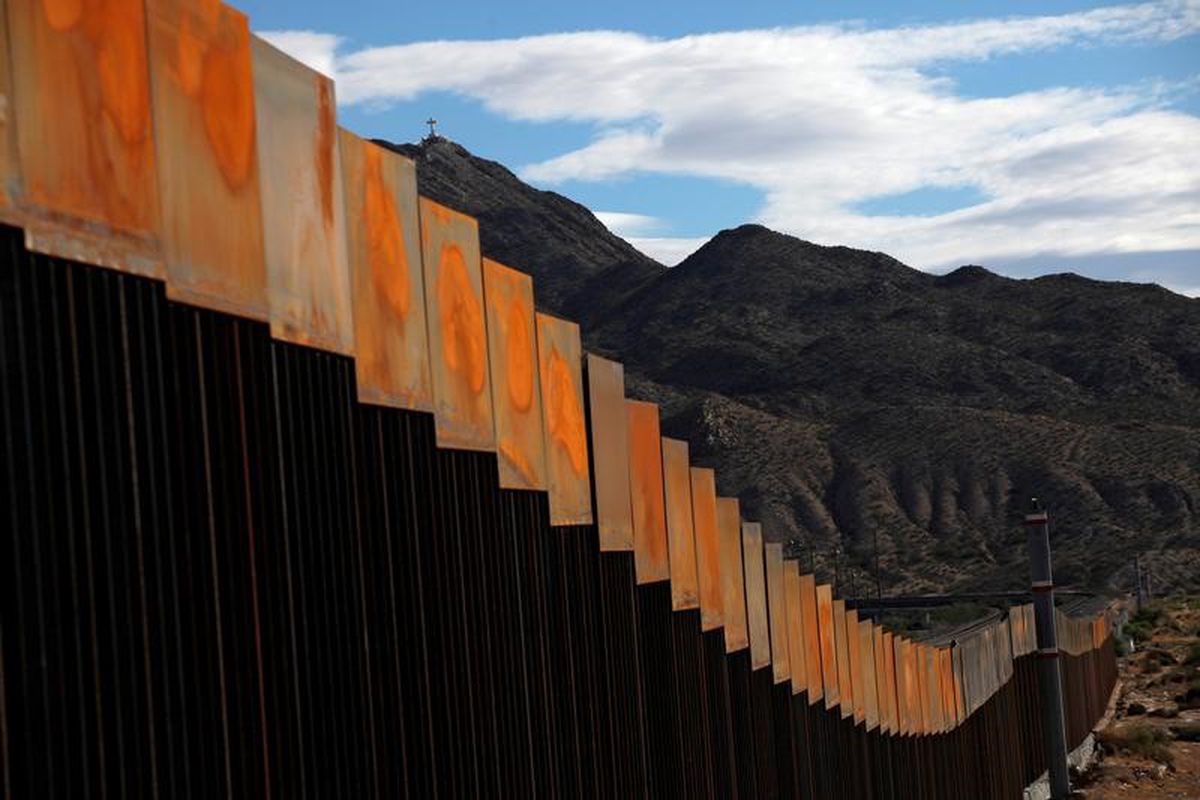 This is the column I didn't want to write. I knew I'd have to get to it eventually because all through the campaign season, the new occupant of the White House talked about how he would "make Mexico pay for a wall," "ban Muslims" and "get rid of the illegals." Then, as tends to happen on a fairly regular basis, Trump's brain went into autocorrect mode and he changed it to "We'll send Mexico a bill," "we'll let the American Muslims stay" and "we'll get rid of the criminals and figure out the other part later."

But I'd hoped I could keep complaining about those narcissistic, pussy-hat-wearing women, with their shrieking about leaking (Ashley Judd) and their yelling about shelling (Madonna) and their refusal to welcome pro-life sisters into the hormonal fold. I really wanted to keep talking about how offensive they were, especially when you consider that half of the population doesn't give a damn whether tampons are taxed.

Alas, it was not to be. President Trump decided to go nuclear on immigration with some executive orders that I'm betting the conservatives who criticized Barack Obama for his "imperial presidency" will embrace wholeheartedly. And so, the women and their temper tantrum on the mall have become irrelevant. I have more important things to worry about.

It's not at all surprising that the newly minted president would start throwing bones to the people who put him in office, the biggest of all being immigration. It was a big part of his campaign rhetoric (or, if you want, policy) and one of the biggest reasons Trump appealed to the "Make America Great Again" voter. I get it, believe me I do. This month marks 22 years that I've been legalizing foreigners so they could work, live, love and contribute to making America great again. Actually, I'd say they've been keeping America great for a very long time.

I agree. I'm not pretending that everyone who has come into the country, legally or not, has been an asset. There are very bad apples out there, and they need to be picked, crushed and tossed back to the toxic orchards whence they originated. We have laws on the books for that already, even though they're not always implemented as effectively as we'd all like.

But it's not as if America has been holding up a "welcome" sign to the ax murderers, the drug dealers, the terrorists and the child abusers in the years preceding the Rise of The Donald. His accusations about coddling criminals were some of the most hollow rhetoric of his campaign, and most of us could see through it.

When the ‘other’ is us

But demonizing the "other" is helpful and there is nothing like an "other" who has very little leverage in society. So again, I wasn't surprised when Trump decided to spend an entire day making good on his campaign promise by issuing executive orders that kick-started that wall, increased the size of the border patrol, stripped federal funding from so-called "sanctuary cities" and, most troubling to me, severely limited the admission of refugees to the United States.

The whole idea of a wall is existentially problematic. Ronald Reagan wanted Mikhail Gorbachev to tear down the Berlin Wall in the most iconic of his speeches. Clearly, there is a difference between a wall built to keep people in, as in Berlin, and a wall aimed to keep other people out, as with Mexico and Central America, but my inner crunchy humanitarian liberal midget has a problem with the imagery.

I also have a problem with the idea of taking money out of Philadelphia's pocket because we don't cooperate with the federal government, even though we're not obligated to. "Sanctuary city" is one of those sly little slogans like "reproductive rights" that hide the true nature of the thing. Philadelphia does not "hide" illegal criminals. It simply will not do the federal government's job. You might disagree, but there is sound reasoning behind it: If undocumented aliens think they are under siege and will be deported if they report crimes to police, they will remain silent.

Silence equals more crimes. Remember the whole "Don't Snitch" movement? Here's how you say that in Spanish: "Callate!" In either language, it spells trouble. But if they want to take money away from the city, go ahead. It's not as if we're entitled to it, like Planned Parenthood (oh, wait . . . ).

I can't, however, live with the idea that we will make it harder for people in hellish situations to come to this country simply because we have a twisted and baseless idea that refugees are terrorists in victim's clothing. The statistics do not bear this out, and the vetting that refugees are already forced to undergo is harsher and more comprehensive than anything Trump, with his vast foreign policy experience, could imagine.

I'm livid about this particular executive wrinkle because I've spent the last few weeks in immigration court, dealing with refugees. Some are Muslim, which appears to be the target of the president's ire, but most were from Central America. One client witnessed her husband's slaying and was threatened with death if she testified against the shooter. She testified, then fled. Another was a young boy forced to be a drug mule by Salvadoran traffickers. Another was a Guatemalan woman who had been raped by the man who refused to take "no" for an answer and was raped again when the police laughed and called her a whore.

Seriously, though, I'm not against you. You won't find me marching with those people who traffic in hateful comments and personal attacks. I think persuasion works better than agitprop (especially if you avoid the sexually suggestive knitted headgear).

So here is my attempt to persuade. President Trump, please listen to me. I'm not one of the crazies filling the streets to call you names. And I understand you speak for legions of Americans who are concerned about our national security.

But don't punish the refugees. And while you're at it, leave the DACA kids alone.

But if you want help getting Rosie, Madonna and Ashley deported, I'll work on that for you.

Christine Flowers is a lawyer and a columnist for The Philadelphia Inquirer. Email, cflowers1961@gmail.com. Twitter, @flowerlady61.

Christine M. Flowers is a lawyer and columnist for the Philadelphia Daily News. Readers may send her email at cflowers1961@gmail.com.