Trade out some of that D.C. statuary 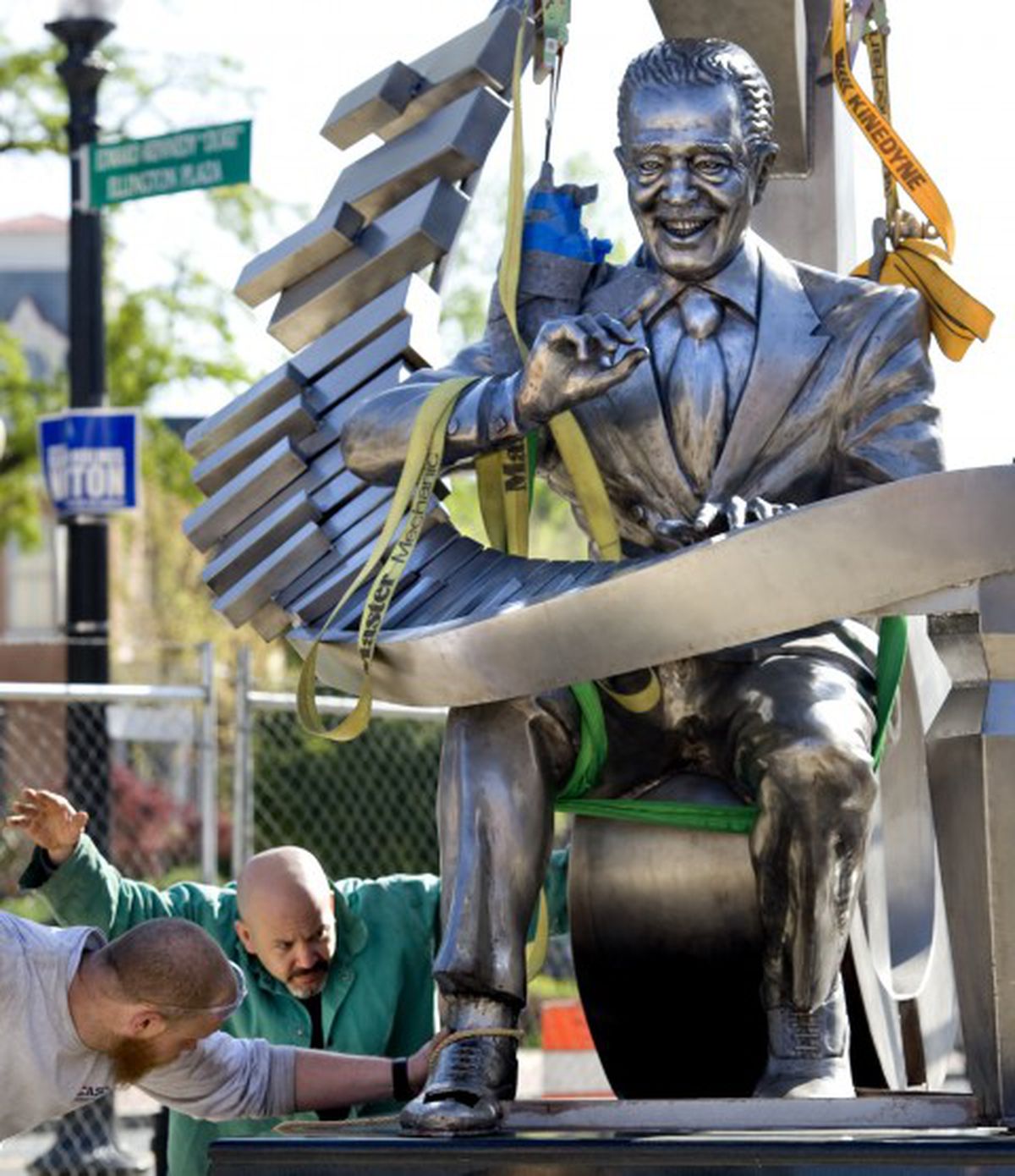 Forgive me if I don't think the removal of Confederate statuary is an issue. I call it decluttering, which is an ongoing project at my house and I hope at yours too. When those crews are done down South, put them to work in Washington, D.C.

The Frenchman L'Enfant (the name means "immature") who laid out the streets in this swamp had grandiose ideas, as anyone knows who has attempted to navigate in the capital: diagonal boulevards laid against a grid, which created numerous odd squares and irrelevant circles that, of course, required large equestrian statues to ennoble them, and so you have Thomas Circle at 14th Street and Massachusetts Avenue NW named for Gen. George Thomas, who fought at the Battle of Chickamauga in 1863. But does this give him a permanent right to loom over us in 2017 and obstruct traffic and cause honking and obscene gesturing? A whole circle devoted to this small historical footnote and how many thousands of children have pointed to him and asked, "Who is he?" and their parents were clueless and thus authority is undermined, trust is eroded, the family is weakened, our children grow up rootless and liable to fall for crackpots and demagogues.

Same for Gen. James McPherson, who died in the Battle of Atlanta (but so did a lot of other people). You've got a whole square near the White House named for him. Ridiculous.

What this says about Washington is that it is so encrusted with regulations and overlapping commissions and committees and agencies that it is incapable of rational progress. Send in a crane to extract Gen. McPherson and move Duke Ellington in from where he's exiled over on T Street and you may restore our faith in the relevance of government. "Take the A Train" did more for America than McPherson did. And what about Gen. George McClellan, who was reluctant to engage with the Confederates and who ran for president as a defeatist in 1864? Why is this loser sitting on a horse 32 feet in the air? Who invited him? Why not Jubilation T. Cornpone?

Our nation's capital has become our nation's attic, full of stuffed owls and white elephants and antique souvenirs. Drain the swamp, throw out the junk! History moves on as the past recedes and indifference sets in.

In New York, Daniel Webster takes up a big swath of ground in Central Park. Take him down and set him on the sidewalk in Union Square where people can walk right up and take selfies with him. He'd like that.

In my hometown, St. Paul, here's a statue of a Union soldier standing on a ridiculous smokestack of a pedestal so high you can't be sure if that's his overcoat or a pinafore. Someday it's liable to fall on somebody. Take it down, saw off nine-tenths of the pedestal, and put up a statue of Emmanuel Masqueray, the French architect who designed the magnificent cathedral across the street. Then you've got something worth talking about.

Every ethnicity and political faction and interest group has got its monument in Washington — the Italians got Dante, Russians got Pushkin, conservatives got Edmund Burke, physicists got Einstein, pacifists got Gandhi, feminists got Joan of Arc, Boy Scouts got Teddy Roosevelt, intelligence officers got Nathan Hale, and so on and so forth. Everybody but us columnists.

Haul McClellan down off his high horse and put up H.L. Mencken on the pedestal. It's a handsome horse, so keep that and let Mencken hold the reins, and inscribe his words: "The man of vigorous mind and stout convictions is gradually shouldered out of public life. This leaves the field to the intellectual jellyfish, to the blank cartridge who has no convictions at all and the mountebank who is willing to conceal and disguise what he actually believes, according as the wind blows hot or cold." Inscribe it across the horse's rear end. Put a recycling bin behind it where people can leave their dog droppings. People will stop and look; it'll speak to them.

I was in Washington last weekend, trying to get from Virginia Avenue over to K Street and attend church and it took so long to find my way, I was hardly in a devotional mood, but that's par for the course in D.C. nowadays. A whole lot of anger in this town. Edit the statuary collection, including some who have been parked in Congress refighting old wars, and see if it doesn't improve the situation.

Garrison Keillor is an author,  radio personality and regular contributor to The Washington Post.