What's the big deal about Paris? 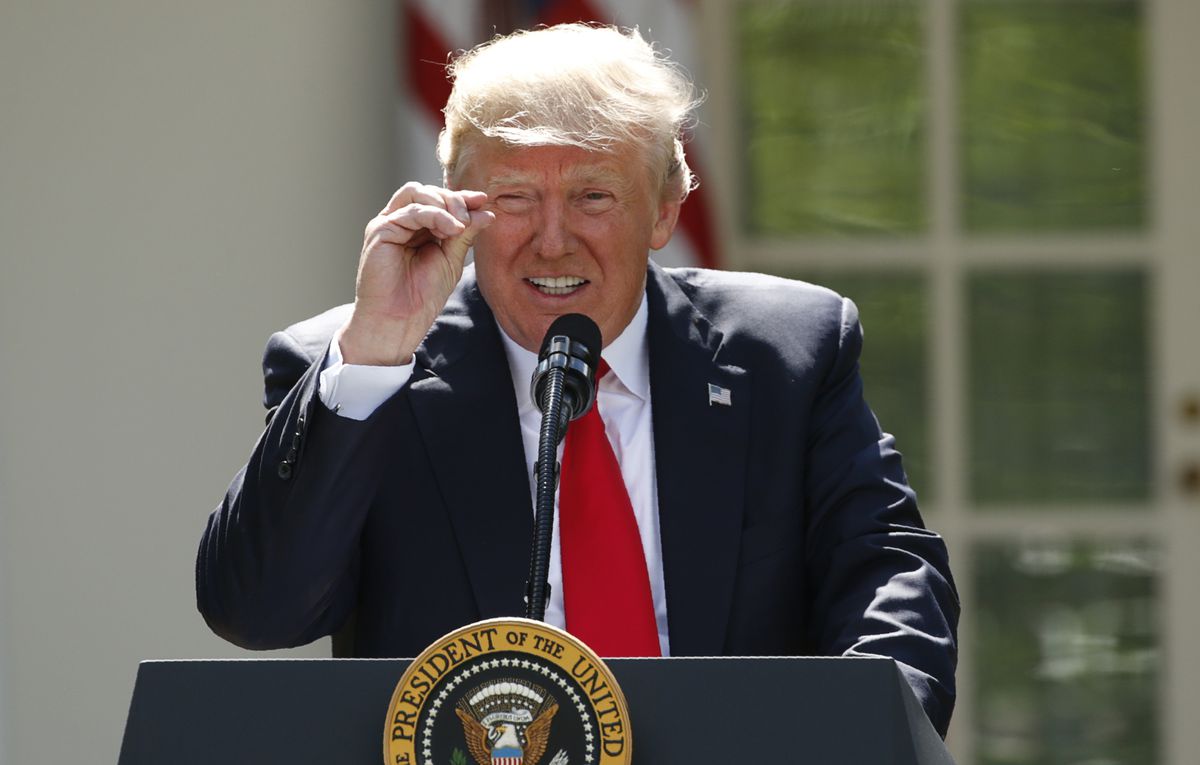 U.S. President Donald Trump refers to amounts of temperature change as he announces his decision that the United States will withdraw from the landmark Paris Climate Agreement, in the Rose Garden of the White House in Washington, D.C.., June 1, 2017. (REUTERS/Kevin Lamarque)

U.S. President Donald Trump refers to amounts of temperature change as he announces his decision that the United States will withdraw from the landmark Paris Climate Agreement, in the Rose Garden of the White House in Washington, D.C.., June 1, 2017. (REUTERS/Kevin Lamarque)

No sensuous pleasure can compare to the thrill of righteousness, and when the poor schlump stood in the Rose Garden and read his speech about America victimized by the crafty Europeans and the treacherous Chinese who designed the Paris accords, he could not have imagined the uproar he would cause. Moments later, everybody to the left of Jabba the Hutt was shaking their fists as if he had stuck his hand up under the Statue of Liberty's gown. Birds shrieked from the trees, small dogs growled, even heinous criminals looked upon him with loathing.

People love the chance to get all apocalyptic: The right wing has enjoyed this for years and now it was everyone else's turn. The polar icecap melting, the incidence of depression among chickadees rising, tooth decay in chickens, acorns falling, the planet turning to toast. Prophets of doom wherever you looked.

I am from Minnesota so I know about righteousness and I am a little tired of it. In Minneapolis, if you use the word "dark" to mean pessimistic or gloomy, you may be required to go through sensitivity training. Same for "left-handed compliment," which is derogatory to the state's half-million southpaws. Or if you offend Native peoples by referring to toilet paper as "t.p."

[Pulling out of Paris accord won't change climate reality]

Even though the scientists are right about climate change, the sanctimony is awfully heavy. It's like the people who told me the mortality statistics for heavy smokers back when I was doing four packs a day. They took satisfaction from my imminent demise and to demonstrate my immortality I upped my intake and switched to unfiltered Camels. The Paris accords were a bunch of drunks agreeing to go on the wagon, and what the guy at the podium did was to invest in a chain of distilleries. So what?

The man is only trying to please the folks who voted for him. They want him to walk into church and moon the clergy. They've always wanted to do it themselves but didn't dare offend their devout neighbors. So they went along, saying the appropriate things about Community and Cooperation and Tolerance and the Value of Education, which made them miserable because they didn't believe in any of that stuff. They believed in Family Loyalty and outsiders can go to hell. Be a winner. Race to the buffet table and pick all the beef out of the stew and let the others have the celery and onions.

It's a selfish world view but so what? Sew buttons on your underwear. They never had a champion until this guy came along and spoke for them loud and clear, and they eked out a narrow win in Michigan, Pennsylvania, and Wisconsin and now they're making the most of it. That's how it works. And every week or so, their guy walks up to the altar and drops his trousers.

The guy is trying to save the coal industry. We each have our causes. I am fighting for the typewriter industry and for the revival of rotary telephones. That doesn't make me a bad person. I think the 1951 Studebaker was the most beautiful car of the 20th century. With a few billion dollars in federal subsidies and a ban on foreign imports, we can bring the Studebaker back. This will be a great boon to South Bend, Indiana.

And he did the speech and was reamed by the media and academicians and loser Democrats, that whole high-fiber crowd, and you know what? He does not care. He is 70 and no scientist in the world says the sky is going to fall in the next 20 or 25 years so what exactly is the problem? Like his followers, he has no beliefs, only urges. Look at the expression of chill hauteur on the man's face as he shoves his way through the NATO heads of state to stand in front. It's all there. That's him. The Duke of Earl. When you know nothing, nothing can stop you.

Garrison Keillor is an author, radio personality and regular contributor to The Washington Post.