Yearning for the kinder, gentler America of George H.W. Bush 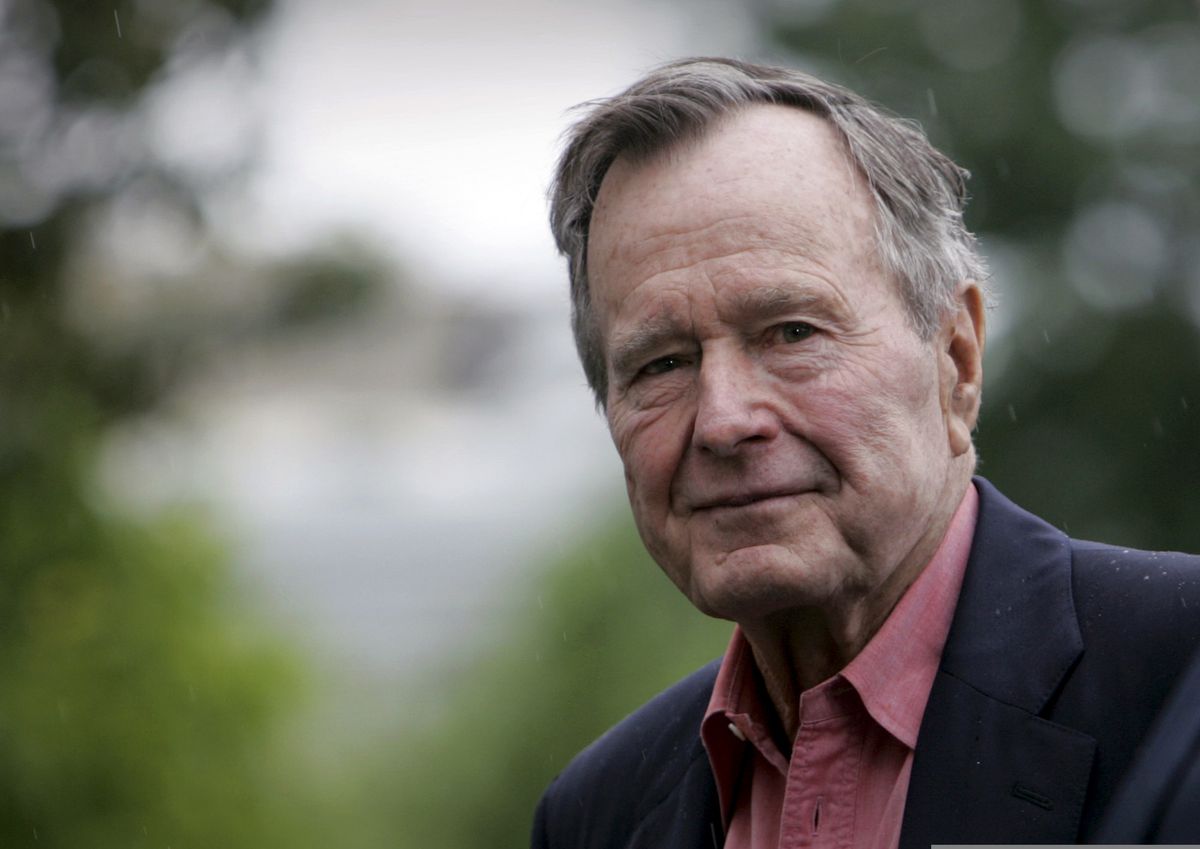 FILE - In this May 11, 2008 file photo, former President George H.W. Bush arrives on the South Lawn of White House in Washington. Bush died at the age of 94 on Friday, Nov. 30, 2018, about eight months after the death of his wife, Barbara Bush. (AP Photo/Lawrence Jackson, File)

FILE - In this May 11, 2008 file photo, former President George H.W. Bush arrives on the South Lawn of White House in Washington. Bush died at the age of 94 on Friday, Nov. 30, 2018, about eight months after the death of his wife, Barbara Bush. (AP Photo/Lawrence Jackson, File)

George H.W. Bush, who died Friday at age 94, was arguably our last president who ran on the strength of his experience - as a Navy pilot, congressman, Republican National Committee chairman, ambassador to China, CIA director and vice president. The presidents who followed mastered the art of campaigning and dominated the media (first old and then new), but we should not have been surprised that, once elected, they lacked to one degree or another the requisite skills, insight, judgment and, not insignificantly, the Rolodex to master the art of governing. If we want great presidents again, we might consider selecting them for the sort of experience and temperament Bush displayed throughout his adult life rather than for their ability to turn a particular phrase, micro-target voters and make competitors seem foolish or weak.

Honor is certainly not a word that comes to mind to describe the people who serve in the spots Bush once held. He was willing to lead a necessary war and be fiscally responsible even if the latter cost him his presidency, which it did. To do anything but his duty - in war and in peace - was unimaginable for him.

Can you imagine Bush ever willing to steer clear of lawmakers so the president could misrepresent the CIA's findings? Can you picture Bush ever going to a football game only to walk out to perpetuate a culture war in which peacefully protesting African-Americans were the target? Can you imagine Bush hurling insults from the Oval Office and calling the press the enemy of the people? No. And yet CIA Director Gina Haspel, Vice President Mike Pence and President Donald Trump do and act as if this is normal politics.

If we are filled with both admiration and sadness on Bush's passing, it is perhaps because we no longer consider depth of knowledge, kindness, restraint, modesty, flexibility, bipartisanship and good manners to be critical requirements for our leaders. With each successive election, we have selected political leaders more ignorant, mean, aggressive, egotistical, rigid, partisan and rude than those they replaced. Instead of a George H.W. Bush in the White House and Republican senators such as John Warner of Virginia, William Cohen of Maine, John Danforth of Missouri and Bob Dole of Kansas, we have the scourge of Donald Trump and Republican senators such as Ted Cruz of Texas, Tom Cotton of Arkansas and Mitch McConnell of Kentucky. One gains attention, as Sen. Lindsey Graham, R-S.C., has, for morphing into an unhinged, unprincipled partisan who no longer cares about getting it "right," just about testing the limits of what the public will buy.

Since Bush's presidency we've had some better and some worse presidents, but no great man in the White House; since the death of Sen. John McCain, R-Ariz., none in the Senate. We must find our role models elsewhere. We must work strenuously to contain and thwart ideologues' excesses, to make them smaller and therefore less dangerous to the republic. We rule out the most qualified and most restrained presidential challengers because they cannot stand up to an ignoramus and bully. The downward spiral continues.

Before we become entirely despondent (gee, this really is depressing), let's also remember that we are in the midst of a great democratic (small d) resurgence - in which more people voted in the midterms since 1966; in which hundreds of new candidates ran for offices up and down the ballot (in many cases because they could not stand what was happening to our country); in which citizens of all political persuasions have demonstrated peacefully in defense of democratic institutions and attempted to elevate discussion about the rule of law; and in which many Republicans and ex-Republicans crossed the aisle to vote for a Democrat (as George H.W. Bush reportedly did in the 2016 election) because that was best for America. The current crop of politicians have not stomped out the green shoots of decency, empathy, civility and honor that sprout around the country. The task is to cultivate these positive developments, reemphasize our democratic norms and reassert decency as a qualification for public office.

While we mourn Bush’s passing and celebrate his life, let’s also commit to emulate his finest qualities, and to demand them of our leaders. RIP, President Bush.