‘There is no such thing as a child prostitute’ 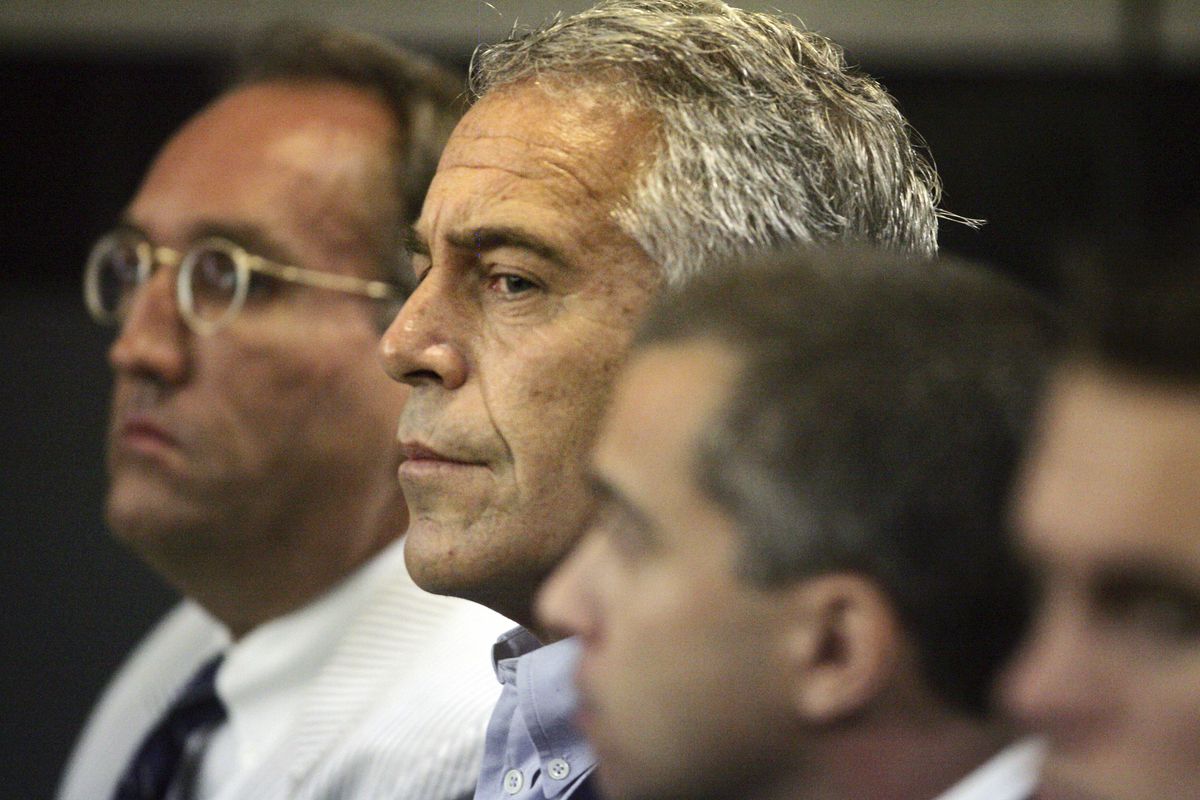 FILE - In this July 30, 2008, file photo, Jeffrey Epstein appears in custody in West Palm Beach, Fla. A last-minute settlement has been reached in a long-running lawsuit involving a Epstein, a wealthy, well-connected financier accused of sexually abusing dozens of teenage girls. The deal came Tuesday, Dec. 4, 2018, just before jury selection was to begin. (Uma Sanghvi/Palm Beach Post via AP)

FILE - In this July 30, 2008, file photo, Jeffrey Epstein appears in custody in West Palm Beach, Fla. A last-minute settlement has been reached in a long-running lawsuit involving a Epstein, a wealthy, well-connected financier accused of sexually abusing dozens of teenage girls. The deal came Tuesday, Dec. 4, 2018, just before jury selection was to begin. (Uma Sanghvi/Palm Beach Post via AP)

No one even knows how many girls there were.

Federal prosecutors identified 36. In “Perversion of Justice,”a stunning piece of investigative work by Julie K. Brown that was published last week, the Miami Herald reported that it has found 80. But accounts given by the girls themselves suggest there may be hundreds.

We're talking underage girls, some as young as 13, troubled children, children living in foster care, children of addicts and abusers, children of poverty and molestation, children who were homeless runaways, children who, in the early 2000s, were lured by promises of easy money to the Palm Beach estate of Jeffrey Epstein, a multimillionaire money manager whose friends included Bill Clinton and Donald Trump. There, they say they would massage him or watch him masturbate, perform oral sex or have intercourse. Epstein, they say, went through as many as three girls a day. Then those girls were sent to recruit others.

And as retired Palm Beach Police Chief Michael Reiter, who supervised the 2005 police investigation into this crime, told the Herald, "This was not a 'he said, she said' situation. This was 50-something 'shes' and one 'he' -- and the 'shes' all basically told the same story." Moreover, the stories were backed up by a trove of physical evidence. Epstein could have been put away for life.

Instead, Miami federal prosecutor Alexander Acosta offered the rich man a deal. He would plead guilty to just two charges of prostitution involving one 14-year-old girl. An ongoing FBI investigation would be shut down. He would serve 13 months.

You read all this in an escalating fury. But you literally don't know who or what to be angriest about.

There's Epstein, of course, seen in his mugshot smirking at the camera. There's Sarah Kellen Vickers, who allegedly scheduled his "massages." There's British socialite Ghislaine Maxwell, who allegedly (she denies it) organized sex parties and taught girls to perform to Epstein's satisfaction. There's a culture that, when faced with acts of exploitation and rape against women and girls, ponders how it can make the problem go away so as not to inconvenience the men.

And there's Acosta, who worked with Epstein's attorneys to shield this from the press, who failed to notify victims about the deal, though federal law required him to, who called a 14-year-old victim a "child prostitute." As human-rights attorney Yasmin Vafa told the Herald, "There is no such thing as a child prostitute. Under federal law, it's called child sex trafficking."

And that 13-month sentence? Epstein served it in a private wing of the local jail. Though sex offenders aren't allowed work release, he was permitted to spend 12 hours a day, six days a week, at his office.

Finally, save some fury for a system -- and society -- that obviously regards some of us as throwaway people to be given throwaway justice, the eloquent lies of the blindfolded lady with the scales notwithstanding.

As Courtney Wild, who met Epstein when she was 14 and still wearing braces, told the Herald, "He went after girls who he thought no one would listen to, and he was right.''

For the record: Vickers went on to marry a NASCAR driver. Maxwell runs an environmental nonprofit. Acosta is our secretary of labor. Epstein, who faces a civil suit on Dec. 4, lives on a private island and travels by private jet.

Meantime, Courtney Wild grew up to work as a stripper and became addicted to drugs. In 2016, she was arrested for trafficking amphetamines.

She was sentenced to three years.