Breaking the pattern of abuse 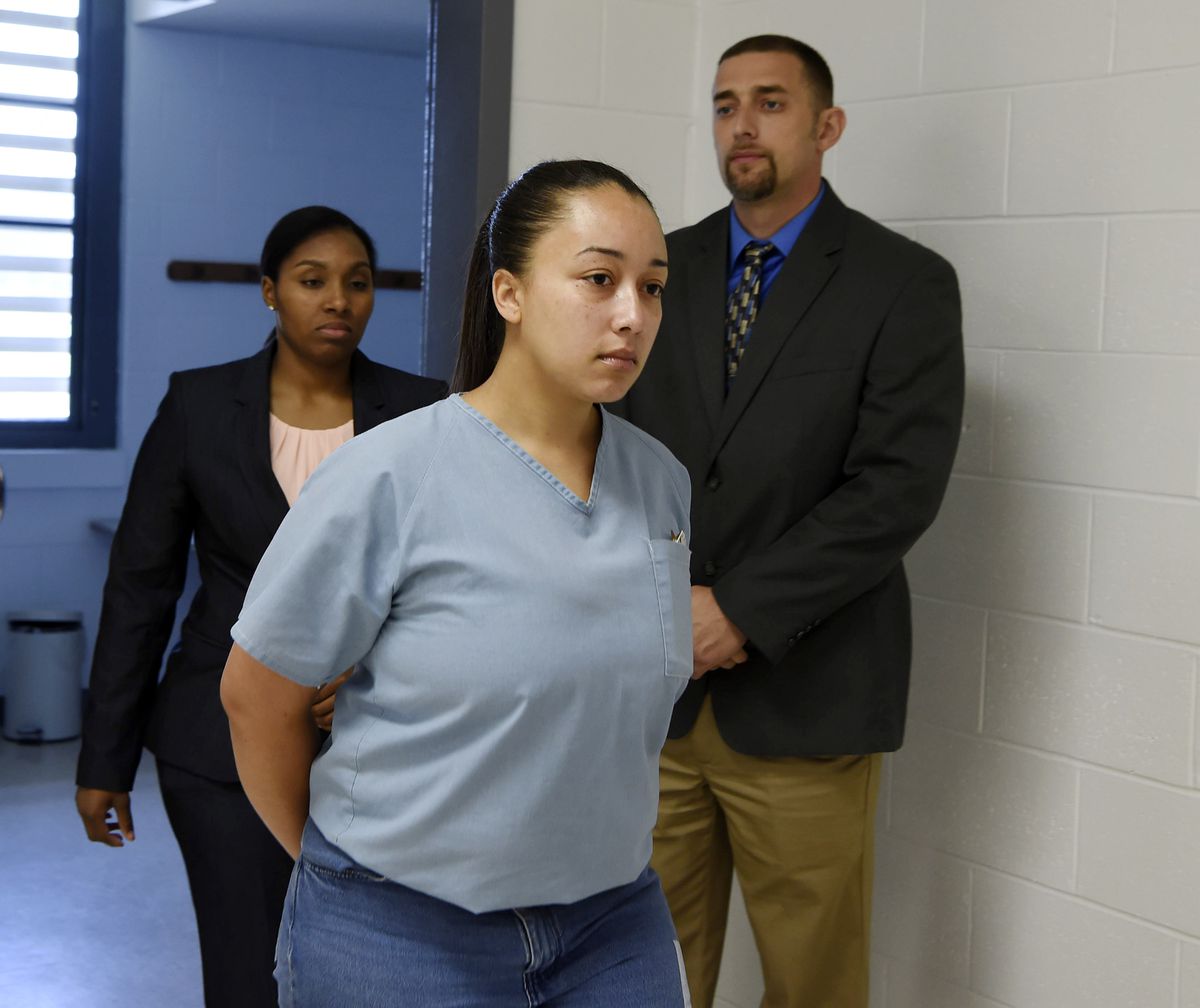 File- This May 23, 2018, file photo shows Cyntoia Brown, entering her clemency hearing at Tennessee Prison for Women in Nashville, Tenn. Tennessee Gov. Bill Haslam on Monday, Jan. 7, 2019, granted executive clemency to Brown, serving a life sentence for murder who says she was a victim of sex trafficking. The outgoing Republican governor, whose term ends in just two weeks, chose to show mercy to the now 30-year-old Brown by releasing her Aug. 7. (Lacy Atkins /The Tennessean via AP, Pool, File)

File- This May 23, 2018, file photo shows Cyntoia Brown, entering her clemency hearing at Tennessee Prison for Women in Nashville, Tenn. Tennessee Gov. Bill Haslam on Monday, Jan. 7, 2019, granted executive clemency to Brown, serving a life sentence for murder who says she was a victim of sex trafficking. The outgoing Republican governor, whose term ends in just two weeks, chose to show mercy to the now 30-year-old Brown by releasing her Aug. 7. (Lacy Atkins /The Tennessean via AP, Pool, File)

Tarana Burke started #MeToo in 2006 with the goal of fostering empathy and empowerment among and for women of color who are victims of sexual abuse. Since the movement went national in the fall of 2017, I’ve heard from men who have asked me, “How can I help? What can I do?” This week, Tennessee Gov. Bill Haslam, a Republican, gave them an example when he commuted Cyntoia Brown’s life sentence for murder.

As a teenager, Brown was forced into prostitution. In 2004, when she was 16, she shot and killed a man who bought her for sex; later she would say that she feared both her client and the pimp who sold her. When Haslam announced that Brown would be released from prison, he cited her remorse and the work she'd done to change her life, saying "transformation should be accompanied by hope." The governor's actions and these words exemplified the empathy and empowerment we need to strive for when we speak of the change the #MeToo movement is working toward. A man in a position of power showing empathy and consideration to Brown's painful history was a watershed #MeToo moment. It must not be the last.

Brown's case makes visible the experiences of women of color who get caught up in the criminal-justice system because they have been sexually abused and who are victimized again after they are incarcerated.

Sexual abuse is a huge part of the pathway to prison for women. Female inmates aresubstantially more likely than male inmates to have a prior experience of sexual and physical violence. Combine this with the known strong relationship between sexual and physical abuse and drug abuse and the immoral "war on drugs," and sexual violence often becomes the event that turns women into inmates.

I challenge you to put yourself in Brown's place. You're a homeless teenager, living with an abusive man who rapes you and forces you to have sex for money. A middle-aged man buys you for $150 and rapes you again.

We live in a nation that deferred to Trayvon Martin's killer when he said he "felt threatened," but we don't extend the same consideration to sex-trafficked girls, or take the circumstances of their crimes into account when they're tried and sentenced.

Girls and women like Brown can encounter more sexual violence in prison. When their abuser is a guard, as they so often are, even if they report the abuse no action may be taken.

According to a Jurist report, 41 percent of state prison guards at female correctional facilities are male. This creates the dangerous and abused power dynamics that led to at least 30,000 incidences of sexual abuse against female inmates in the United States. These guards are empowered to perform strip searches, observe inmates in bathrooms and showers, and be in other positions of power.

Needless to say, this power can be abused with little or no consequences. An Equal Justice Initiative investigation of an Alabama prison found guards raping, groping and even impregnating inmates. Women who reported this abuse were further victimized. The men who perpetrated the acts, though? Of the six prison guards convicted of sexual abuse crimes over a three-year period, only one faced more than five days of incarceration.

When we place people in prison, we take on the responsibility of that individual's care, safety and dignity, no matter their offense. We can't fail in those responsibilities if we expect to empower and rehabilitate women and break the cyclical pattern of violence and abuse.

And by the way, this is all financed with our tax money, which flows to the large corporations that run our prisons and use their profits to influence our elections. In our name.

We've made huge strides in changing the systemic sexual status quo in corporations, in the entertainment industry and in politics. But we have not been sufficiently focused on the women in our criminal-justice system and those in other marginalized communities and professions.

As part of the movement Tarana Burke inspired, in 2019, I'll be pushing for legislation to stop the sexual victimization of all at-risk-marginalized women. I'll be working to hold employees who perpetrate sexual violence accountable in meaningful ways - and to hold the for-profit companies that get rich while allowing the abuse of these women financially and criminally liable for the acts their employees commit. I'll be amplifying the voices of women who have been abused in our prison system. And if you're a prison employee who is committing or has committed sexual abuse, a prison administrator who has looked the other way or punished inmates for reporting, or a businessman or politician who has cashed a check on the backs of these victims' vulnerability, get ready. Justice is coming.

Everyone deserves freedom from sexual abuse and violence. And the opportunity to evolve from a victim to a survivor - and from a bystander to an ally - belongs to everyone. That's what I'm fighting for. I hope you'll join me.

Alyssa Milano is an actor, activist and producer. She is also the founder of #NoRA, focused on counteracting the influence of the gun lobby in the American political system.