The Mueller report is in its supernova stage 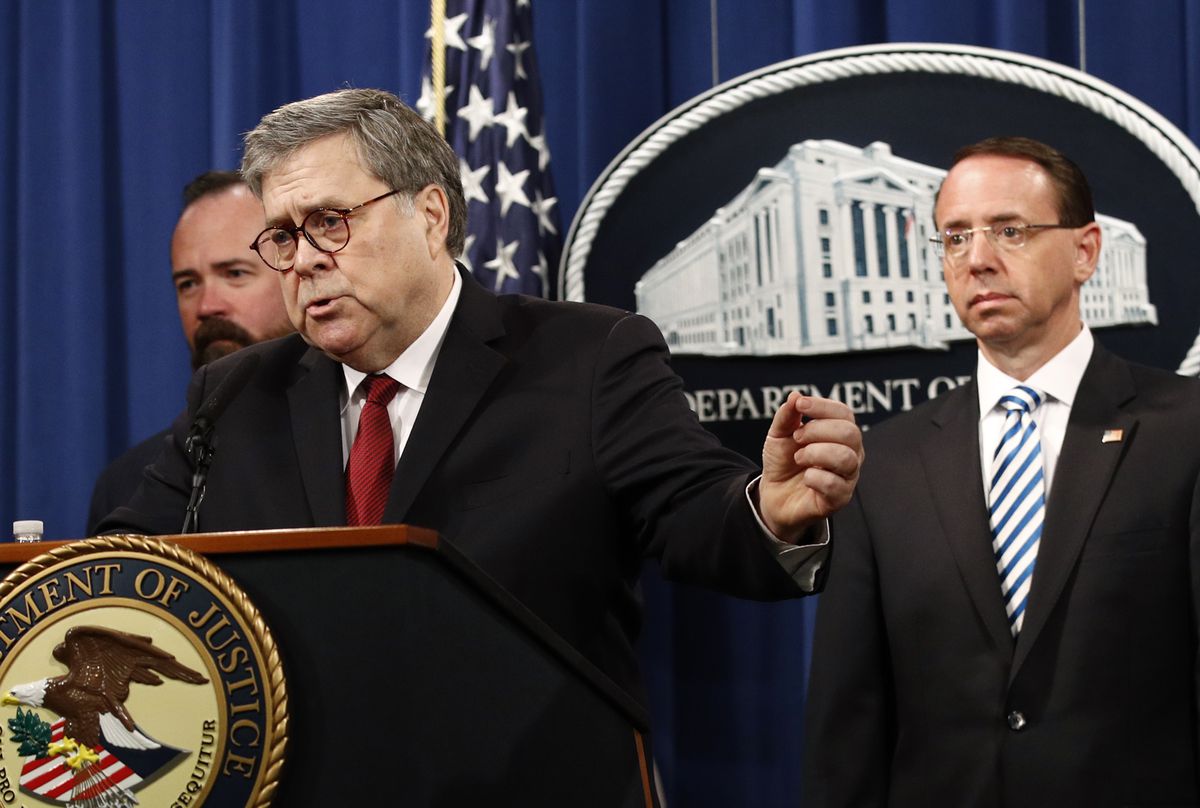 With Attorney General William Barr’s news conference Thursday and the release of the redacted special counsel report, the Russia collusion saga has reached its supernova stage. For a while, there will be a burst of light and a swelling of attention over the report’s findings on this or that unflattering data point, but the whole sad affair is probably destined to fade. For Democrats, the threshold question is whether they will be tempted by the ephemeral light of impeachment.

The conclusion that there was neither collusion nor obstruction means the hopes and dreams of President Donald Trump's critics - that he would be indicted - have reached a dead end. On Thursday, Barr said clearly that the Russians "did not have the cooperation of President Trump or the Trump campaign - or the knowing assistance of any other Americans for that matter." And on obstruction, he noted that "the President took no act that in fact deprived the Special Counsel of the documents and witnesses necessary to complete his investigation."

No one expects Democrats in Congress or the partisans in the media to see it that way or to accept the results of Robert Mueller's report as final and move on. And who knows whether the president will be impeached, but their quest for collusion has been dealt its fatal blow. The shouting and posturing in the days ahead will only amount to the president's critics chasing their tails. Good luck trying to sell to an already fatigued public the idea of obstruction of justice without an underlying crime or claiming the president tried to obstruct an investigation that he had the authority to stop at any time. Everyone has already made up their minds about the Mueller probe and the Russia-Trump connection. And oh by the way, the other Trump-related investigations and scandals seem destined to be just background noise. None appear fatal.

It is probably too much to hope that the news media and the permanent campaign establishment will move on from Mueller and Russia and talk about something else. And it is no secret that there is a substantial block of the angry left represented by Democrats in the House who want to impeach the president for something. The problem is that the "something" is still proving to be elusive. The shouting and posturing in the days ahead will continue, but I am not sure how Democrats see impeachment working for them politically. I am not sure if it is a net plus for the Democrats or a net minus.

Trump as the victim of a partisan crusade could reinforce the idea that the Democrats are obsessed with him and that they are not tending to business. It is also possible that a lot of voters think Trump is probably guilty of some type of obstruction but that it does not rise to the level of supporting a national distraction and a months-long, futile impeachment process. Support for impeachment has dropped in recent months, declining from 43 percent in favor in December to just 36 percent, according to a CNN poll released last month. Obviously, this polling was done before the Mueller report supernova erupted. It will be interesting to see if cool heads prevail among Democrats or if they cannot resist the urge to pursue the bright light of impeachment.

Ed Rogers is a Washington Post columnist, a political consultant and a veteran of the Ronald Reagan and George H.W. Bush White Houses and several national campaigns. He is the chairman of the lobbying and communications firm BGR Group, which he founded with former Mississippi governor Haley Barbour in 1991.